Underground War in the West ([Ministry of Information], circa 1943) illustrated by Terence Cuneo 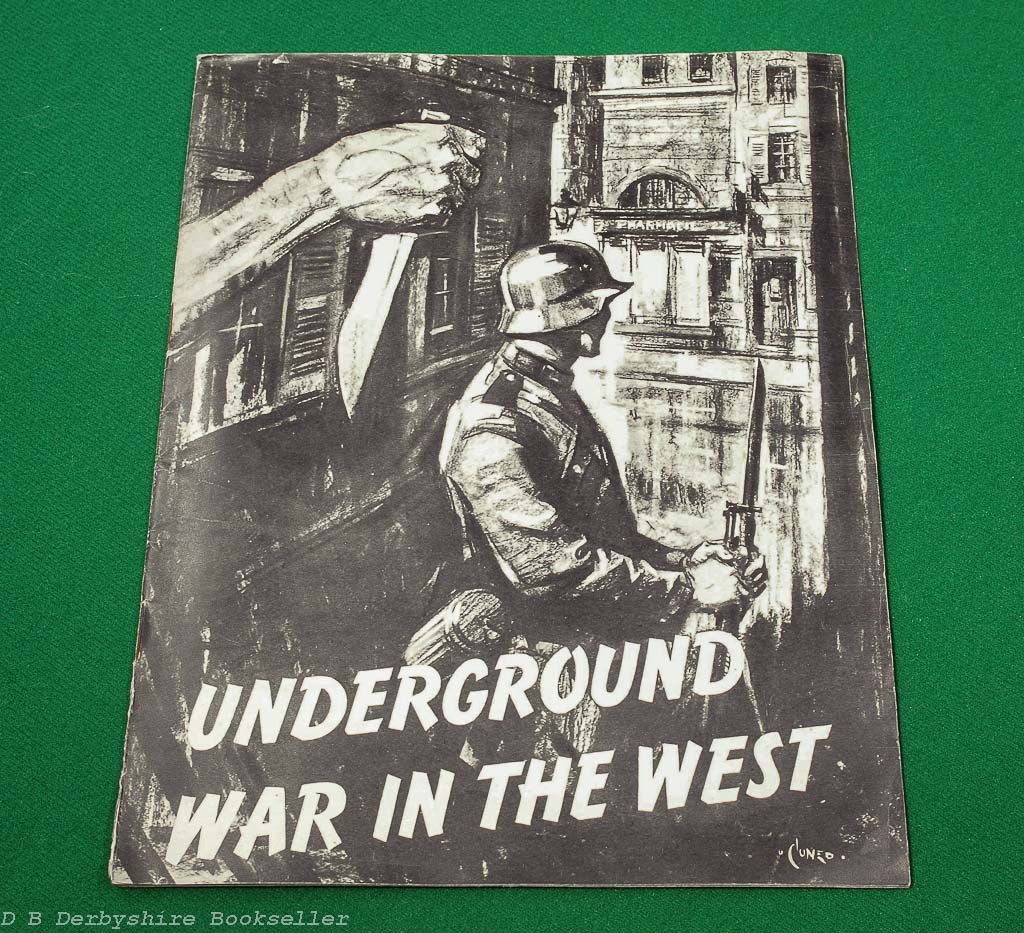 Underground War in the West

text by Anon., illustrated by [Terence] Cuneo
[Ministry of Information], circa 1943

From the text: The drawings in this book by a British soldier-artist bring home the unending struggle which the men and women of the oppressed nations of Europe are carrying on against their uneasy “conquerors”. Daily, patriots escape to Great Britain to carry on the fight in the open. Upon their stories the illustrations in this book are based. 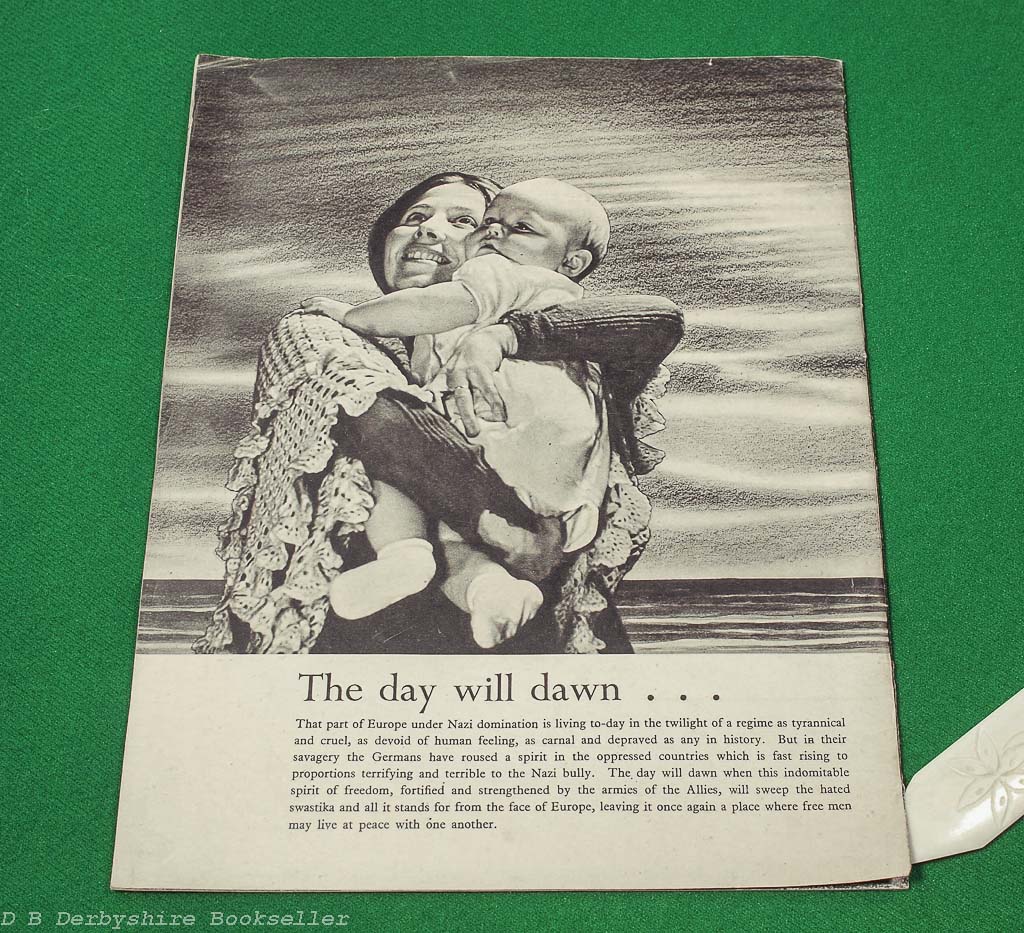 Terence Tenison Cuneo (1907-96), artist and illustrator well known for his large body of work featuring railway and military scenes, his trademark mouse often found in many of his paintings.

Early in the Second World War Cuneo served with the Royal Corp of Signals before transferring to the Royal Engineers. During this time he was commissioned to produce, on behalf of the Ministry of Information, a series of drawings depicting the activities of the Resistance in occupied Europe. He completed twenty-four large drawings which were exhibited as ‘The Unconquerable Soul’ at Charing Cross underground station in 1942, many of these drawings then appearing in this propaganda publication.

Covers a little rubbed and worn, split to tail of spine. Covers and pages creased and a little crumpled to top edge margin and upper corners. Staples rusting. A touch dusty but generally clean throughout. 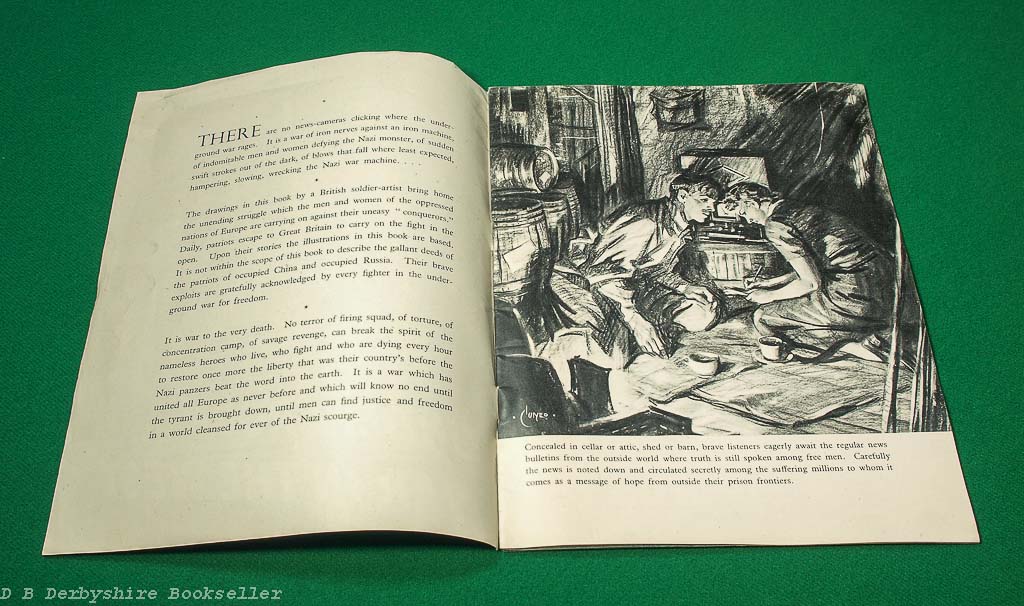 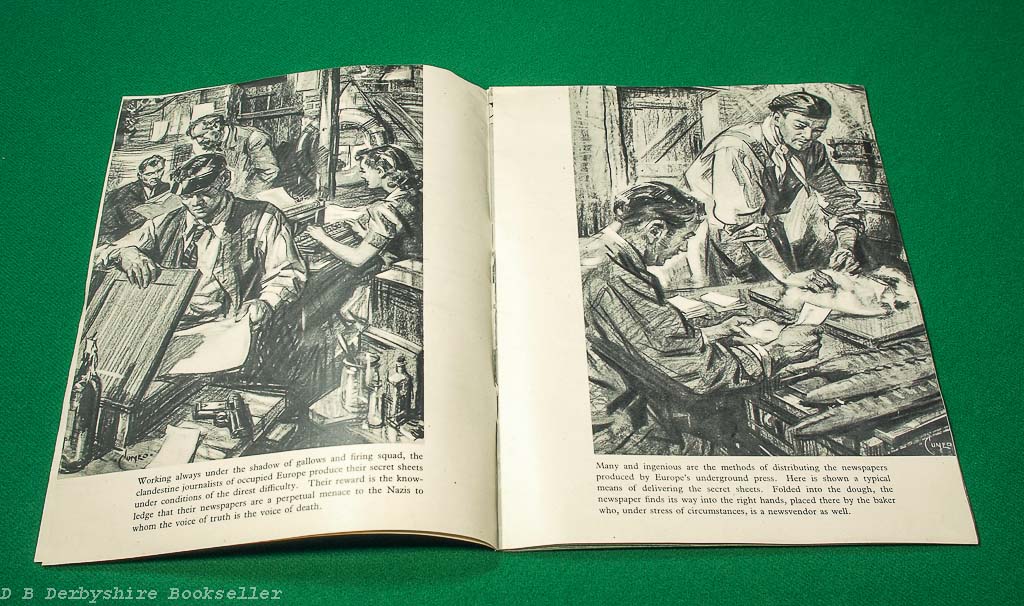 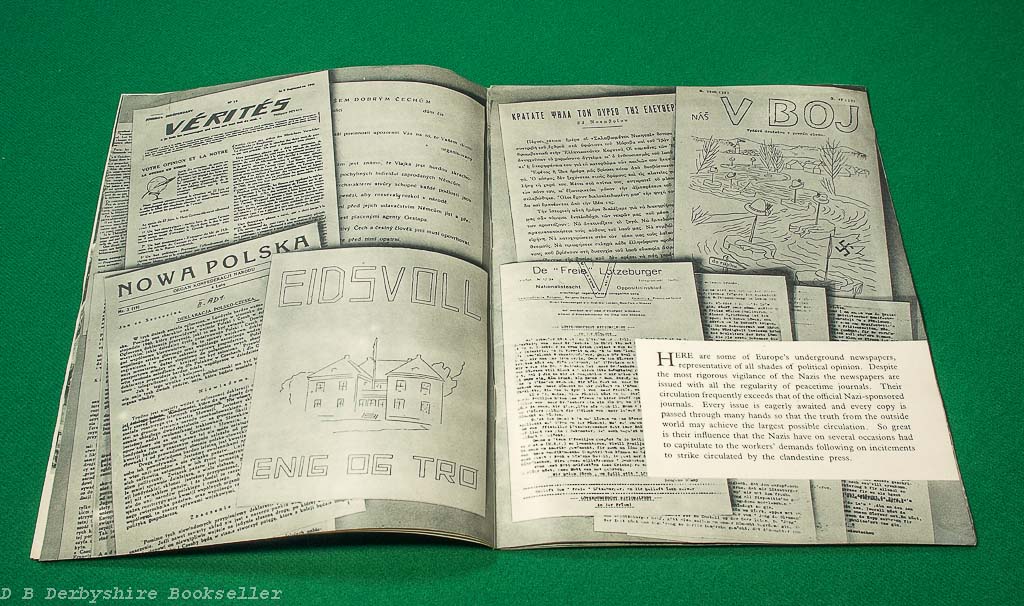 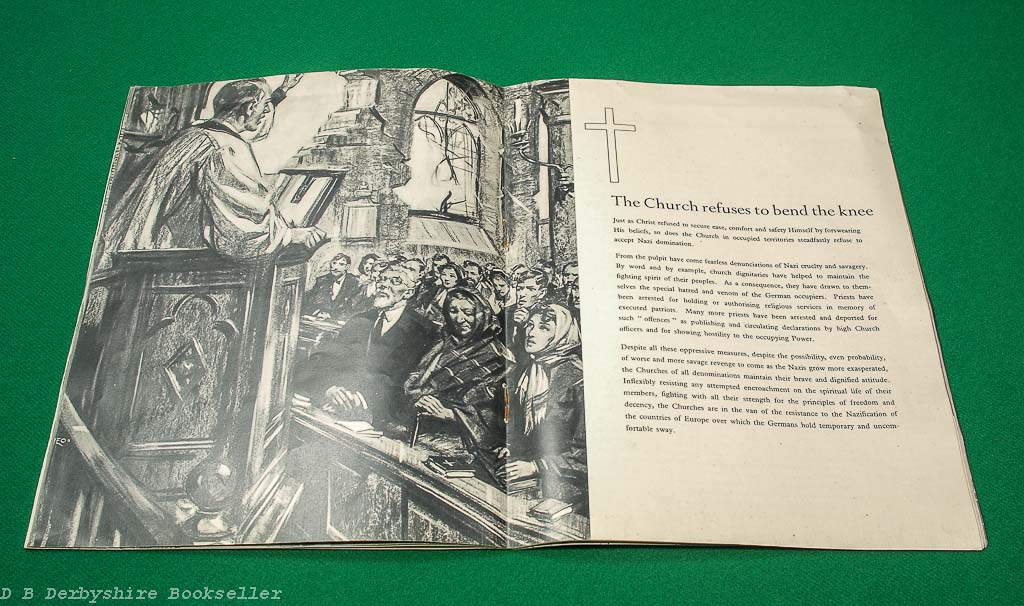 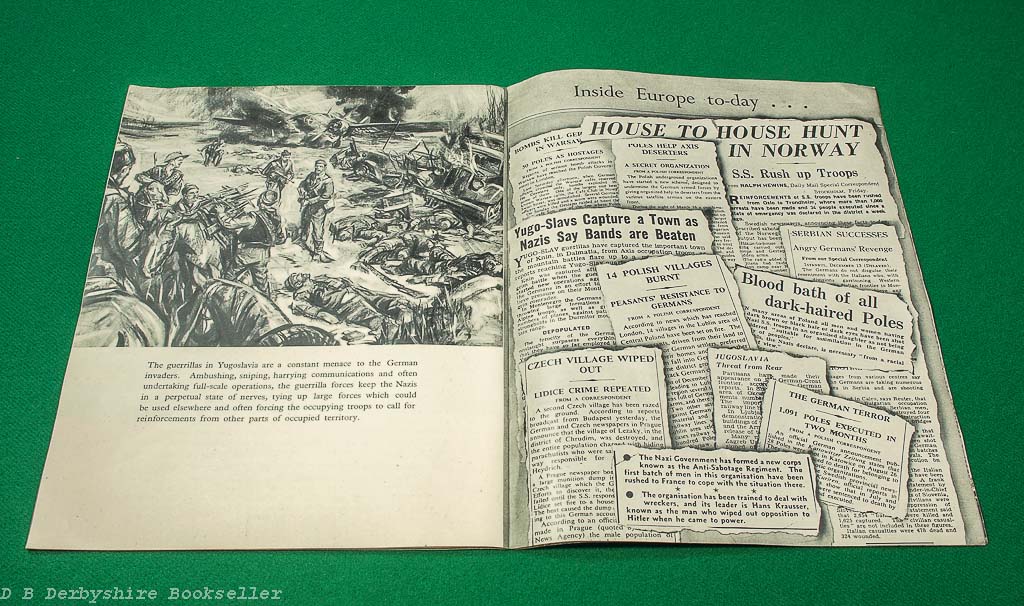 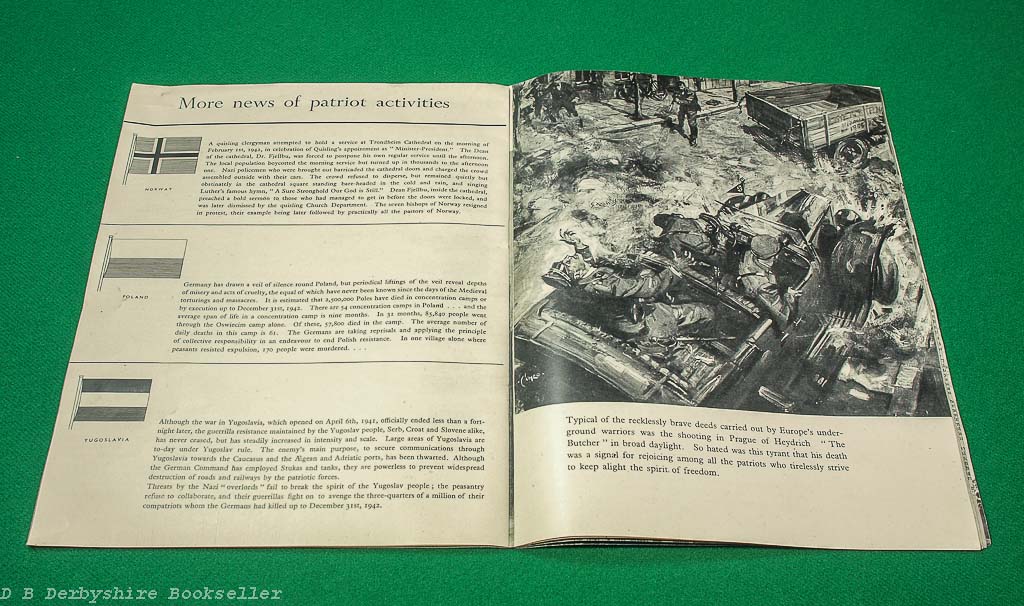