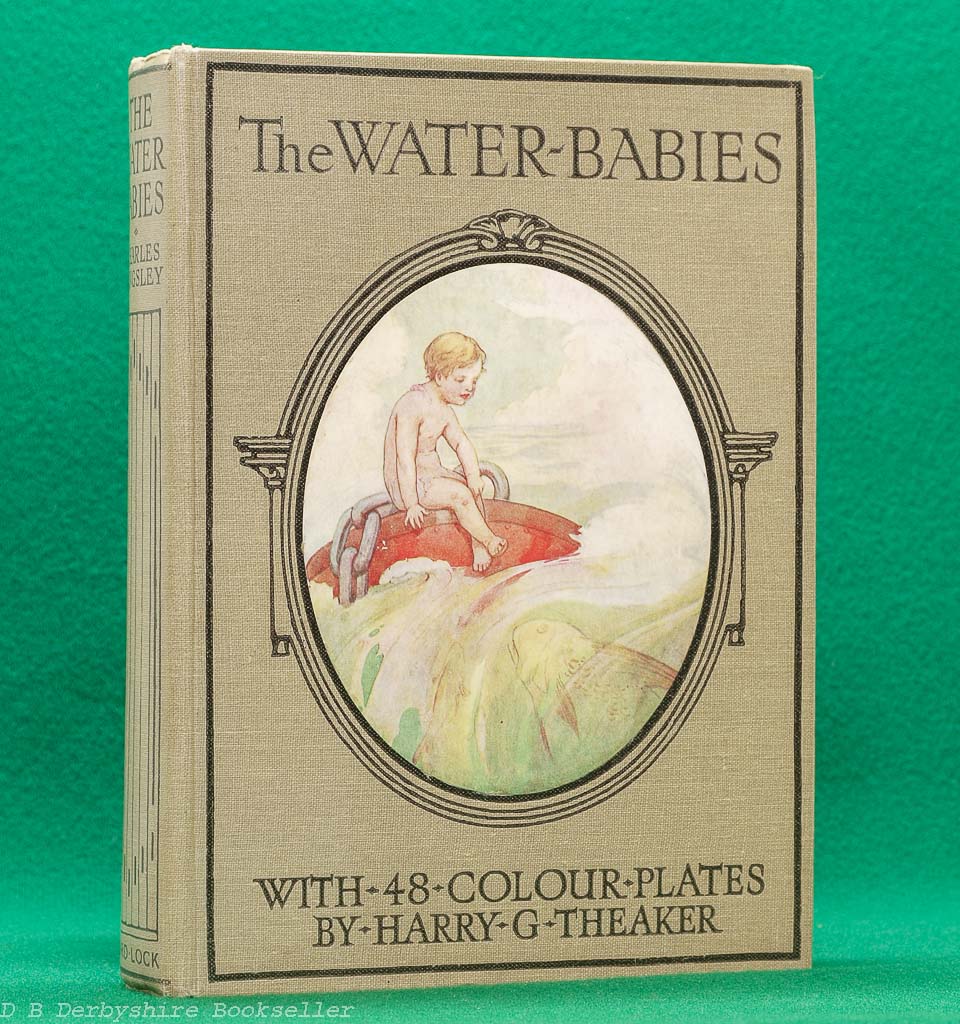 A volume in the 48 colour plate (incl. endpapers) ‘Prince Charming’ series from Ward, Lock & Co., published from the late 1910s and through the 1920s/1930s. Titles include ‘Alice in Wonderland’, ‘Hans Andersen’s Fairy Stories’, ‘Robinson Crusoe’, ‘The Water-Babies’, and ‘Tales from Shakespeare’. 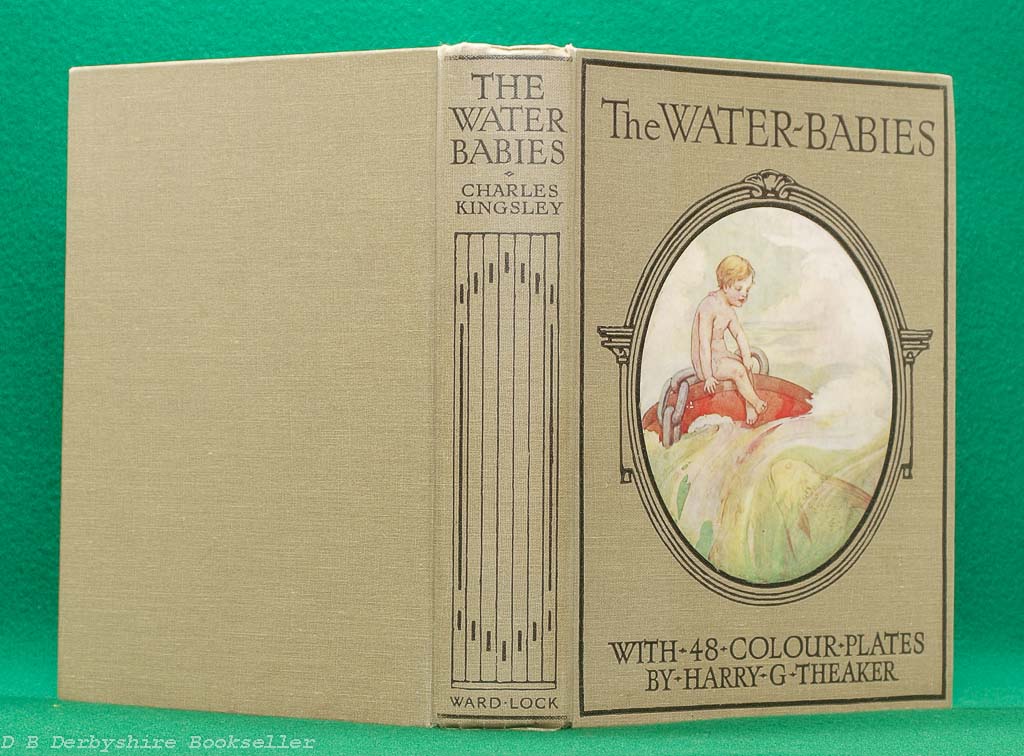 Cloth lightly worn and rubbed to extremities. Occasional light foxing but generally pages clean throughout; spotting/foxing to edges of page-block with some encroachment on to page margins. 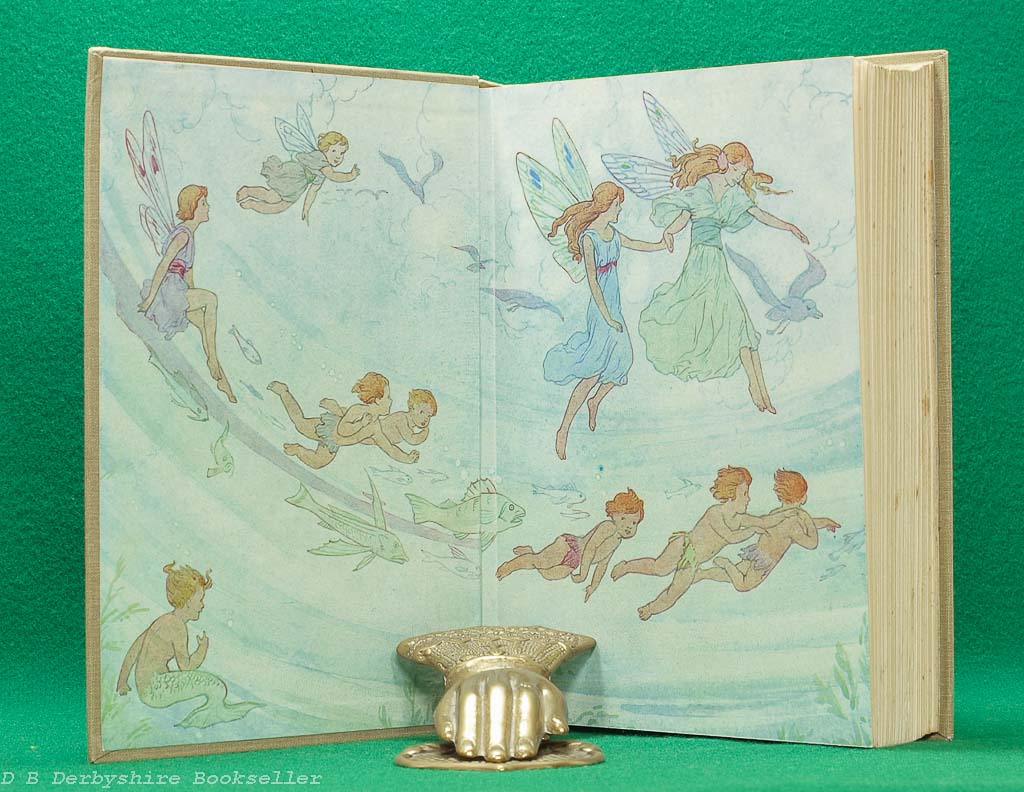 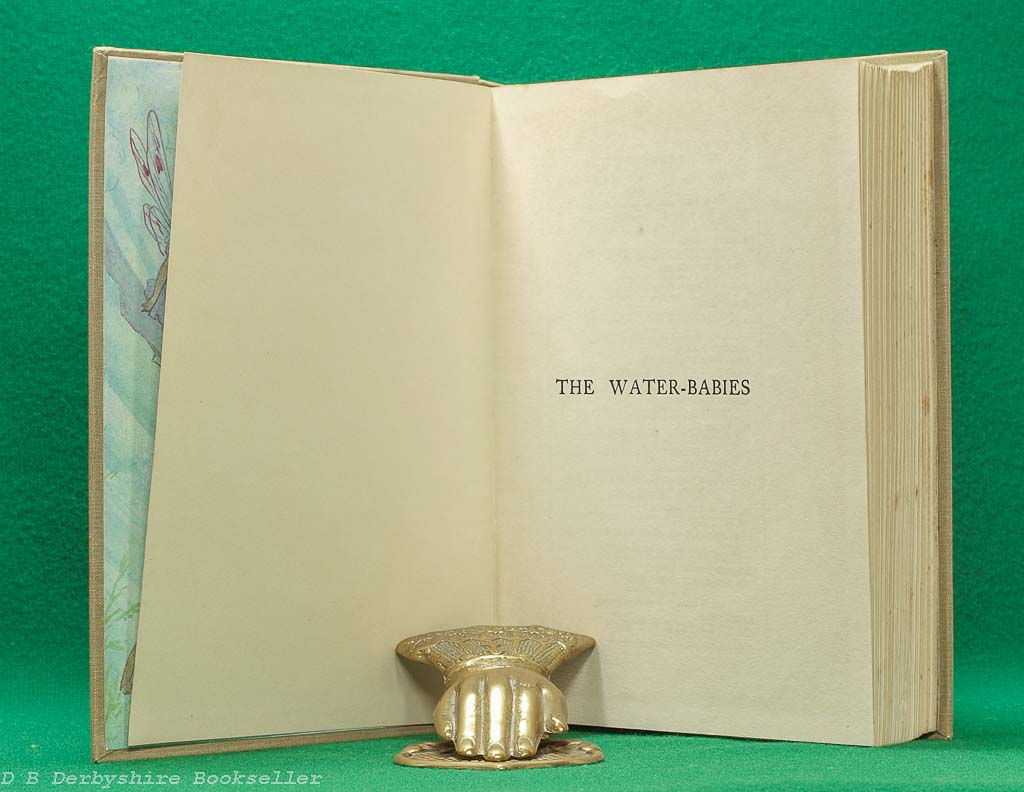 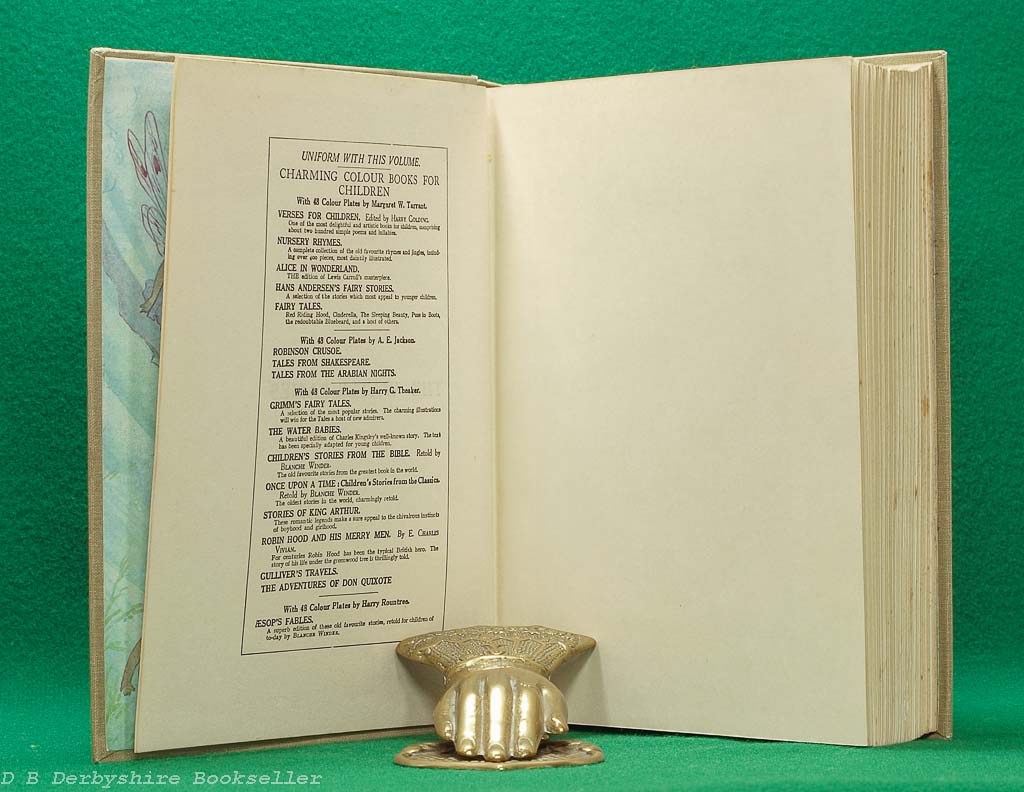 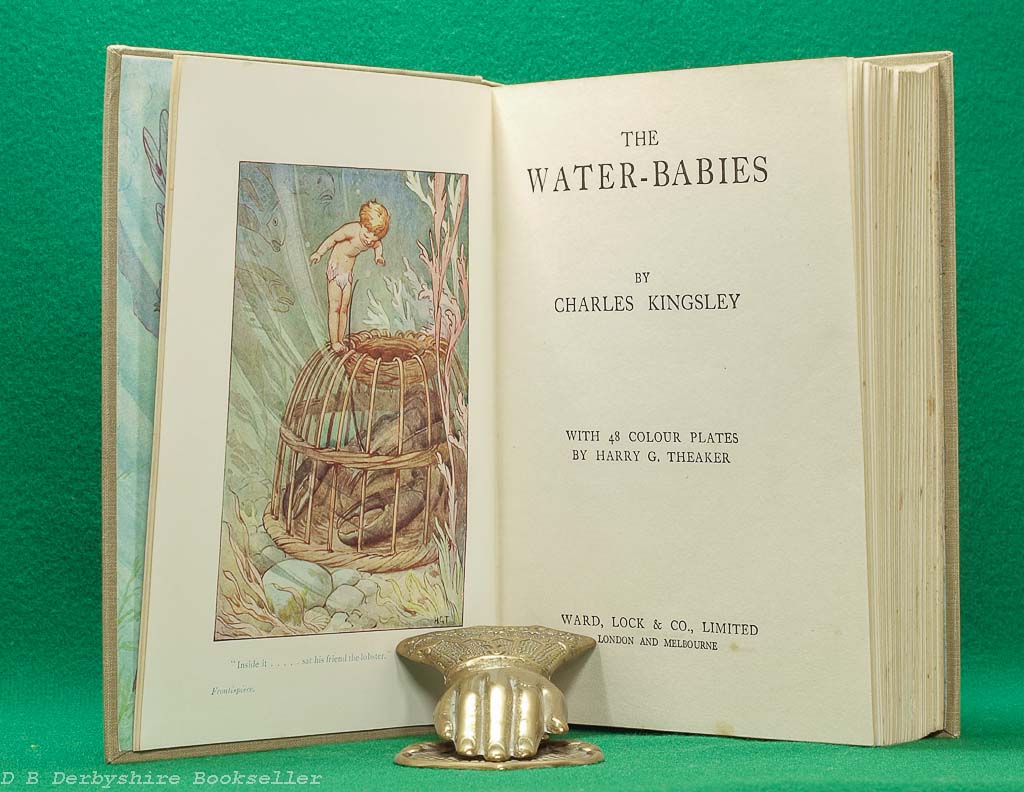 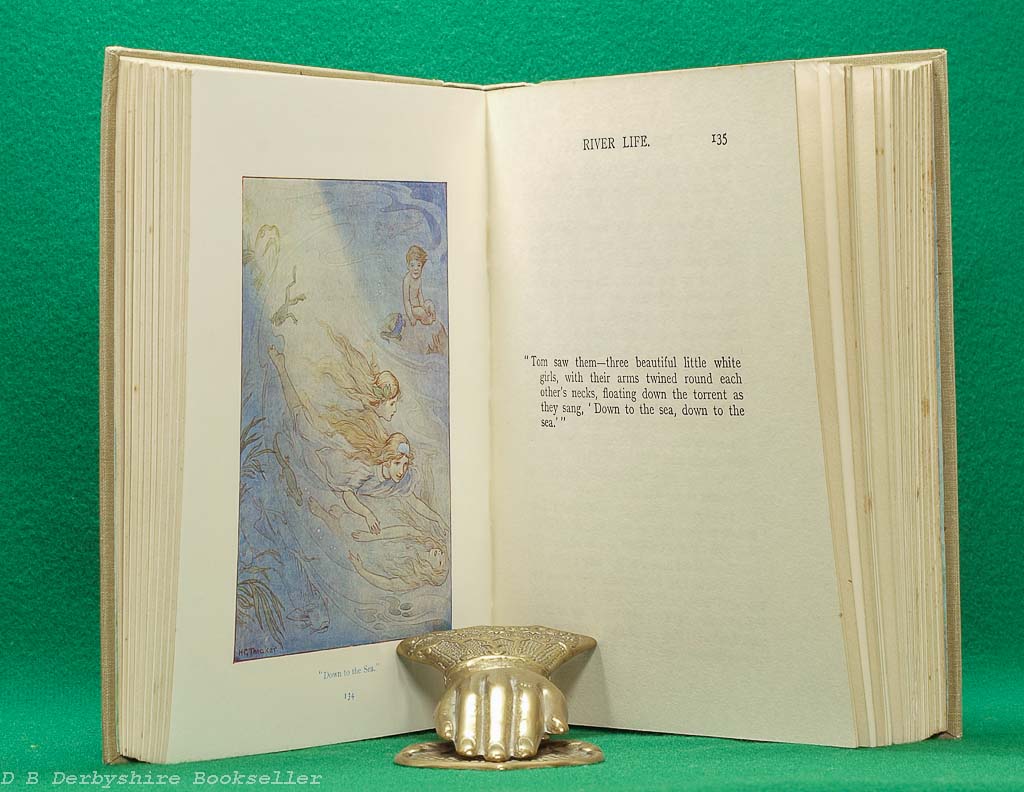 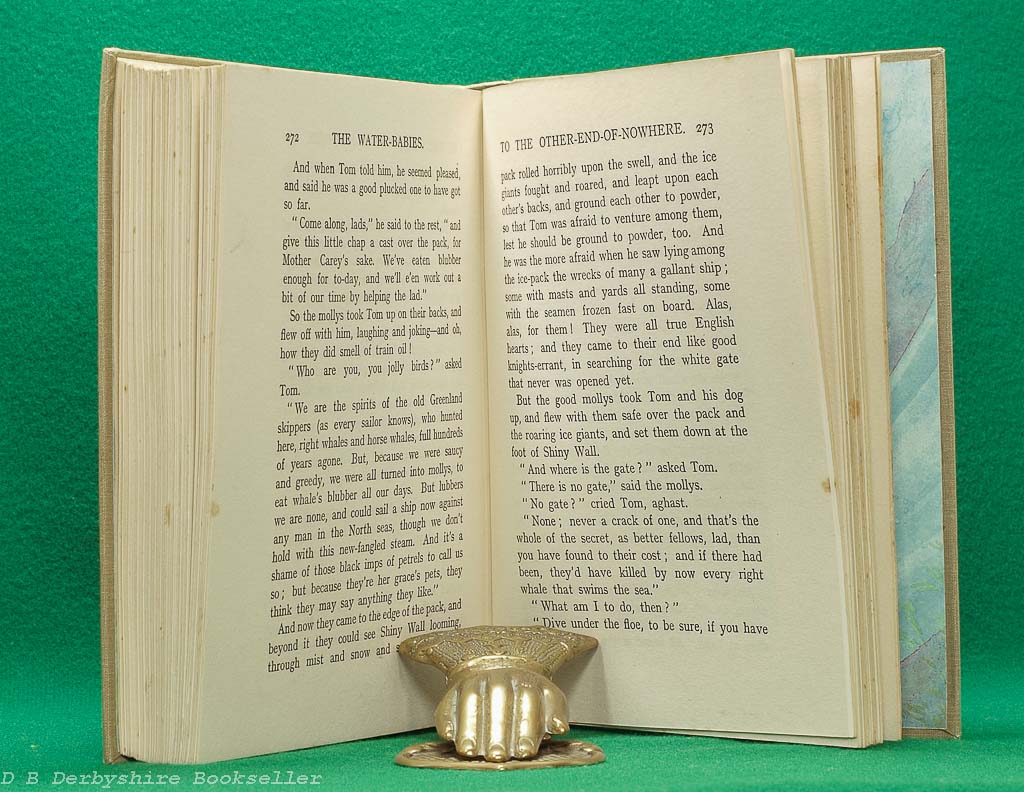