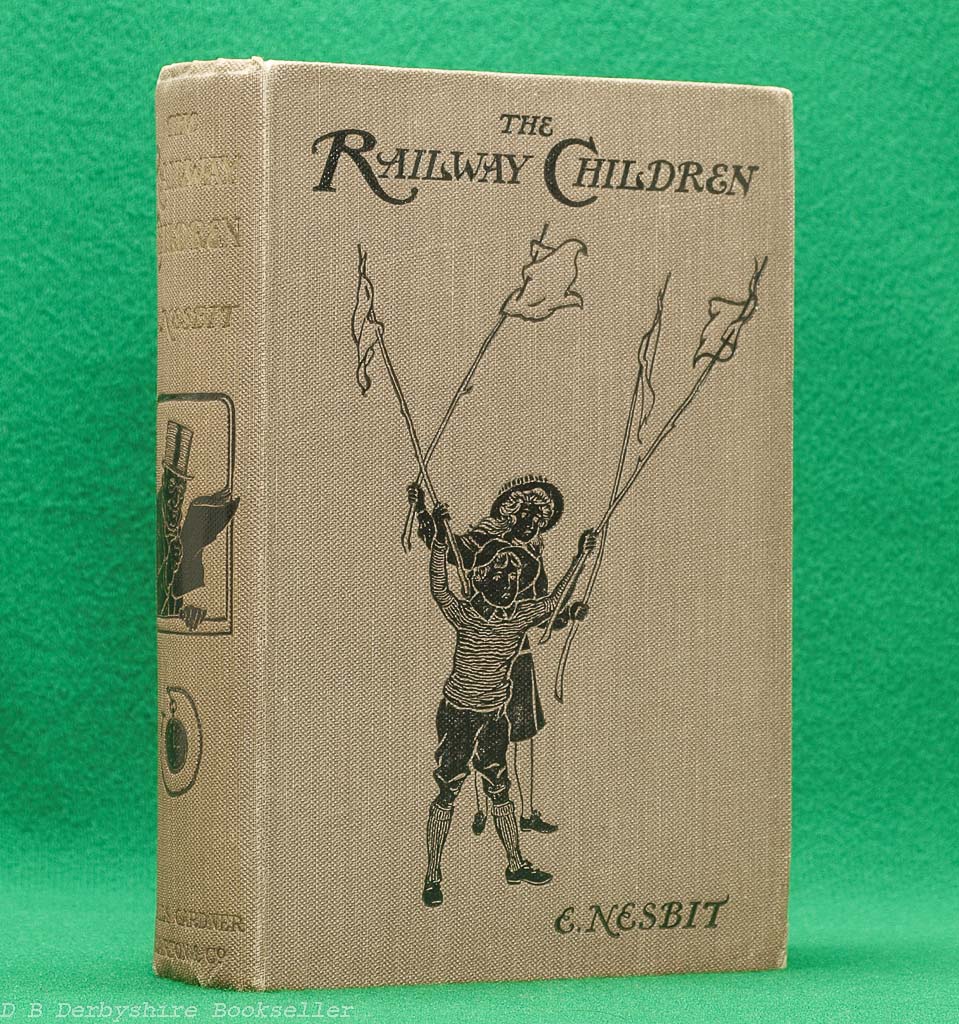 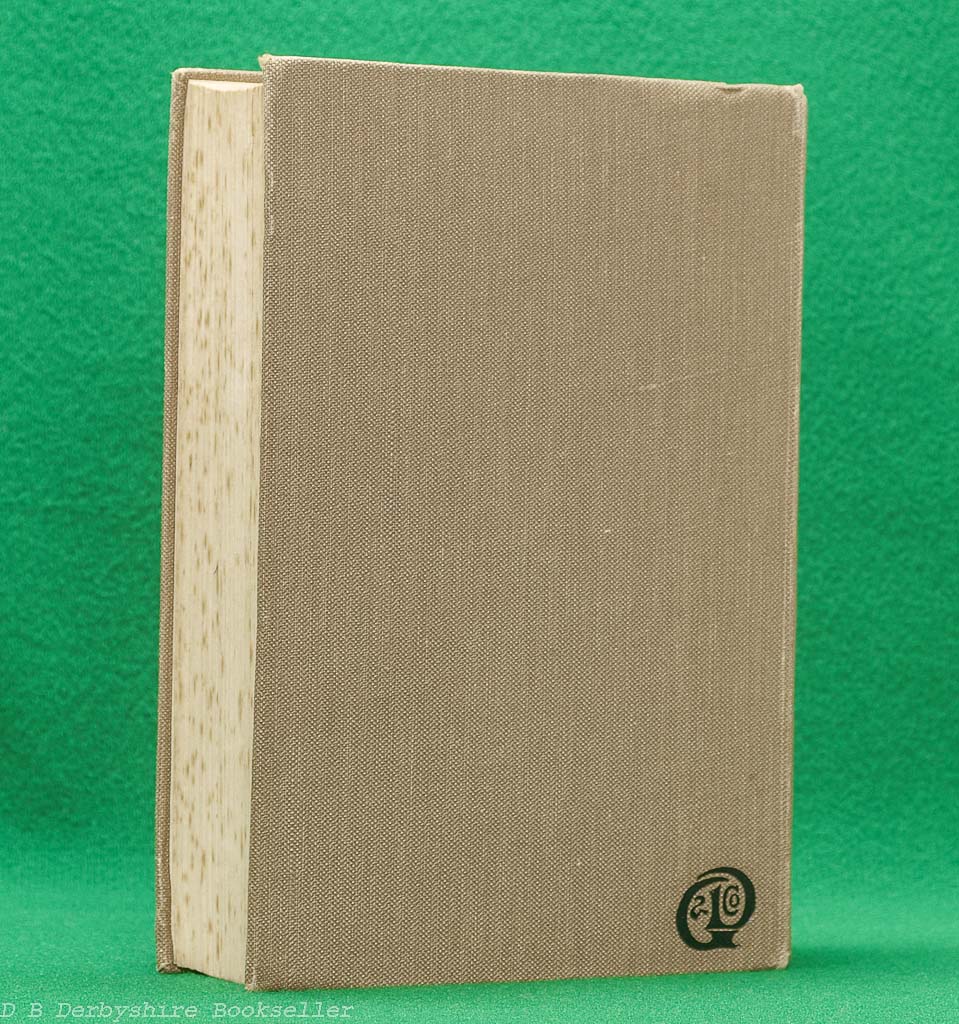 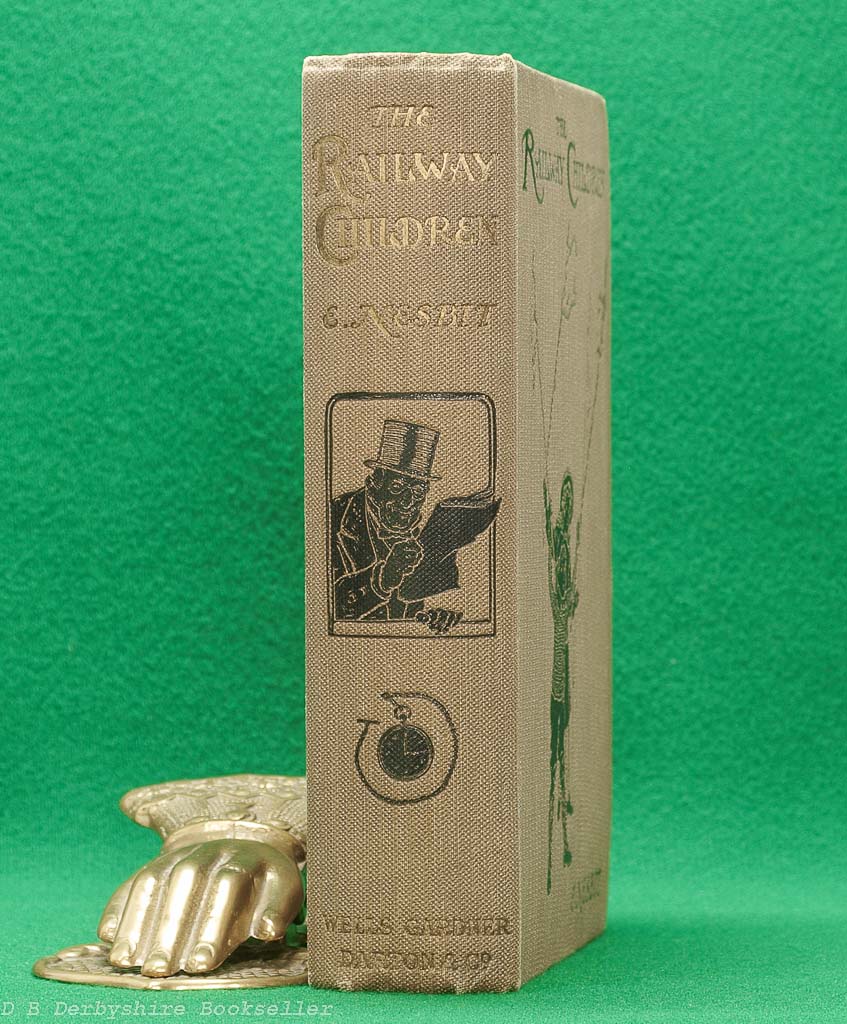 ‘The Railway Children’ has been adapted several times for radio, television and stage. The 1970 film directed by Lionel Jeffries and starring Dinah Sheridan, Bernard Cribbins, and Jenny Agutter as Bobbie is perhaps the most well known and beloved production.

This copy identified as the Fifth Edition to title page verso. Undated except for Copyright 1906, this being the first book form publication date. A publisher’s catalogue bound in at rear is also undated however none of Nesbit’s titles post 1905 (Oswald Bastable and Others) are mentioned and ‘Runaways & Castaways’ edited by E. V. Lucas was published in 1908*. Nothing conclusive and could well be later (pre 1914-18 Great War?), but short of a helpful contemporary inscription dating is always going to be difficult. Earlier editions, apart from 1906 1st edition, are also undated*.

Light shelf wear and rubbing to cloth; spine ends a touch worn and turned-in; bumped to lower corner of front board and a little soft; knock to top edge of rear board; gilt dulled to spine. Lacking original front free endpaper – at some point in this copy’s life a replacement free endpaper (from another, slightly smaller, book it appears) has been tipped-in; corner crease to half-title page; foxing/spotting to edges of page-block with some encroachment on to page margins, otherwise some occasional foxing but generally pages clean throughout; a smoky/nicotine or musty odour – not entirely unpleasant but obvious nevertheless.

Overall, showing some light wear but otherwise a nice, clean copy in collectable condition – quite lovely. 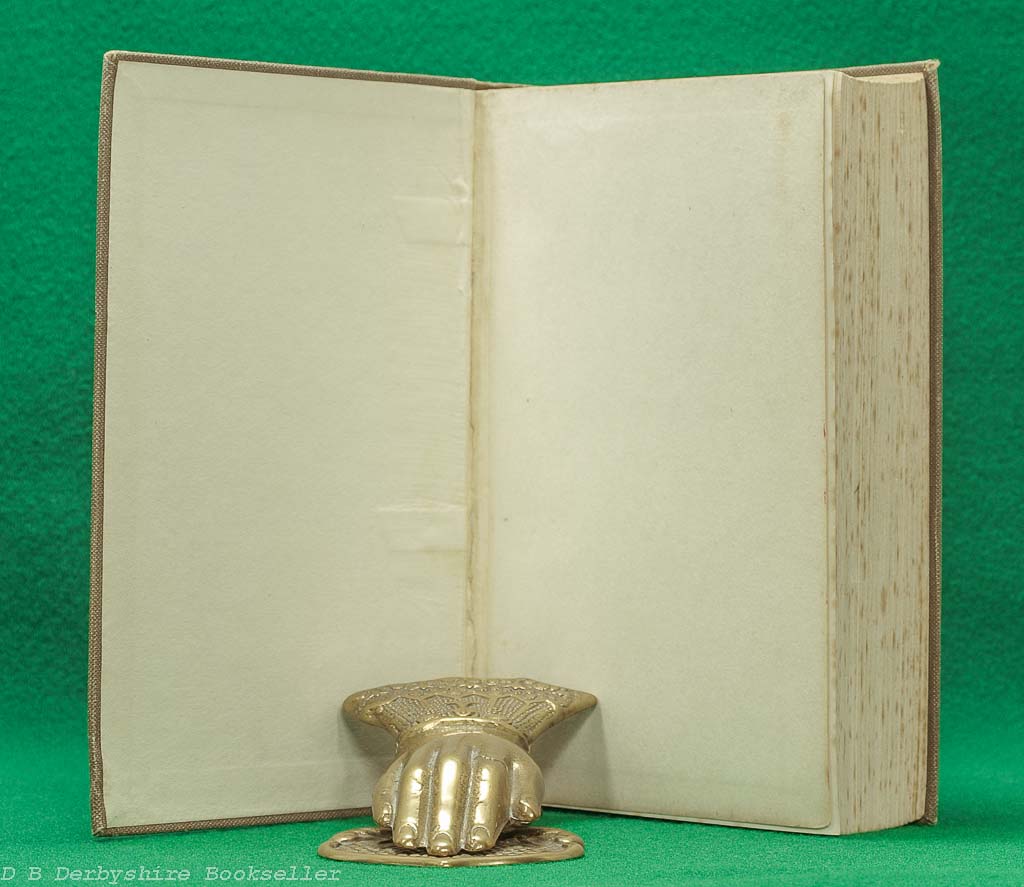 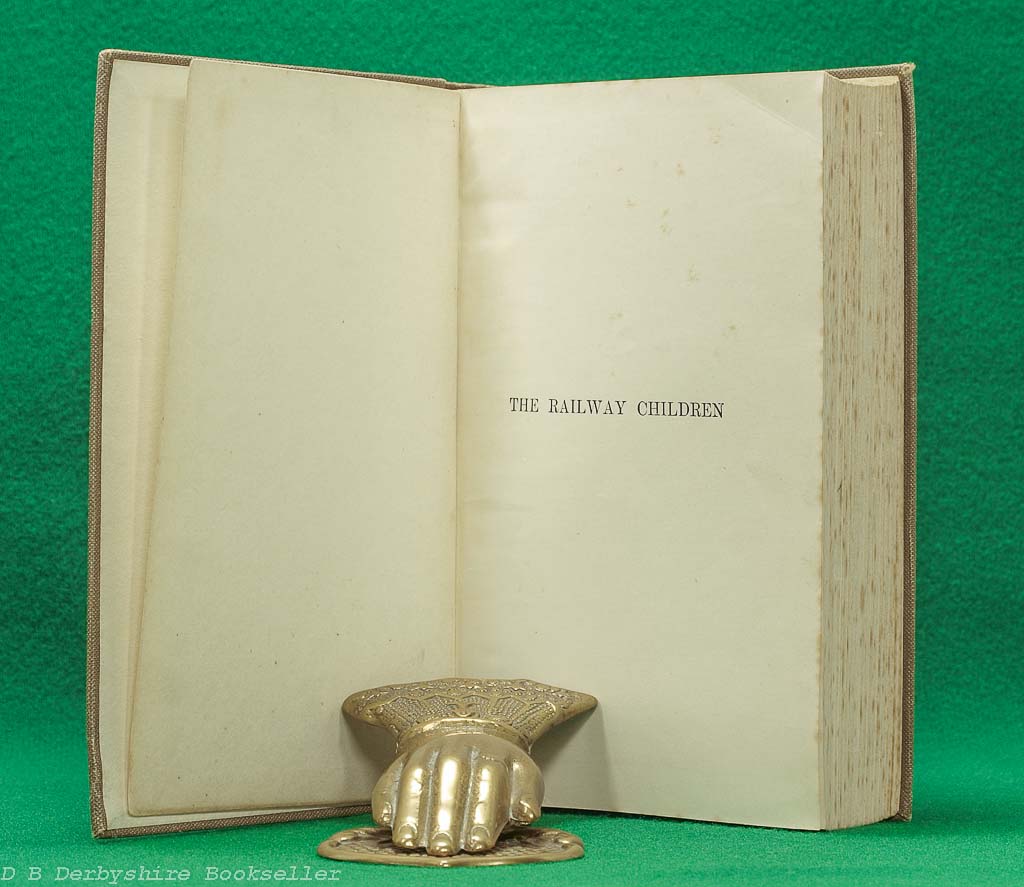 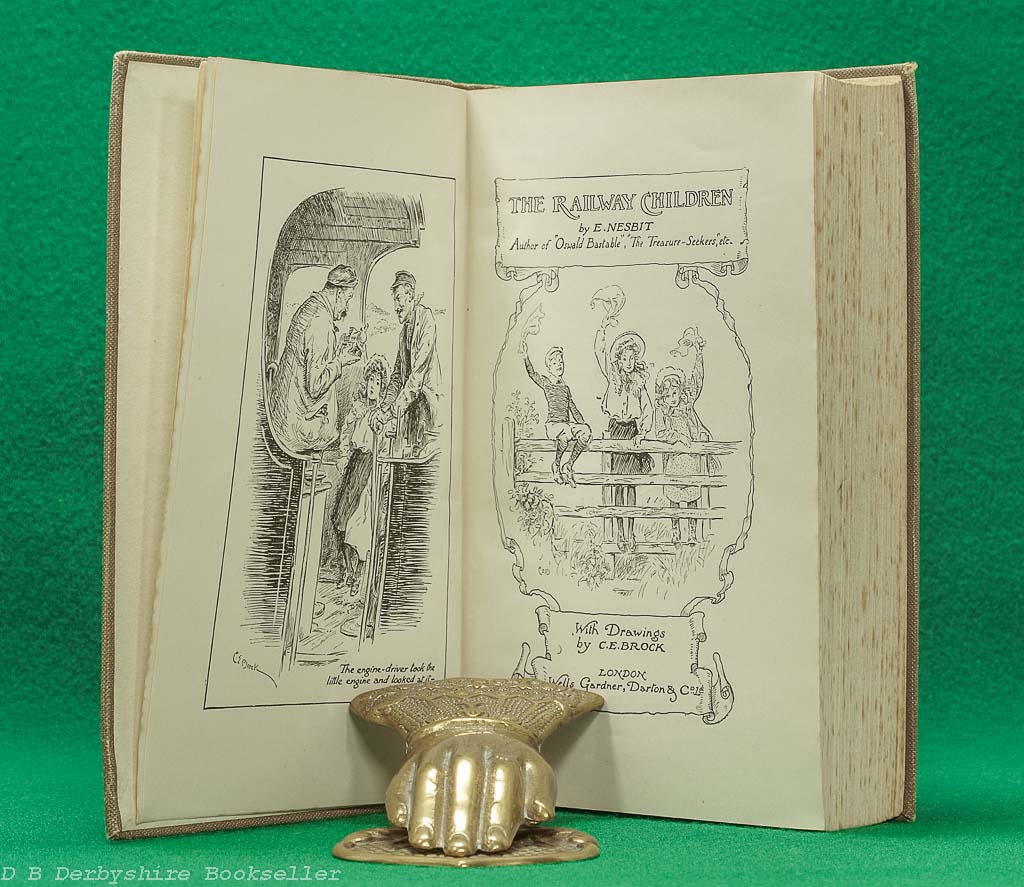 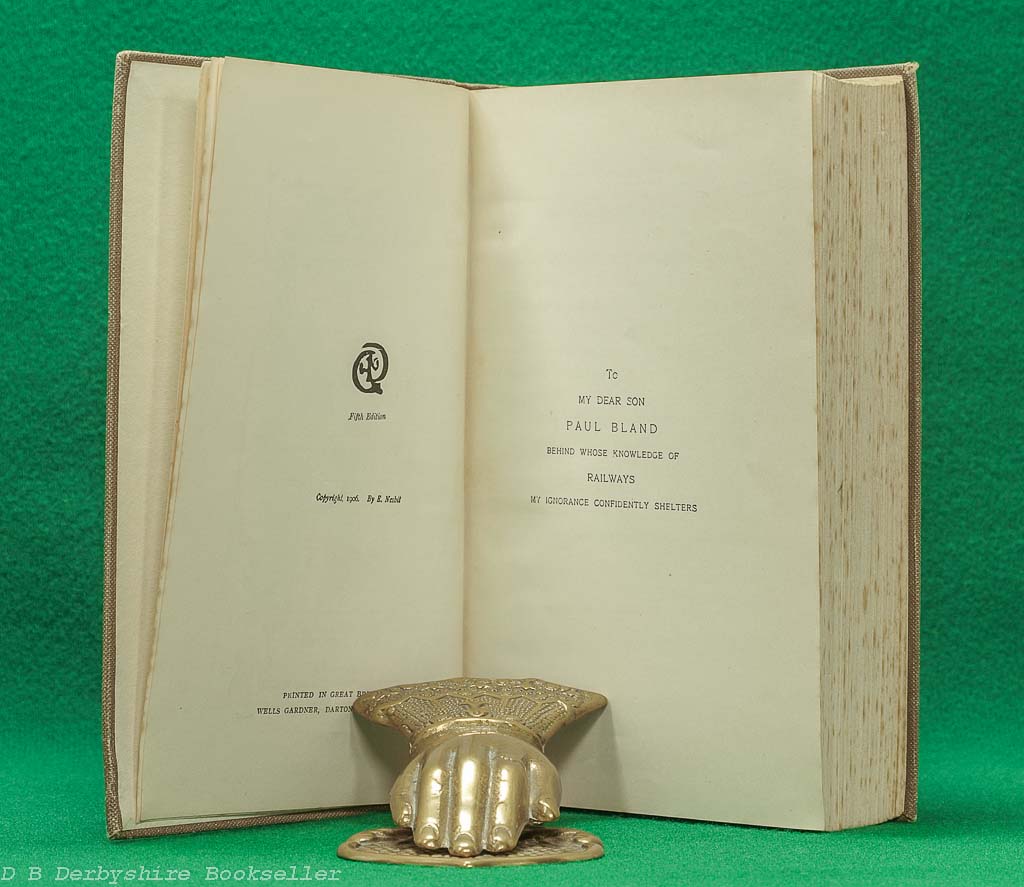 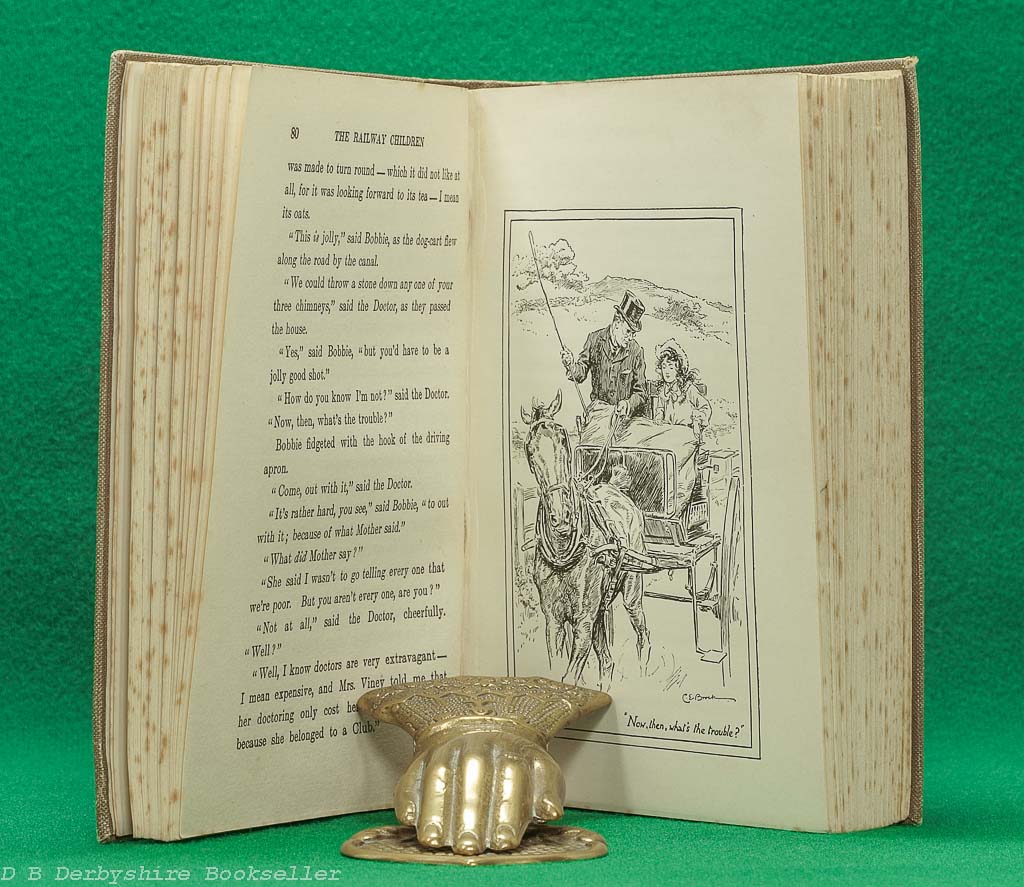 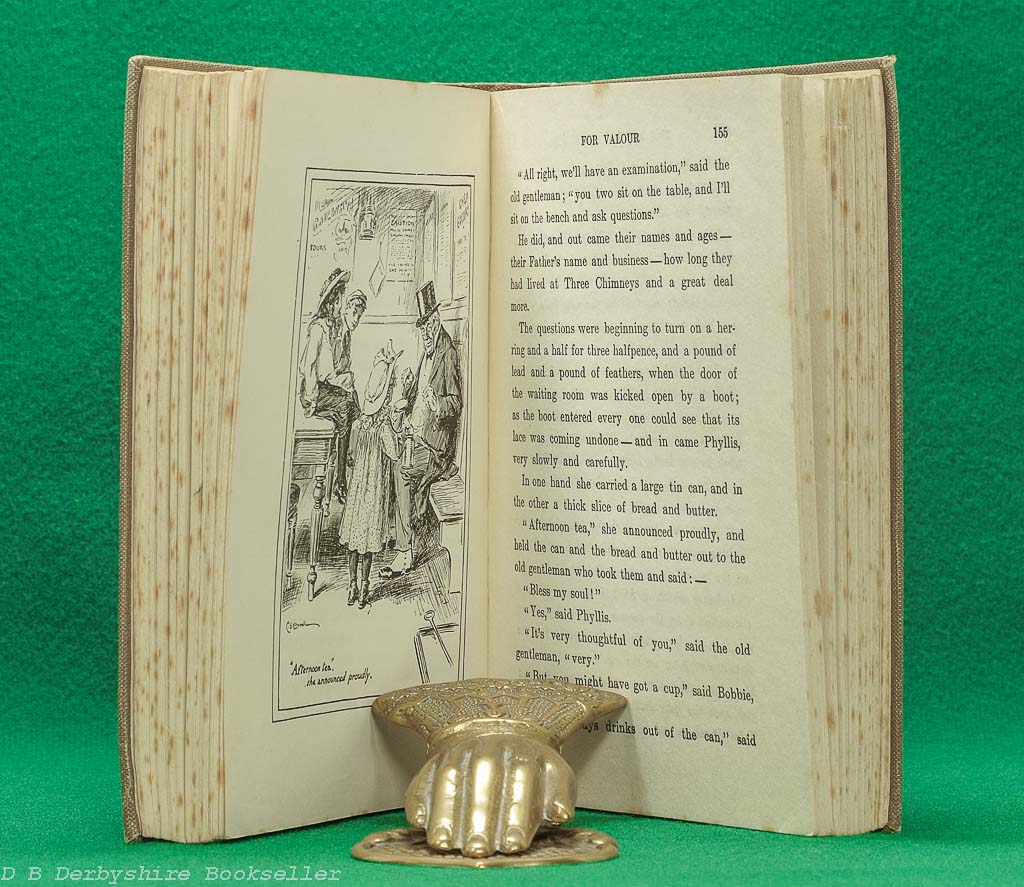 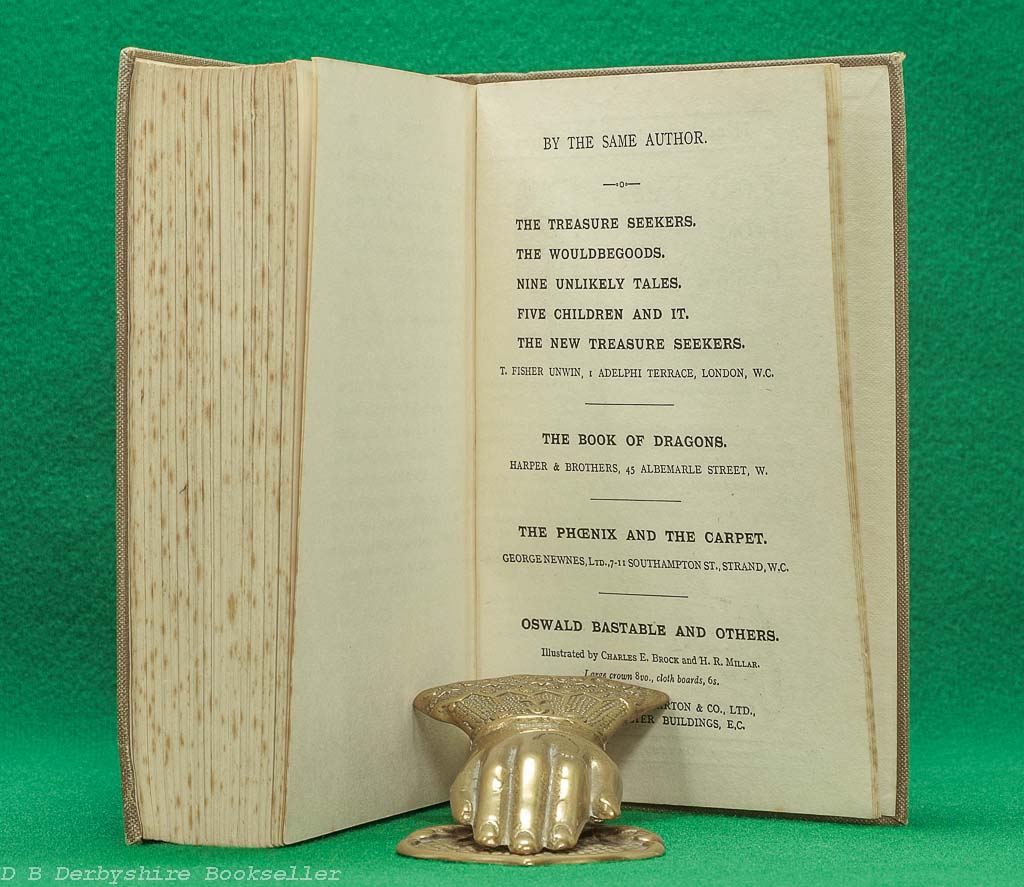 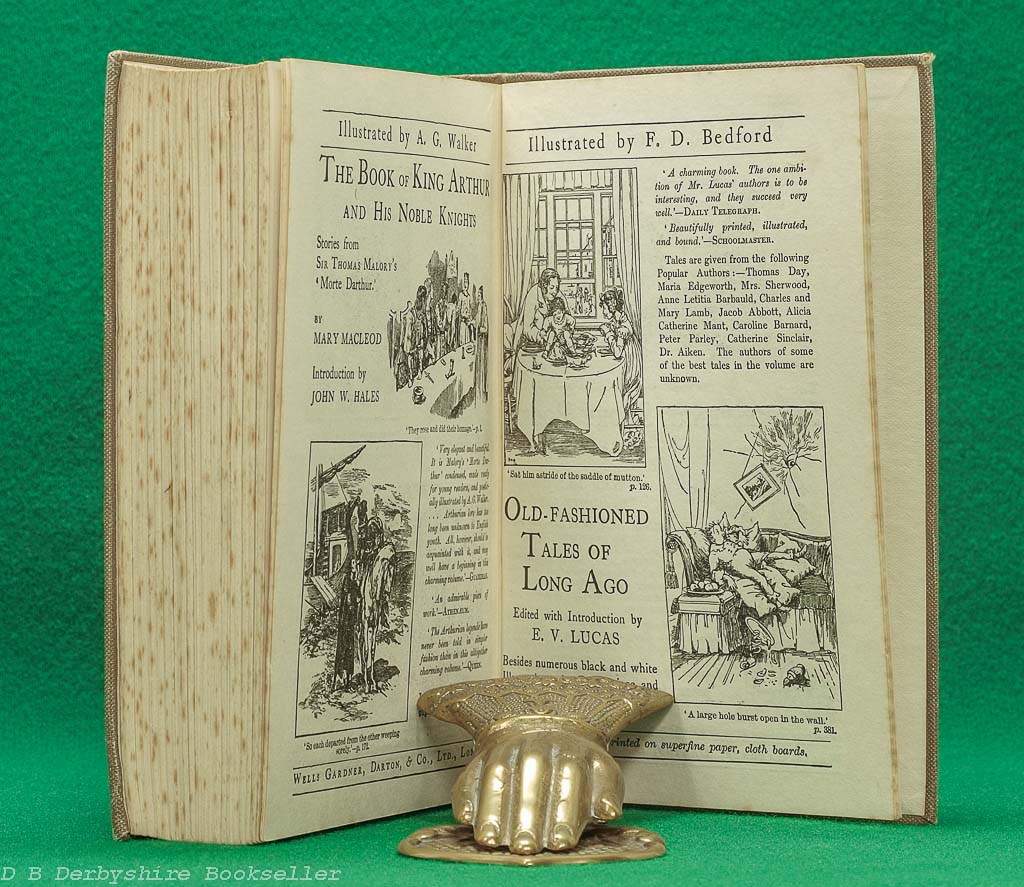 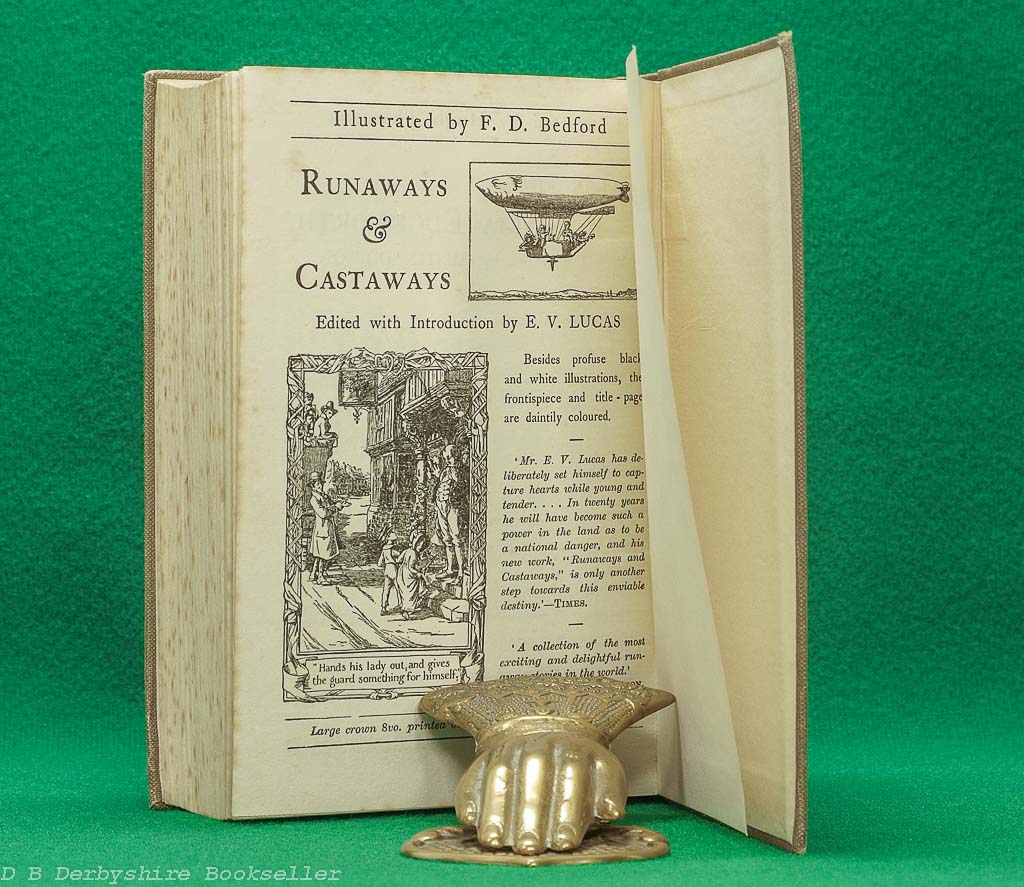