The House of Peril by Mrs Belloc Lowndes (Readers Library, 1935) The Chink in the Armour 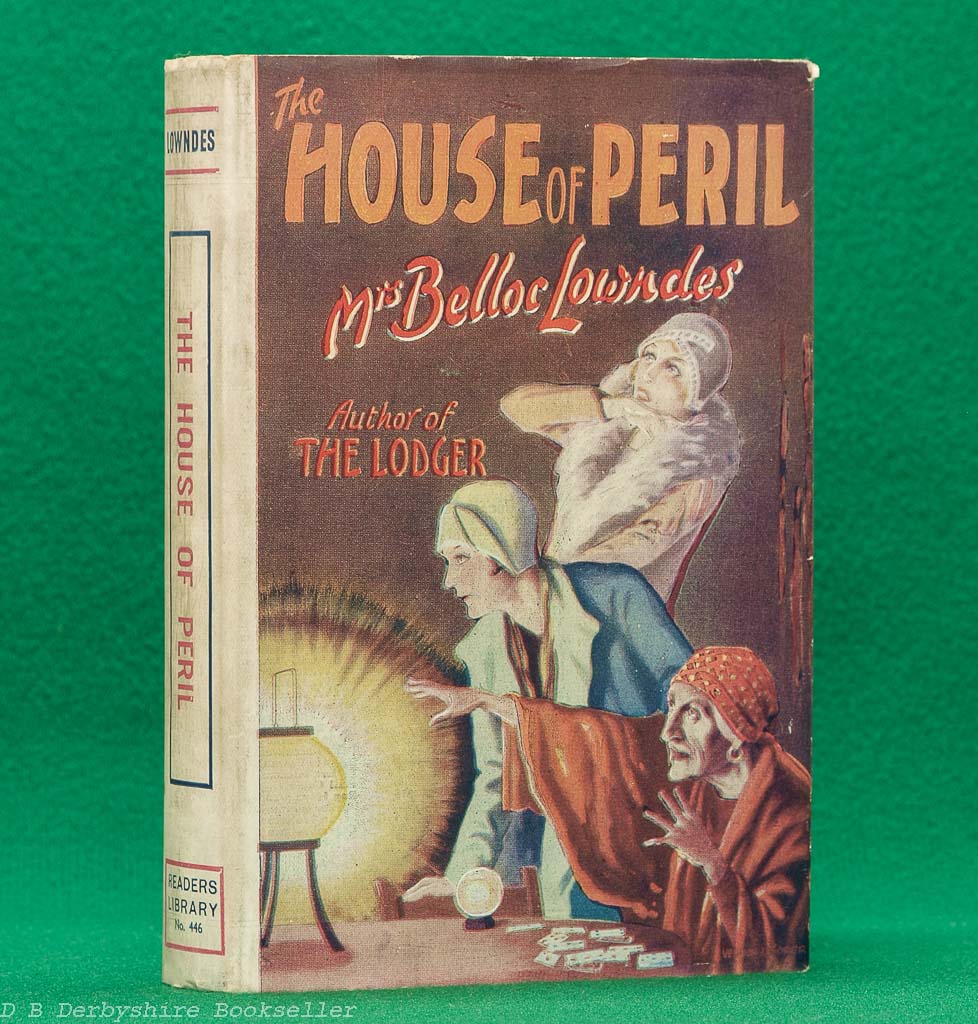 The House of Peril

The Readers Library published affordable editions of popular fiction in the period 1924-35, cheaply produced but very attractive with their wrap-round dustwrapper artwork. 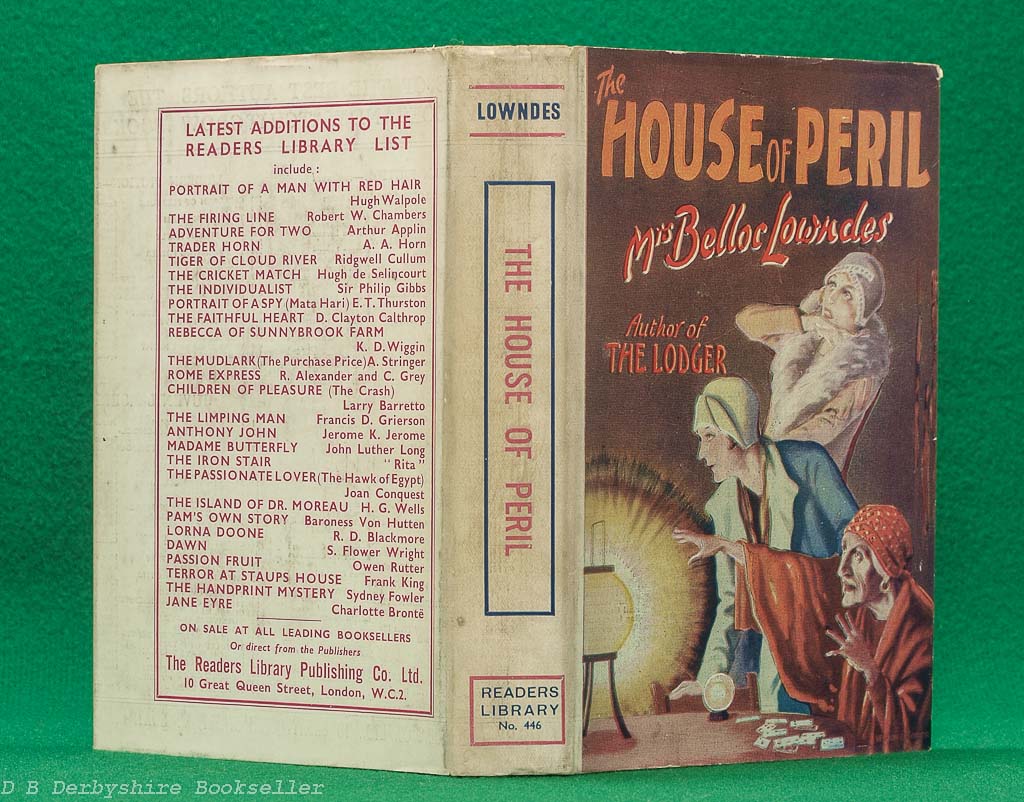 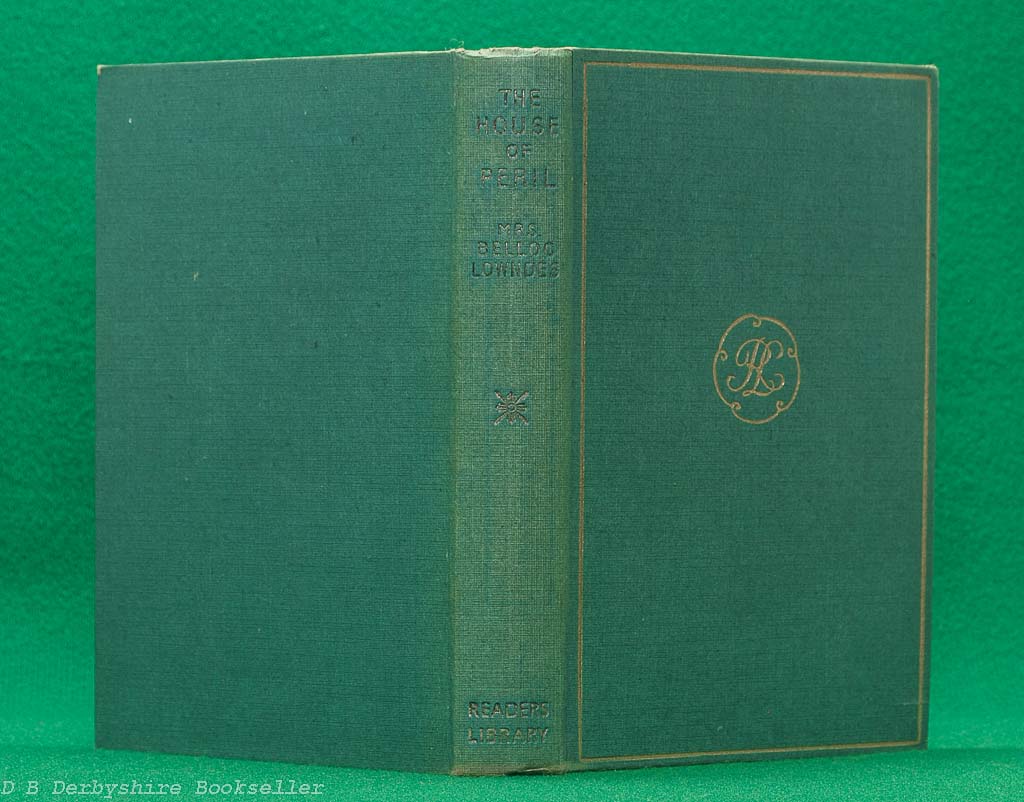 Mrs [Marie] Belloc Lowndes (1868-1947), a prolific and popular author perhaps best known for “The Lodger” (Methuen, 1913) which was later made into a film directed by Alfred Hitchcock (Gainsborough Pictures, 1926).

This tale of gambling, murder and romance was originally serialised in the Daily Telegraph (1911) with the title ‘The Chink in the Armour’ before being published as a book by Methuen & Co. (1912). The story was later adapted as a play (1919) under the title ‘The House of Peril’, then being produced as a film directed by Kenelm Foss and starring Fay Compton (Astra Film, 1922).

Dustwrapper with light wear and rubbing to extremities; a little dusty/grubby, especially to spine; age-toning. Light shelf wear to spine and boards; gilt dulled and cloth faded to spine. Pages age-toned/tanned throughout but generally clean.

*ref. British Library
ref. An interesting look at The Readers Library can be found at A Series of Series 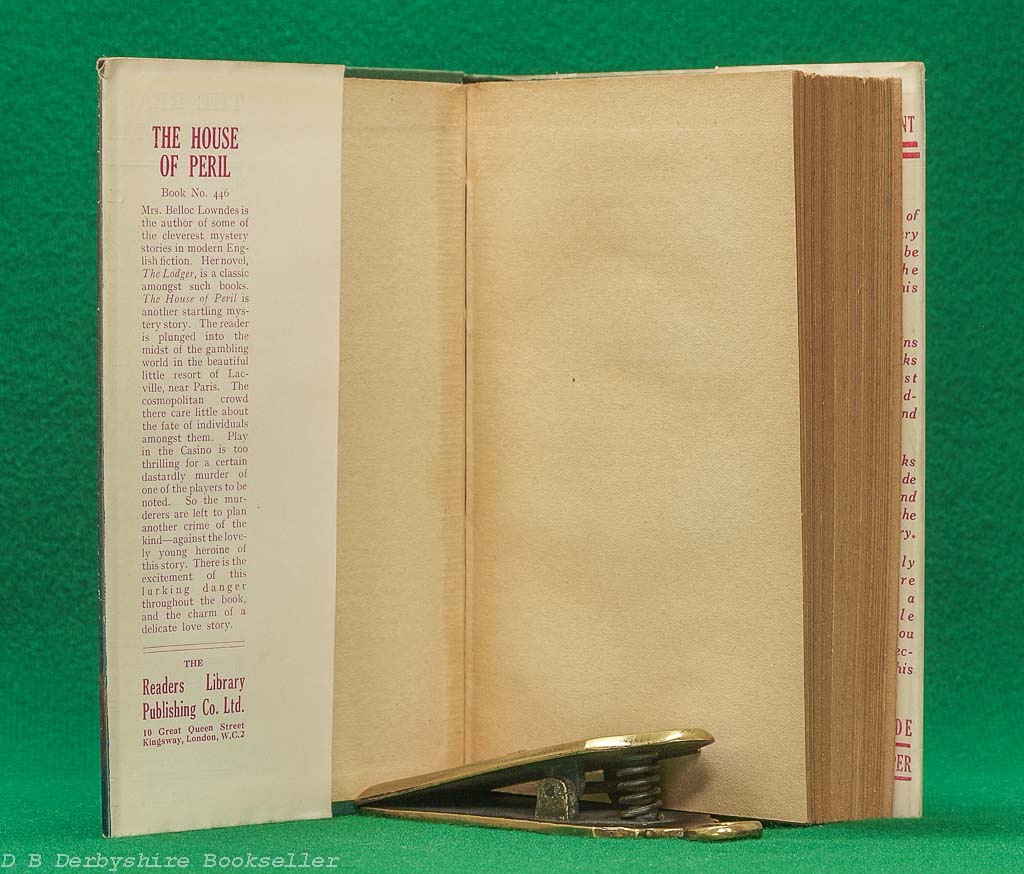 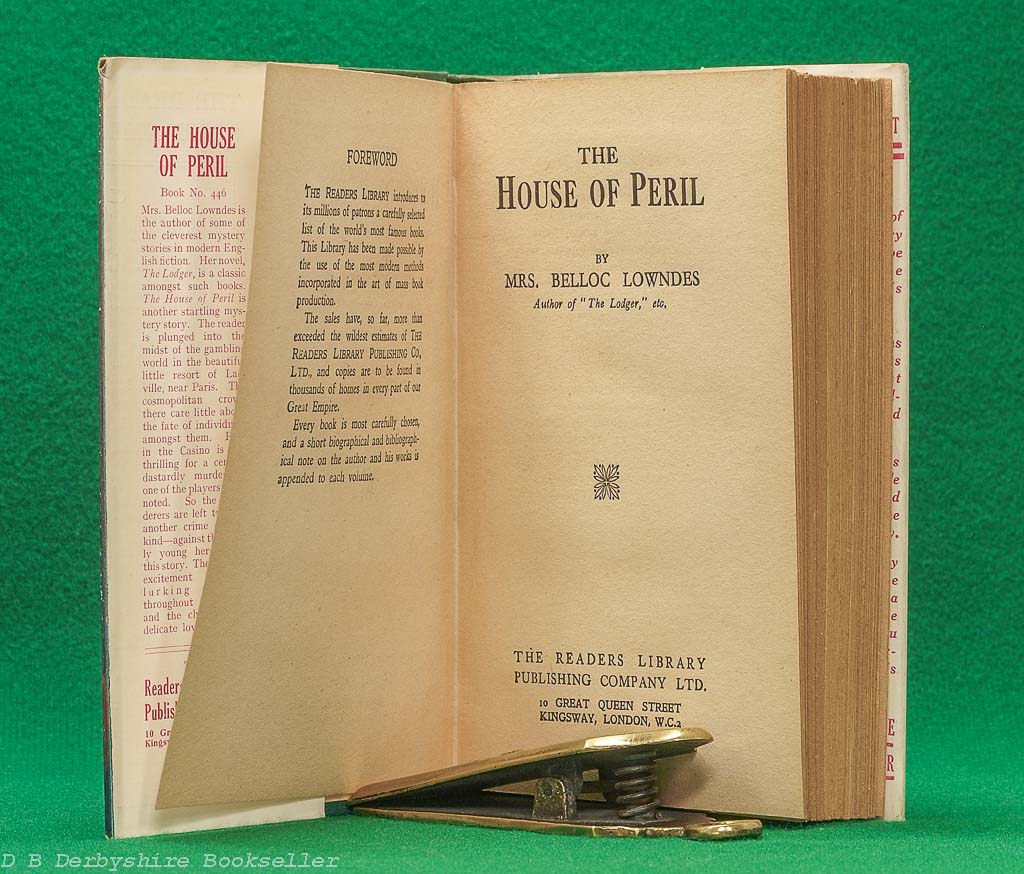 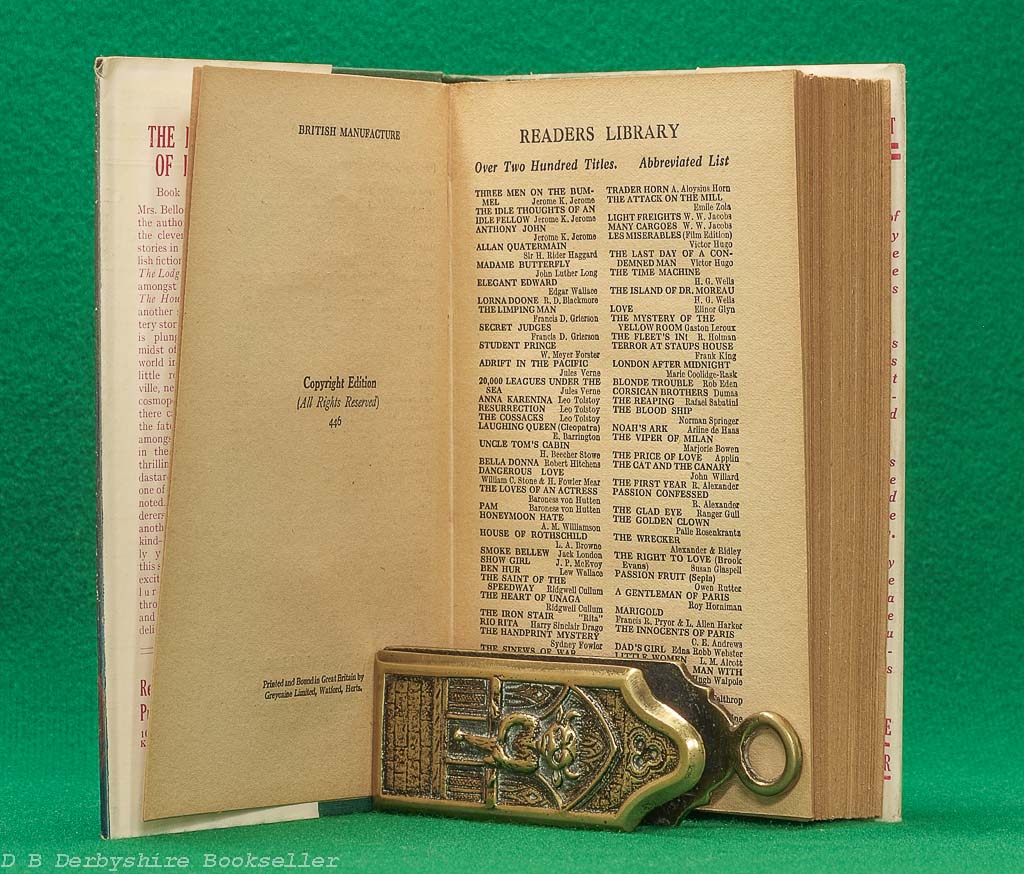 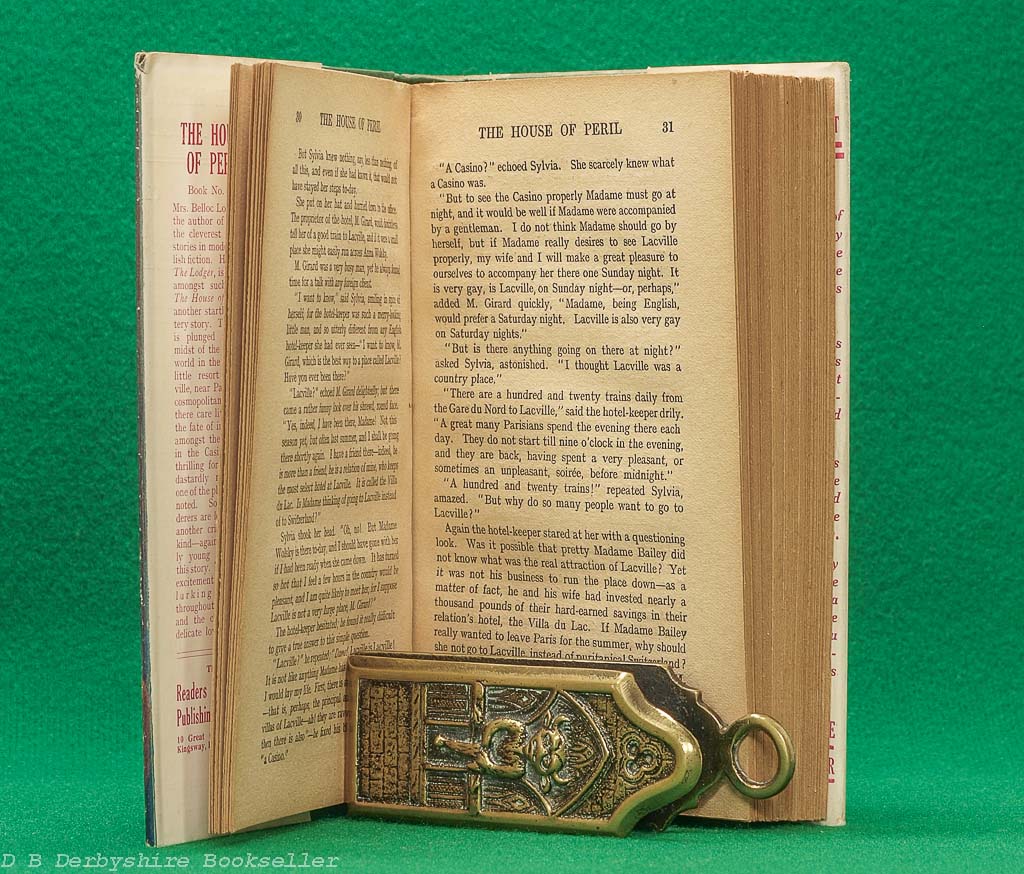 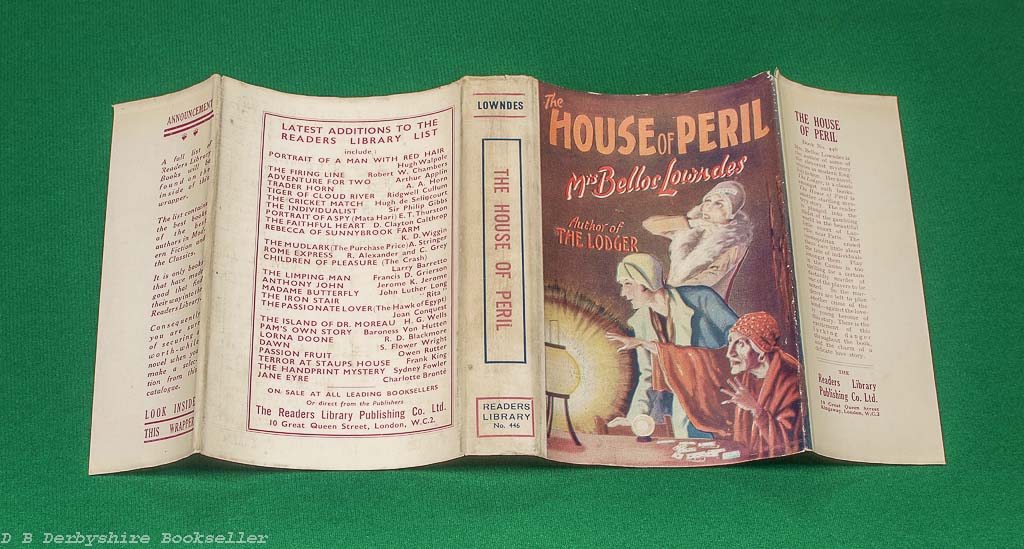 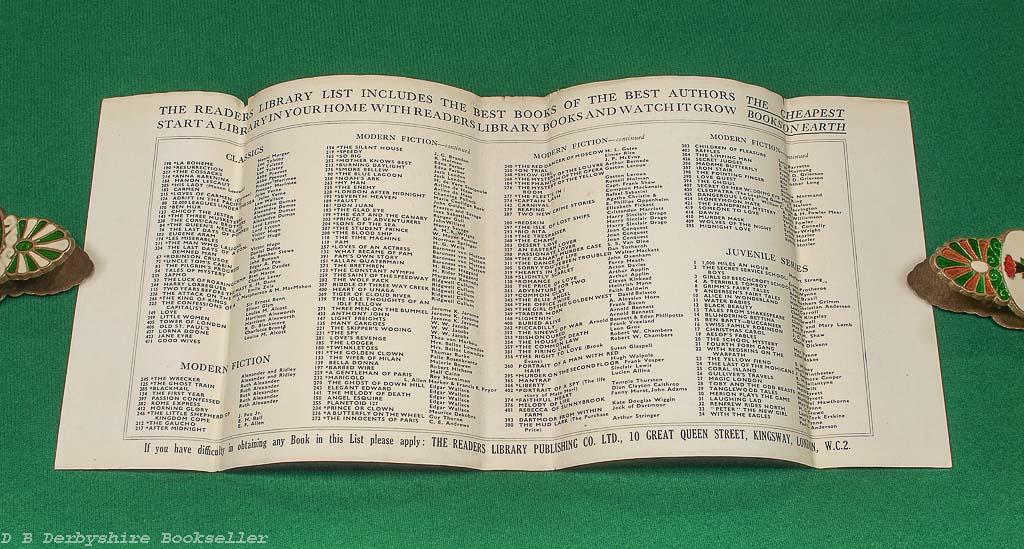