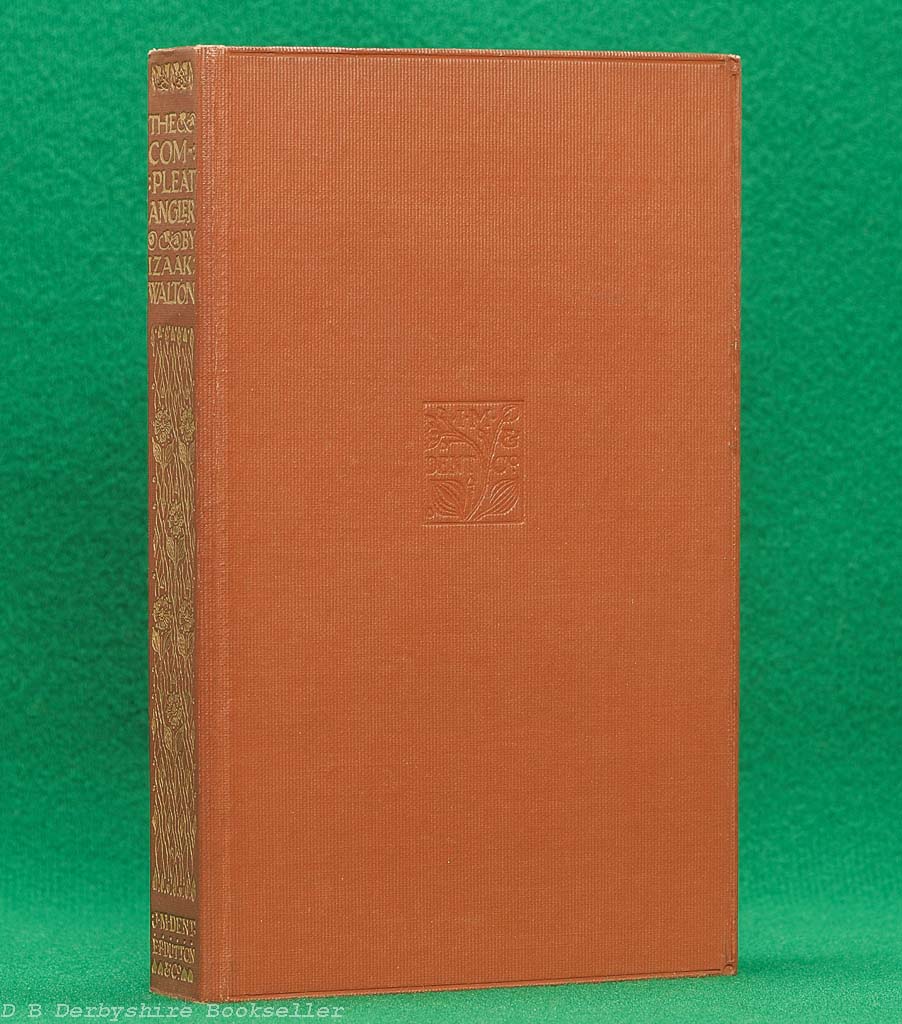 A copy of the second printing of the Everyman’s Library edition of ‘The Compleat Angler’.

As detailed in the 1908 third printing of this edition the first and second printings were March and July 1906 respectively, both being undated and seemingly identical to each other. Coigney* describes a difference in typeface size to the spine title block, the second printing being larger at 35mm x 23mm. 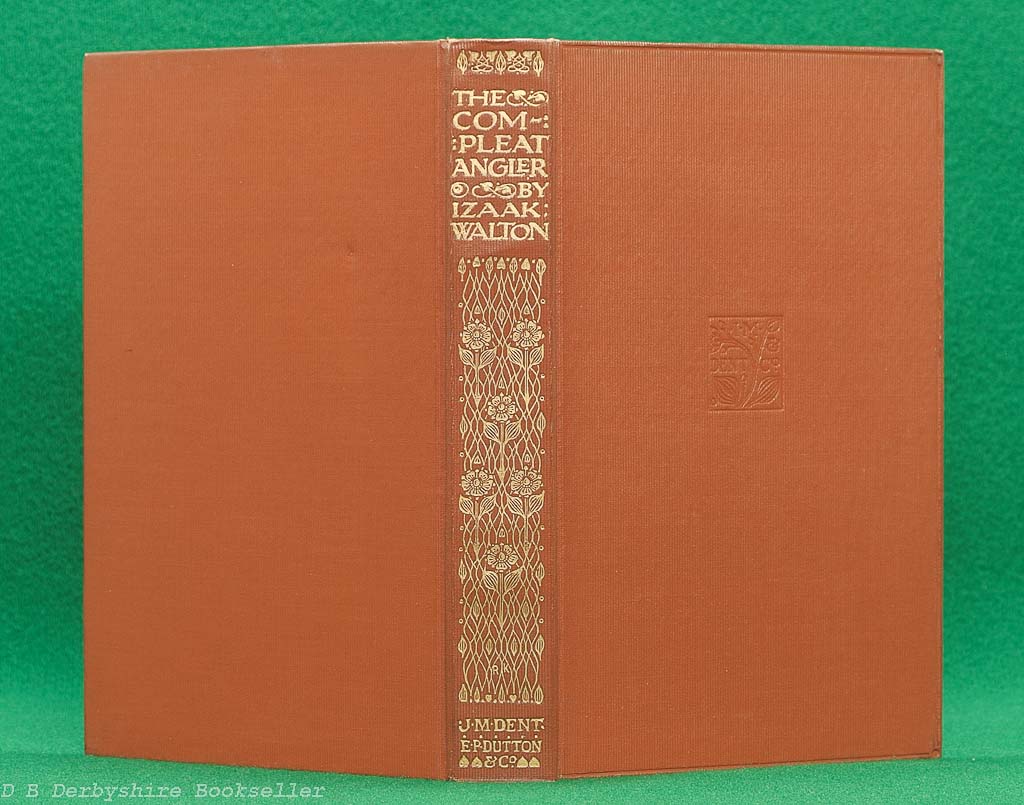 Light wear and rubbing to cloth at extremities; a touch dusty. Age-toning/offsetting to endpapers and adjacent pages; occasional foxing and dustiness but generally pages clean throughout. 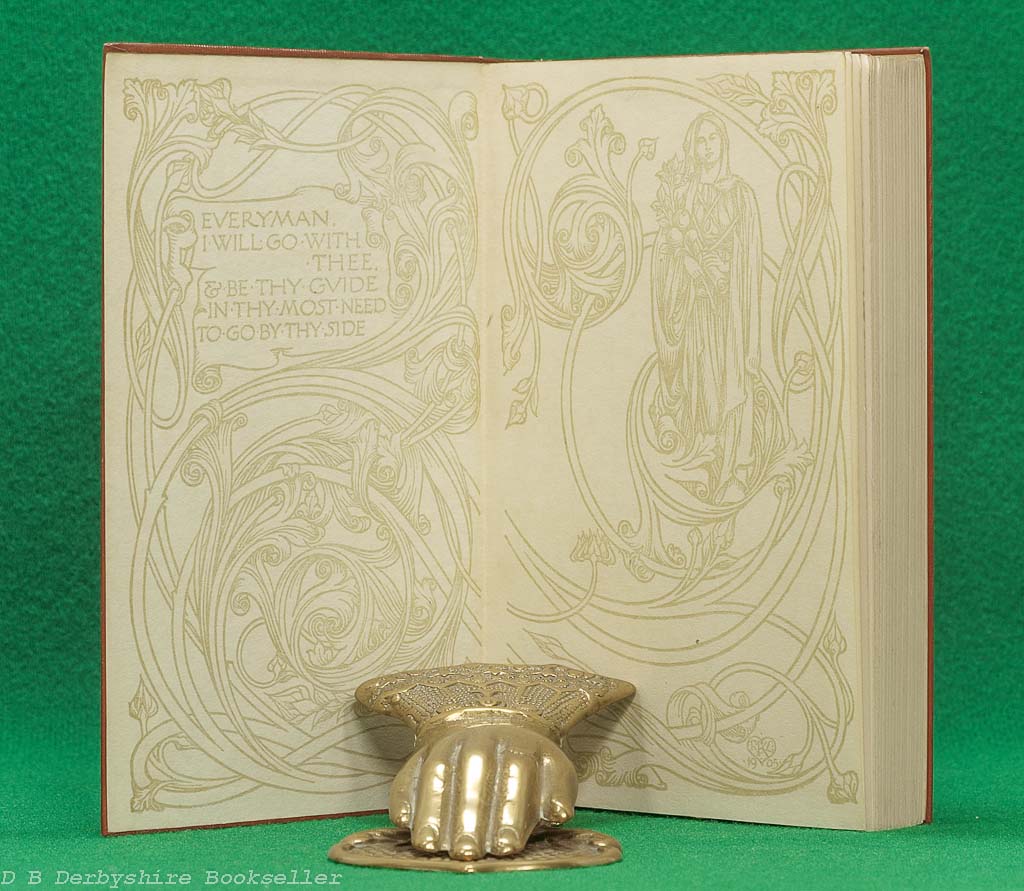 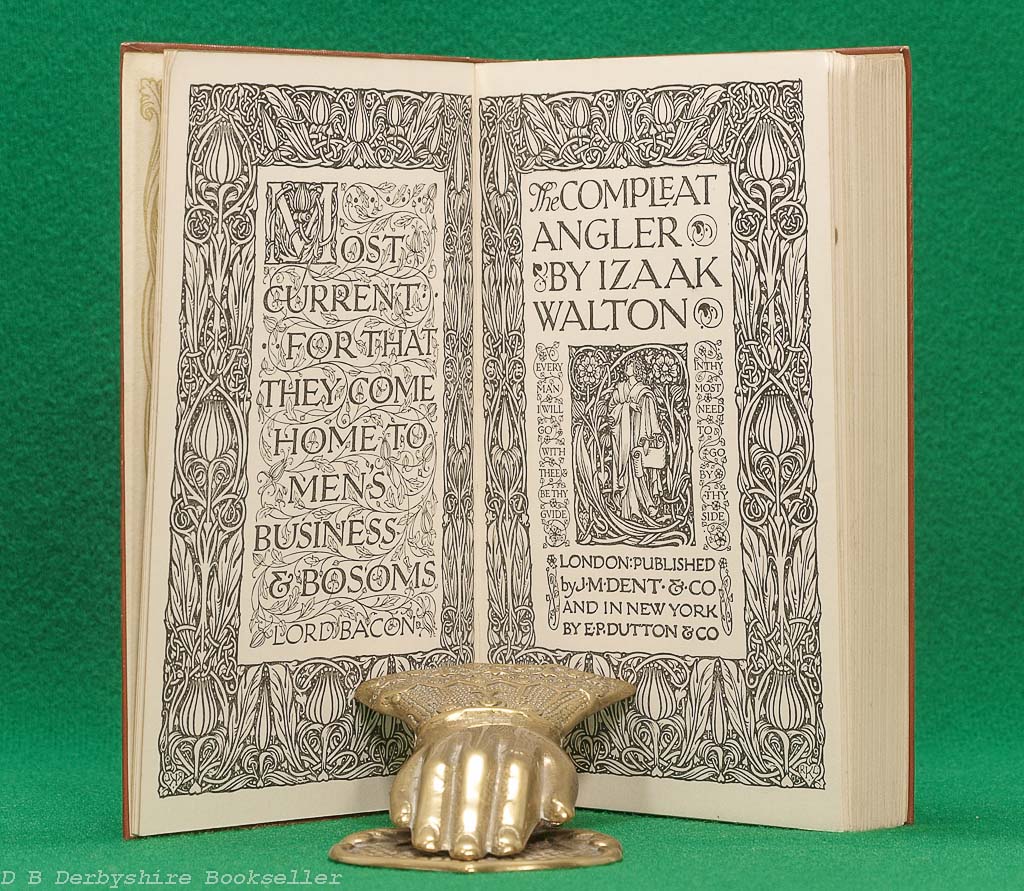 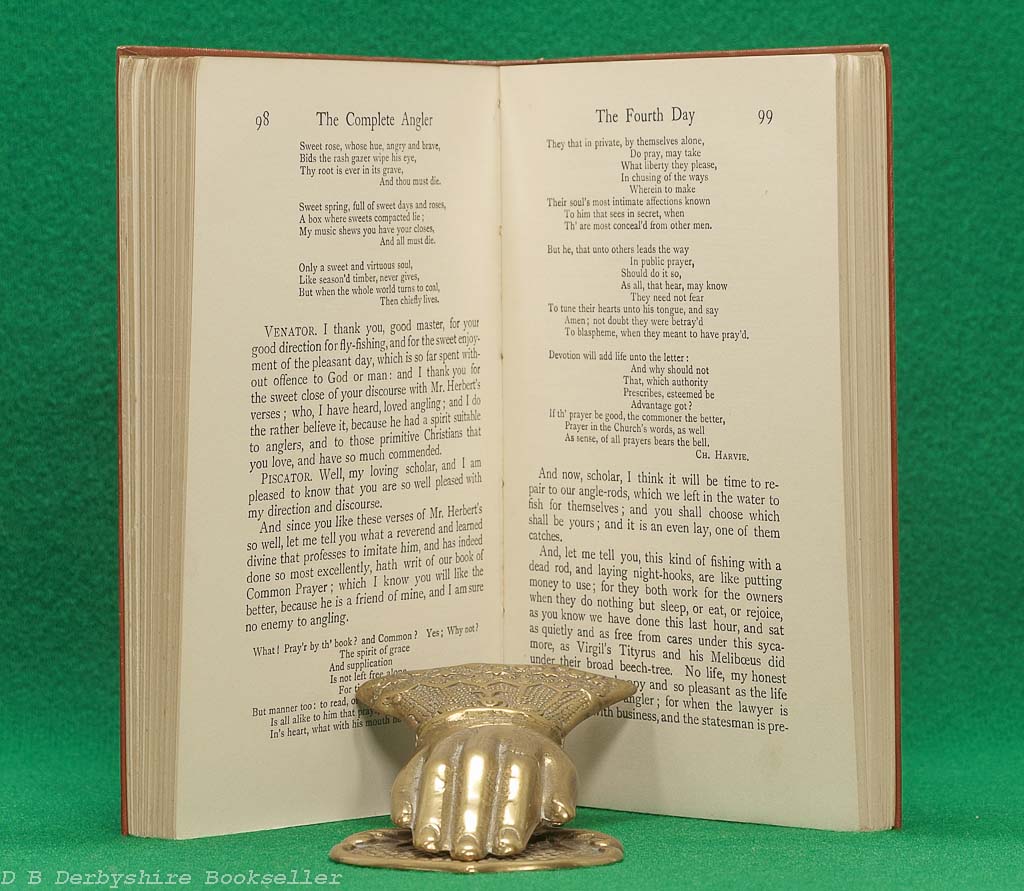