The Mystery of the Invisible Enemy by Bruce Campbell (World Distributors, c1960) A Ken Holt Mystery for Boys 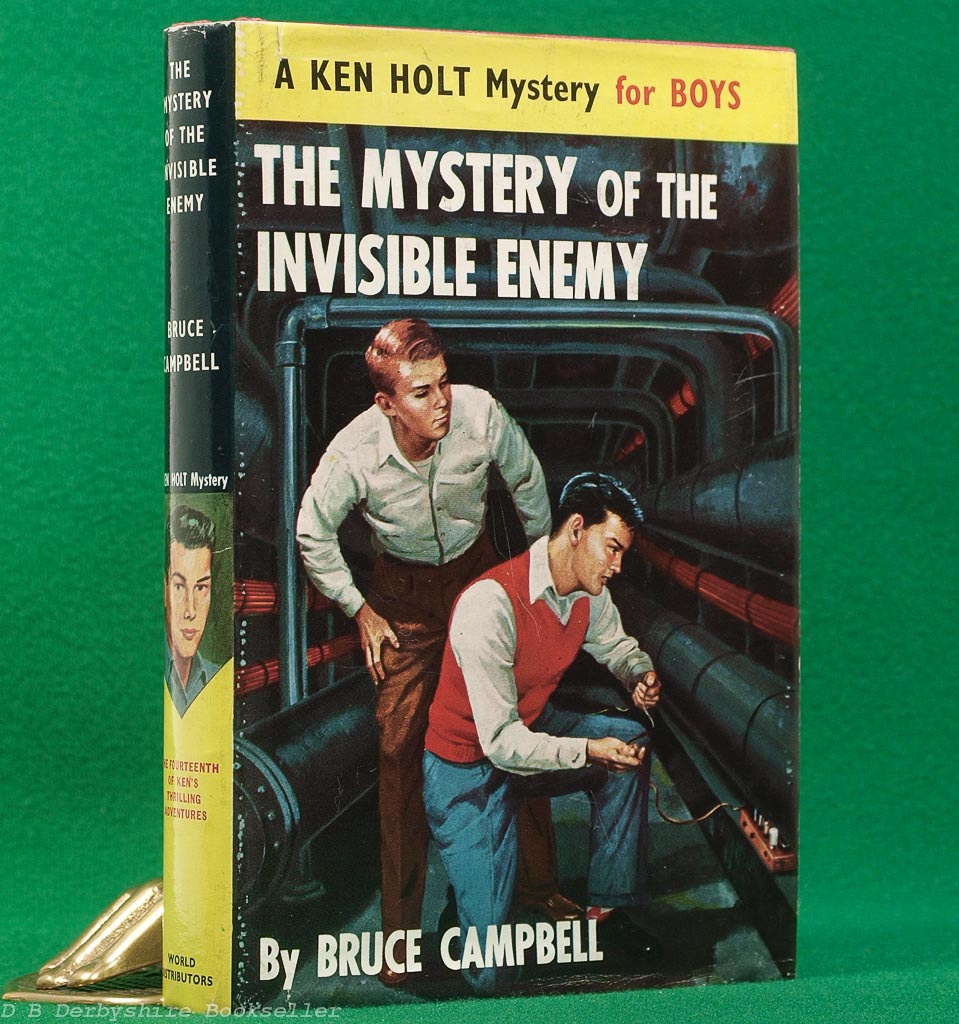 The Mystery of the Invisible Enemy

A title in the ‘Ken Holt Mystery’ series originally published in the United States by Grosset & Dunlap but were published some years later for the British market by World Distributors. Although the edition is not stated, with just a copyright date given, my understanding gleaned from later printings of other titles in the series is that reprints are clearly stated. 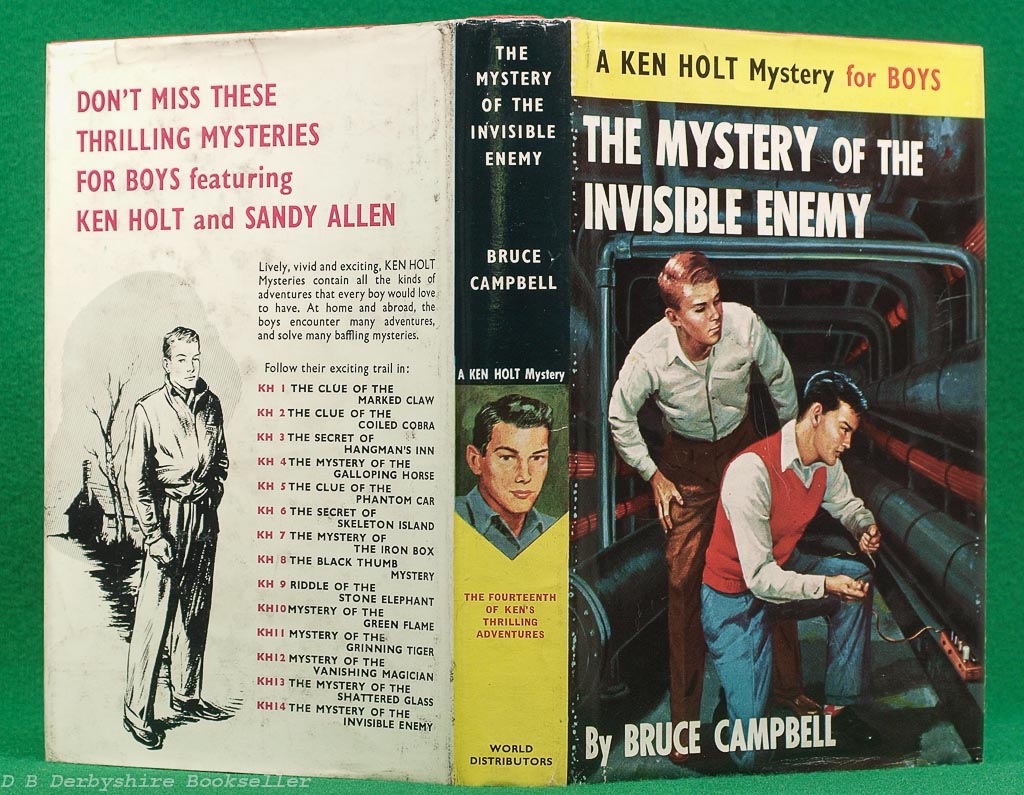 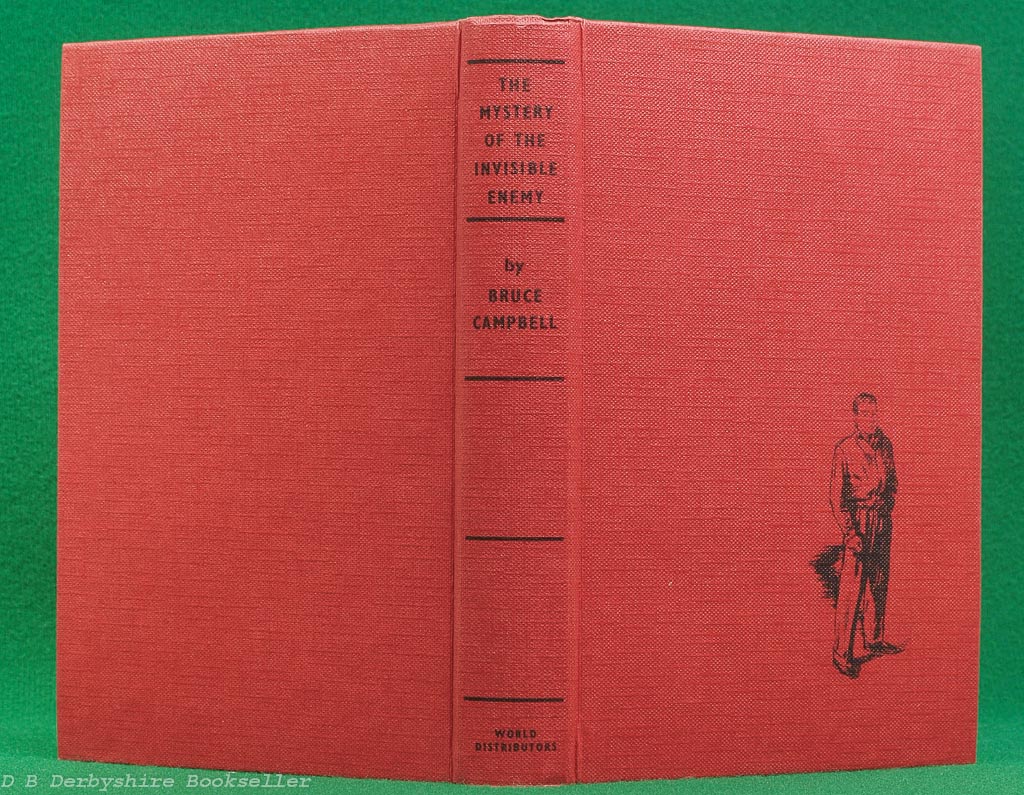 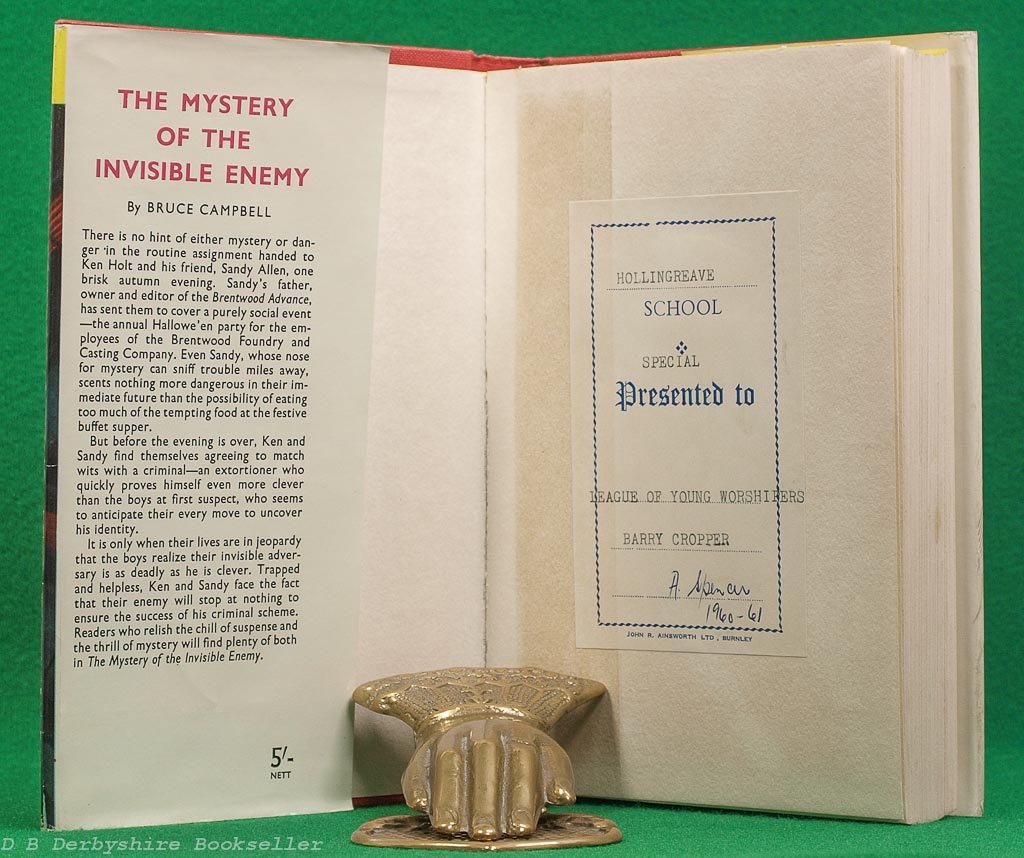 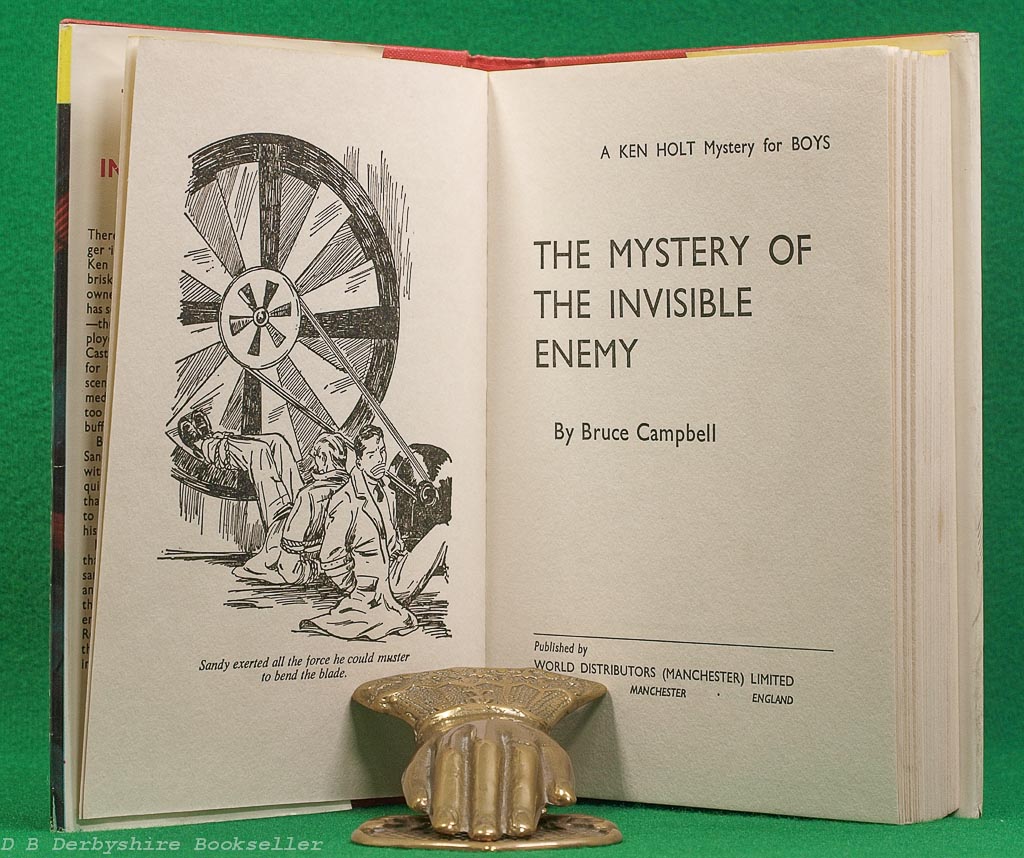 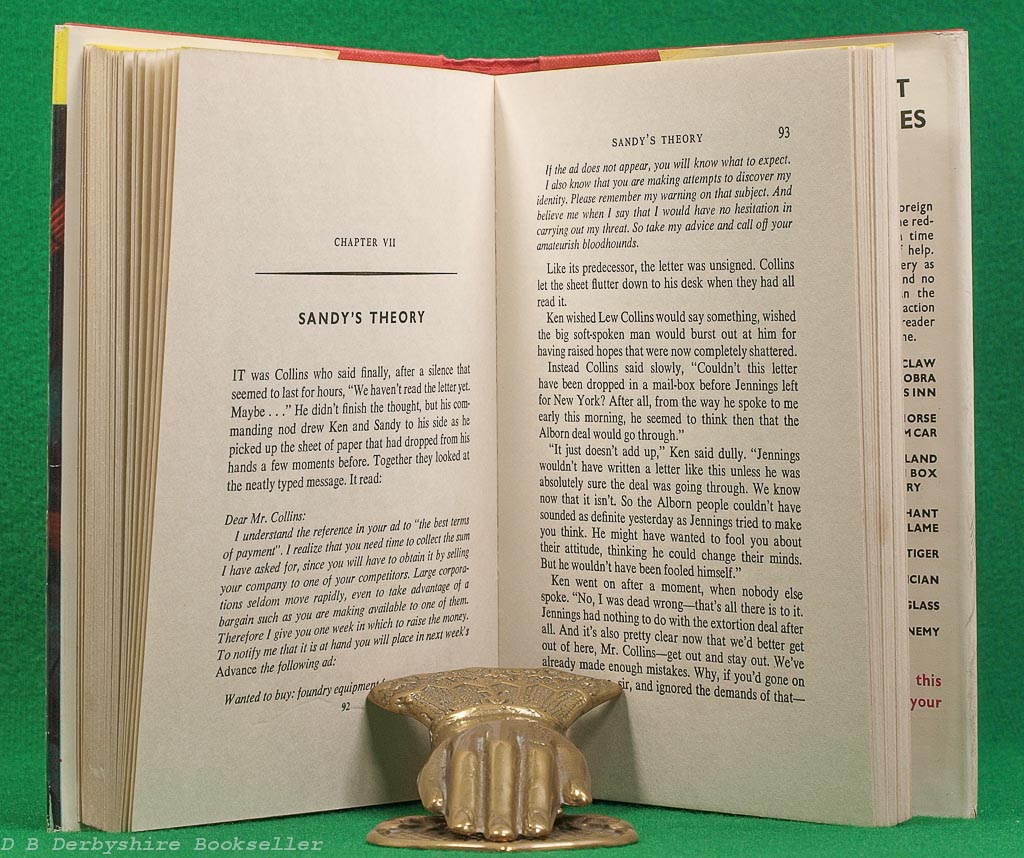