Murder in the Mews by Agatha Christie (Odhams, reprint 1938) in box with Spies in Spain (J. M. Walsh) and Keep on Dancing (F. E. Baily) 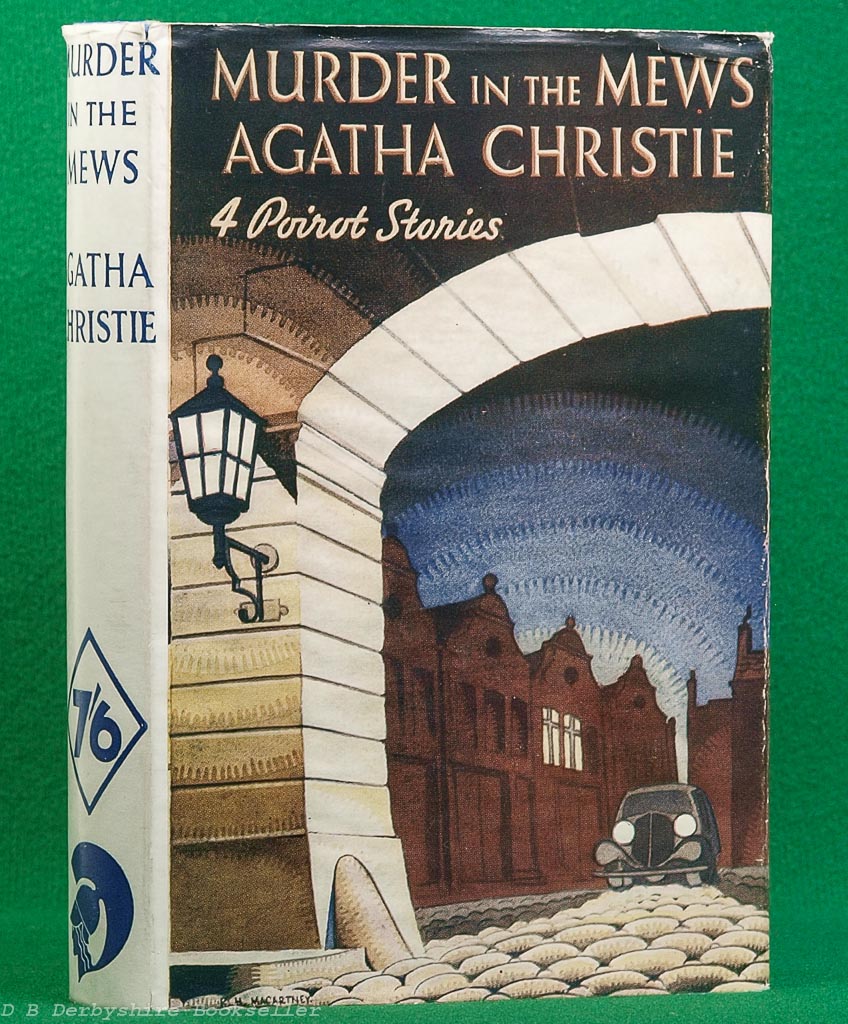 Murder in the Mews and other stories

Odhams had previously published Christie’s ‘The Hound of Death’ in 1933 [and being the first edition of that title; Collins publishing in 1936]. ‘Murder in the Mews’ was first published by Collins Crime Club in March 1937 with Odhams publishing a reprint in November 1937 (printer’s code C1137); another printing (this copy) appeared in March 1938 (C338).

Comes with two other titles published by Odhams, both reprints with code C338 – ‘Spies in Spain’ by J. M. Walsh and ‘Keep on Dancing’ by F. E. Baily – all presented with the original mailing box.

All three books in nice, clean condition having (presumably) spent most of the last eighty years in their box. All with some dustiness, light wear and rubbing, the occasional light bump or knock, some light foxing, light edge wear to the dustwrappers, but generally in well preserved order. 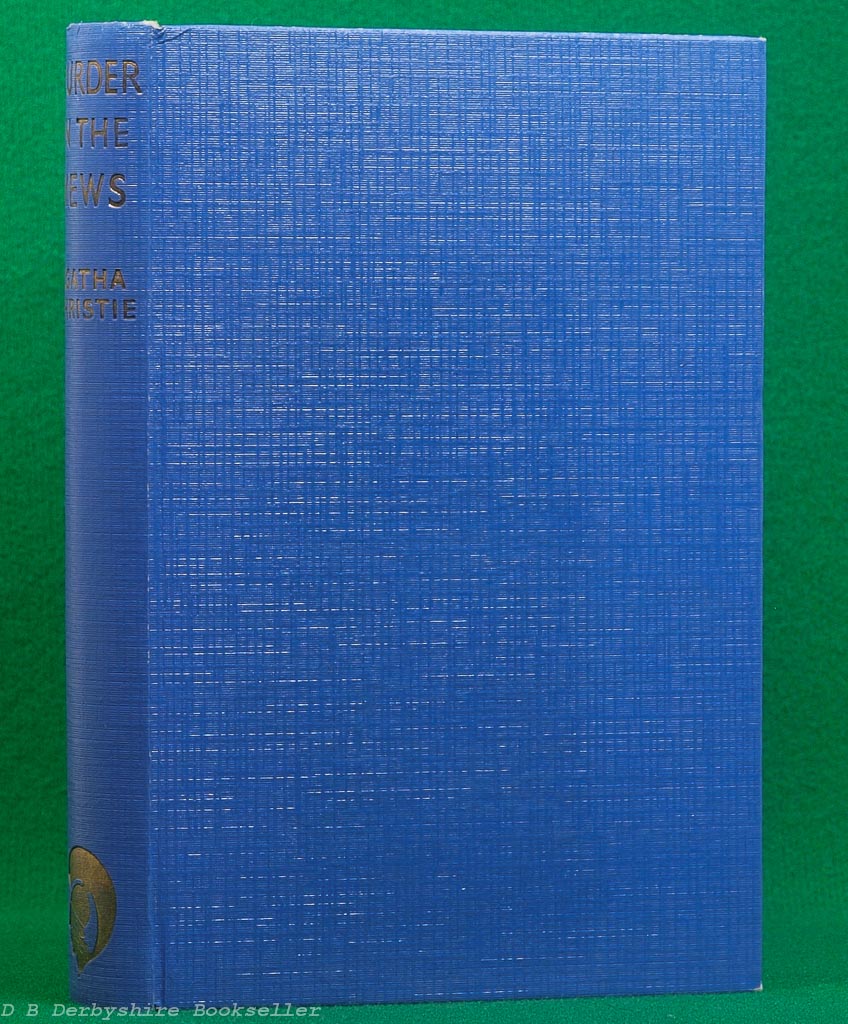 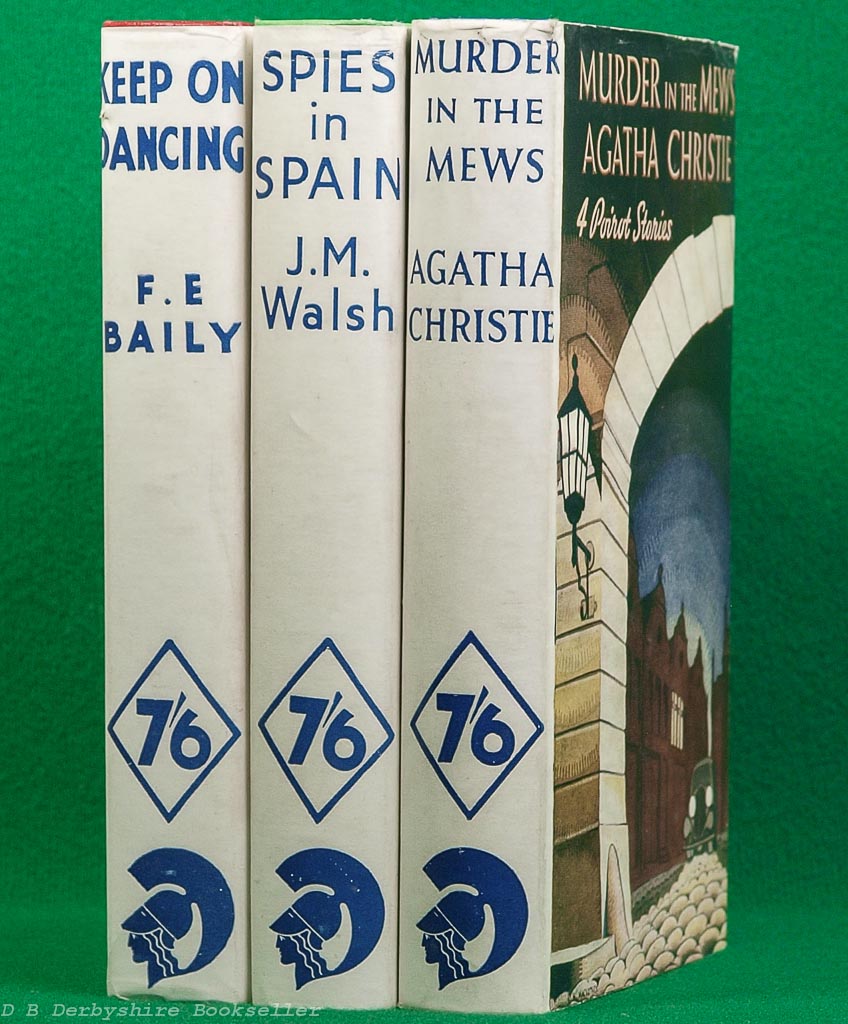 The front panel and flap of the ‘Mews’ dustwrapper is a touch cockled as if some dampness has seeped into the box however there is no staining present.

The box is somewhat grubby and worn and with the staples rusting, but complete and still functional.

All in all, quite lovely and would be hard to find better. 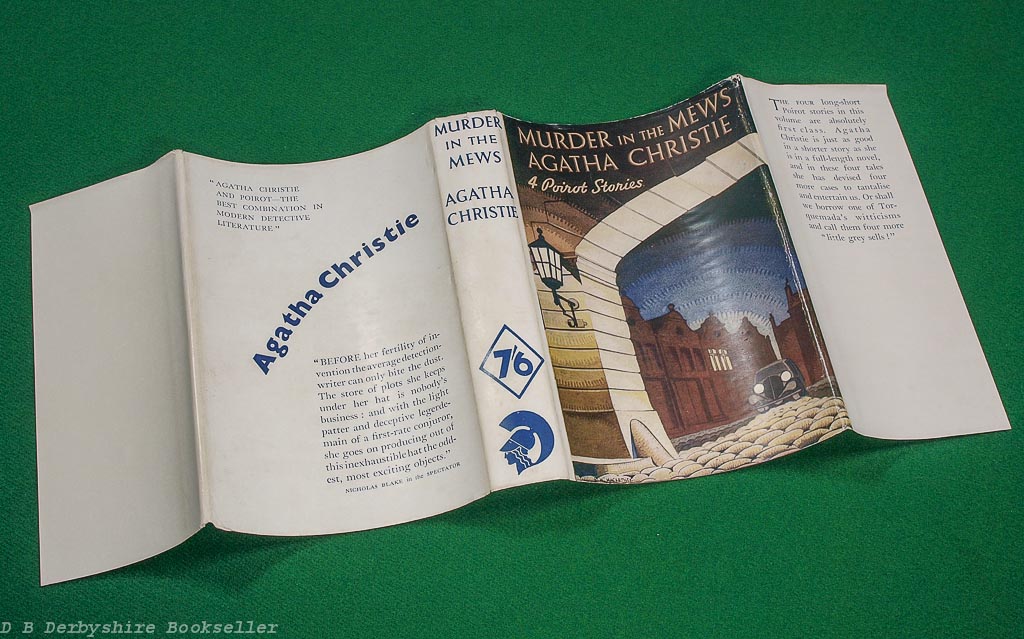 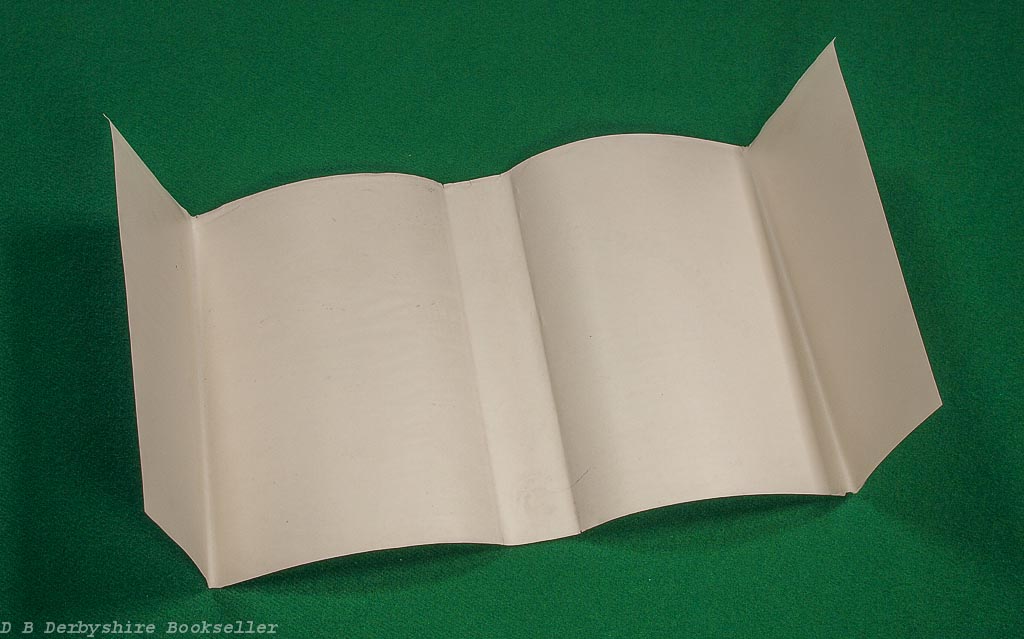 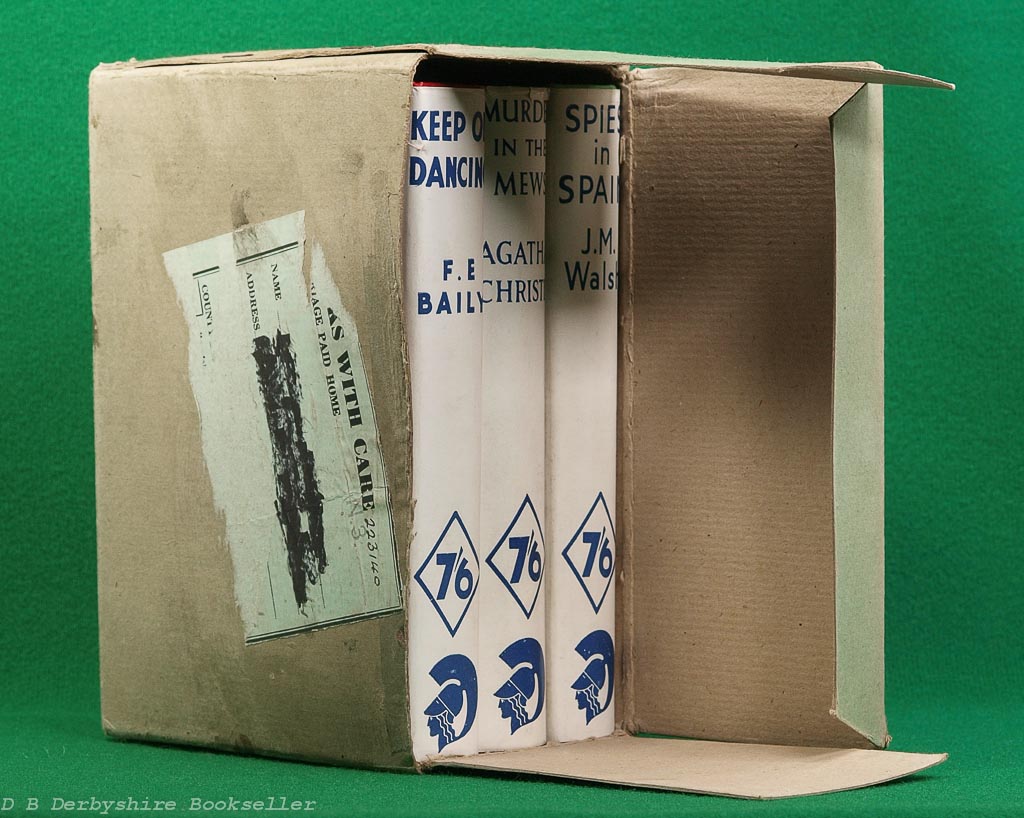 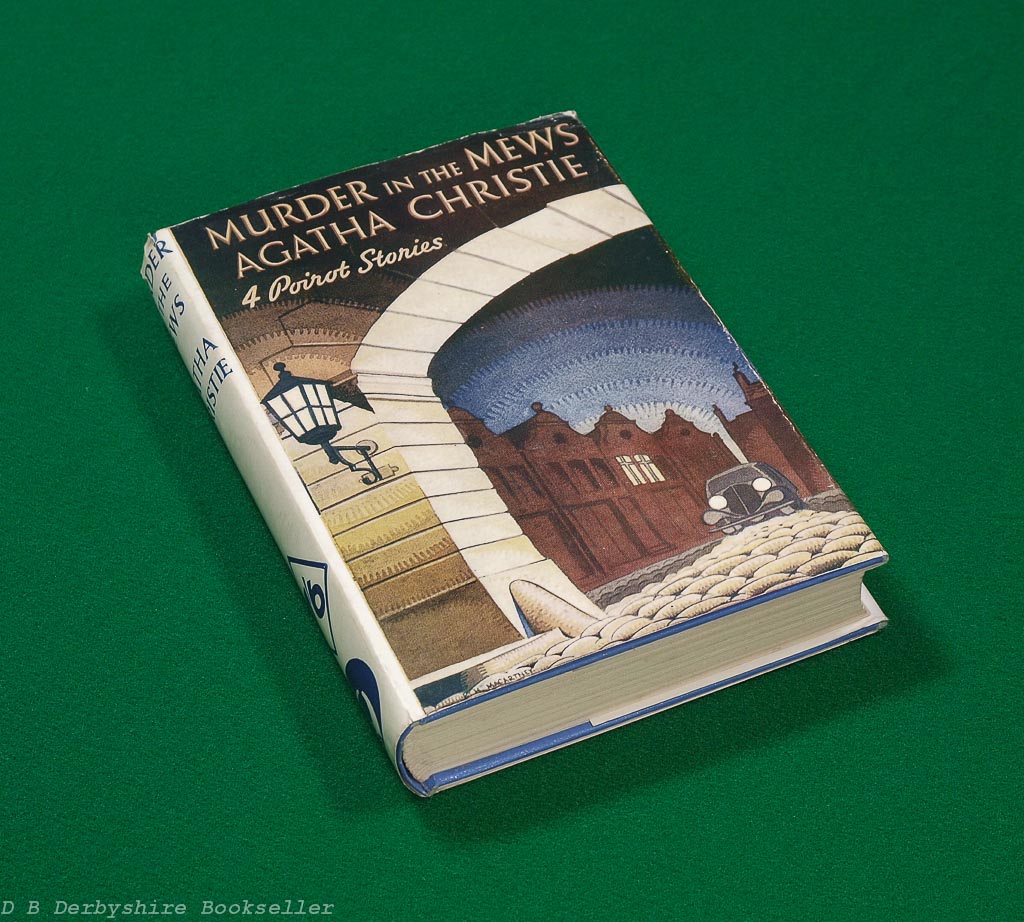 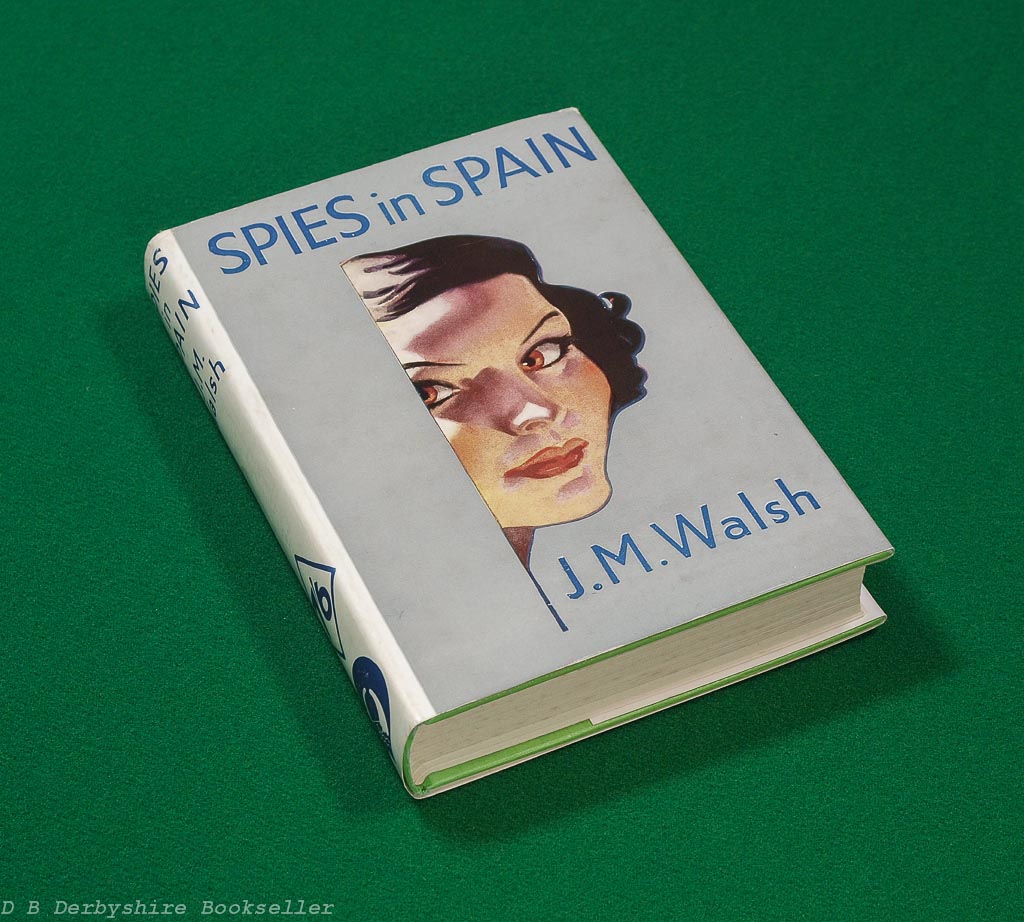 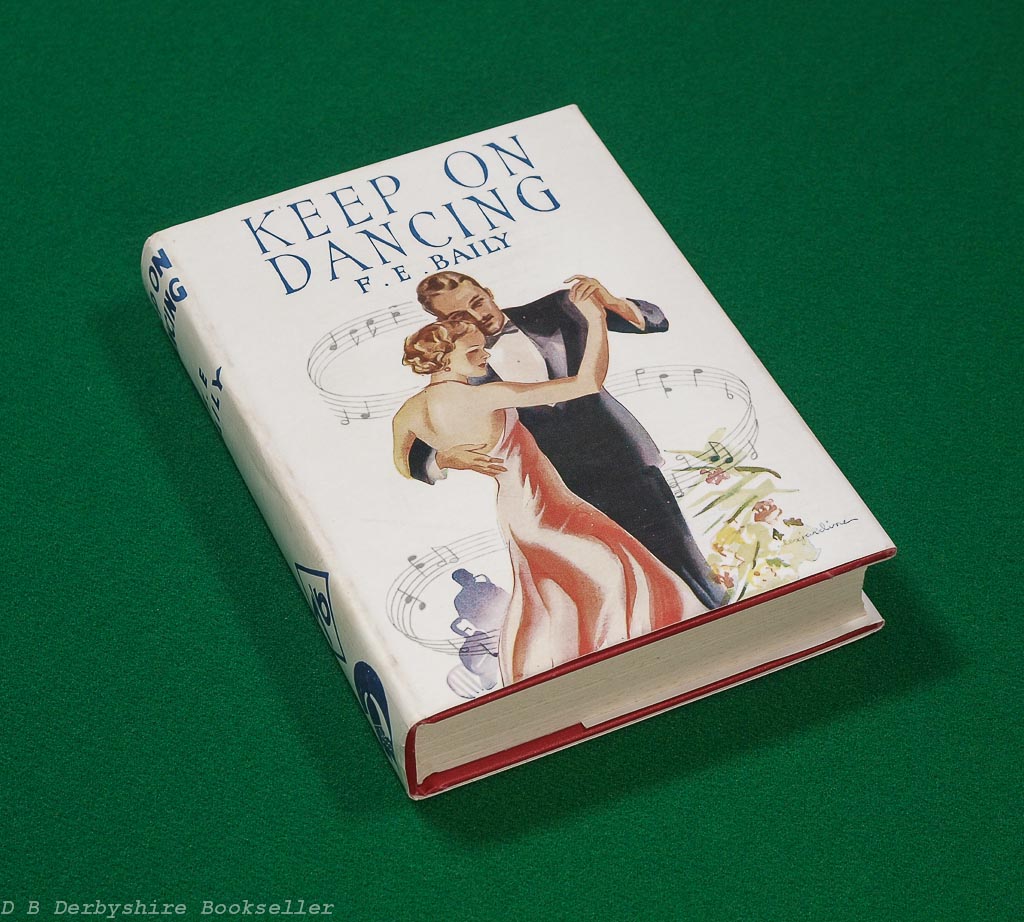