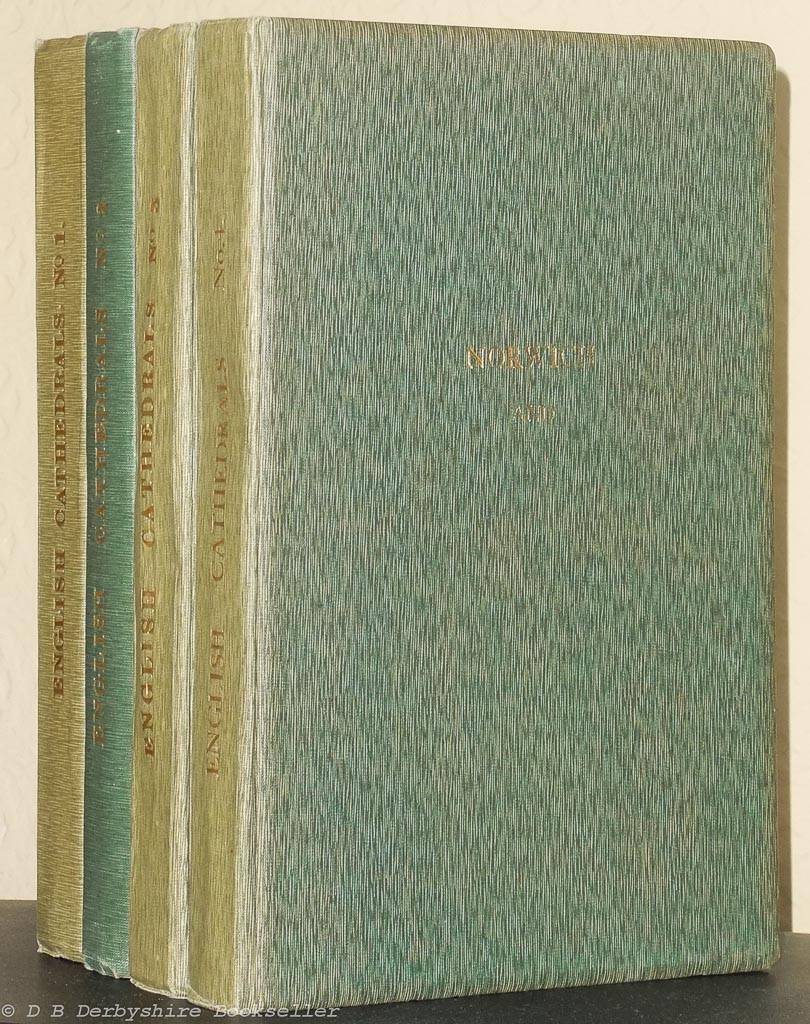 Four volumes containing monochrome photographs of English Cathedrals. Photographs are inserted loose into each album page and a caption written underneath.

On the inside of the rear board of the first volume is a study of Wenlock Abbey – this has been sellotaped in along one edge.

Not dated however a couple of captions would seem to indicate the photographs were taken in the period 1929 to 1934.

Interestingly, the fourth volume also contains some colour photographs dated 1987 and it would appear that someone else decided to continue the original photographer’s work.

Exeter and Canterbury Cathedrals are in colour and dated 1987.

An interesting collection – light wear from handing and storage but generally in good, clean condition. 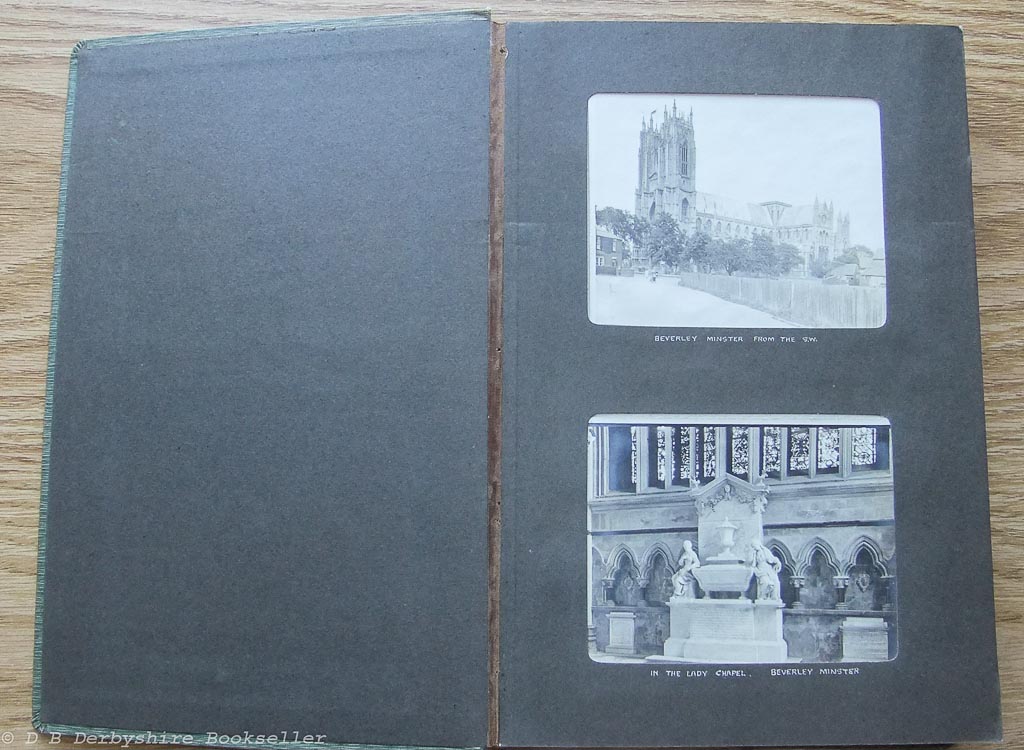 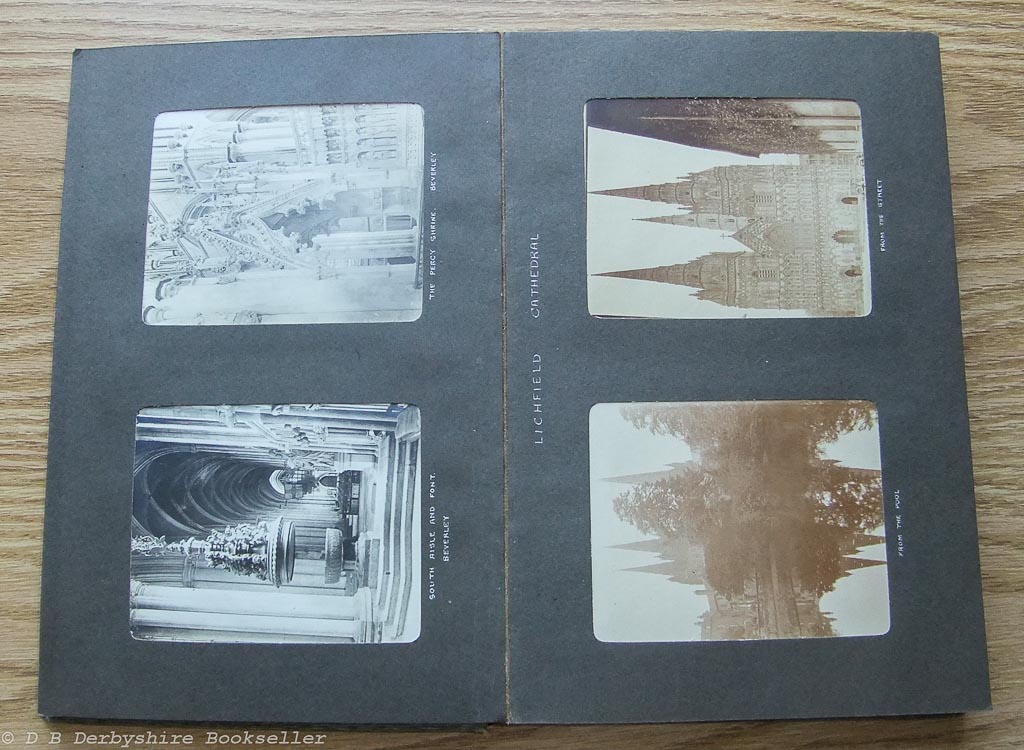 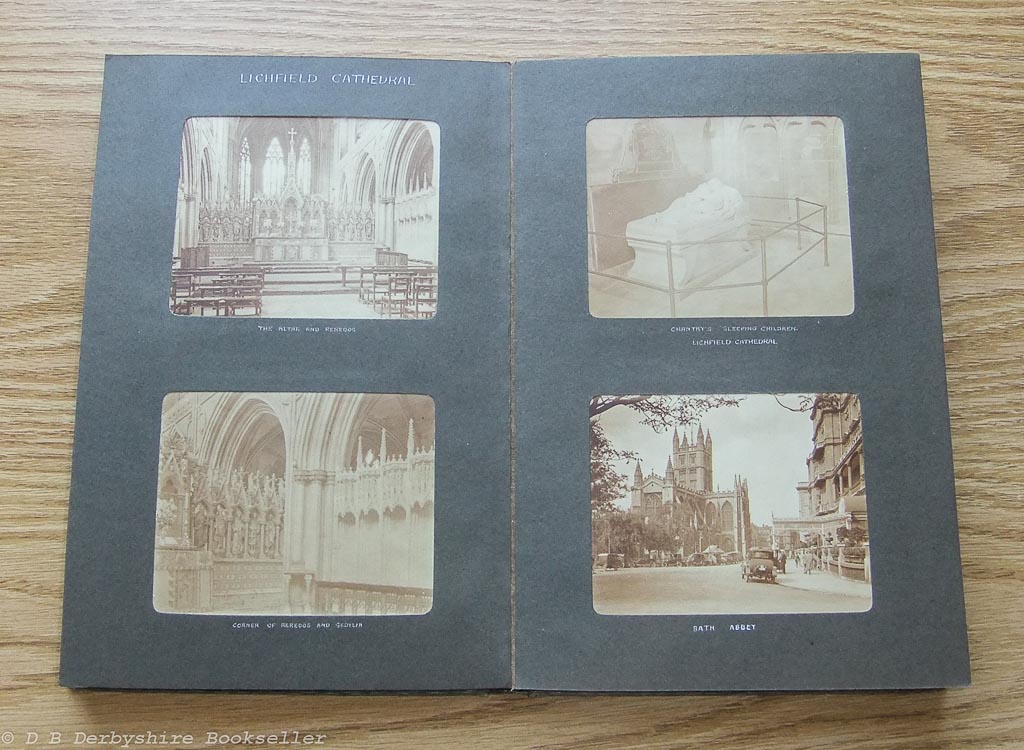 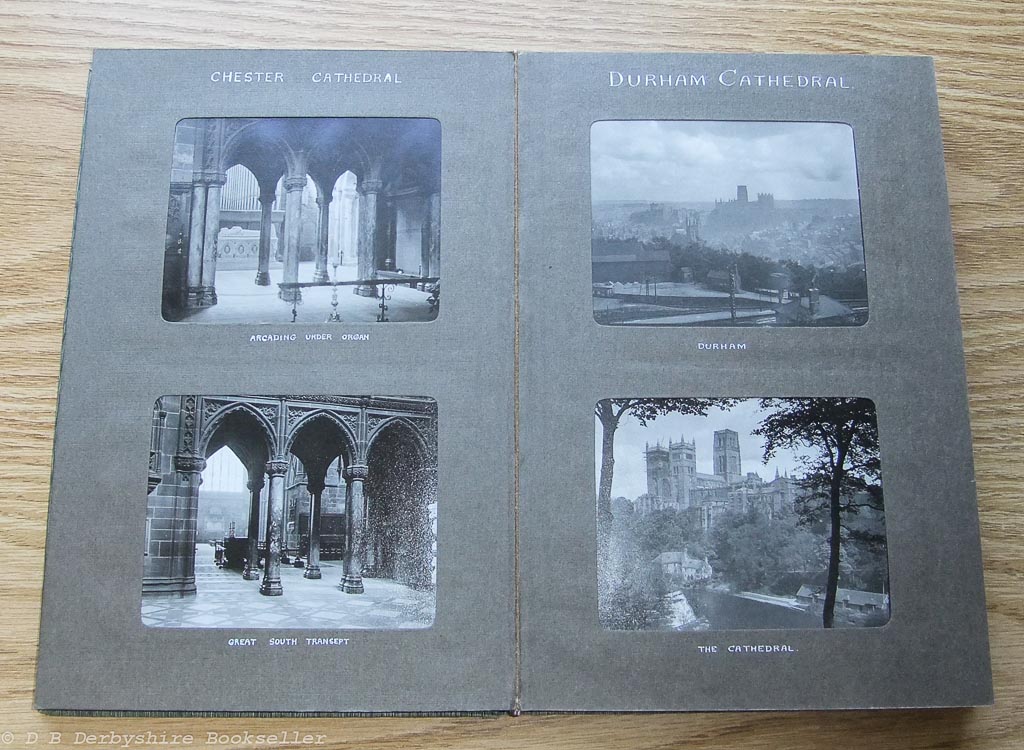 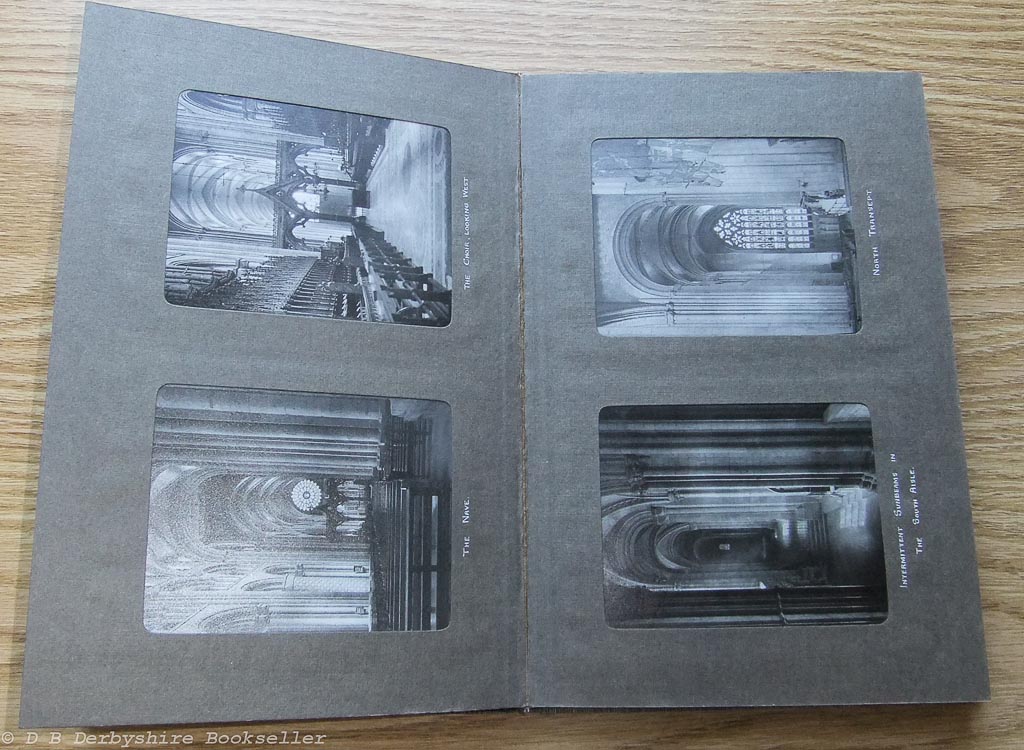 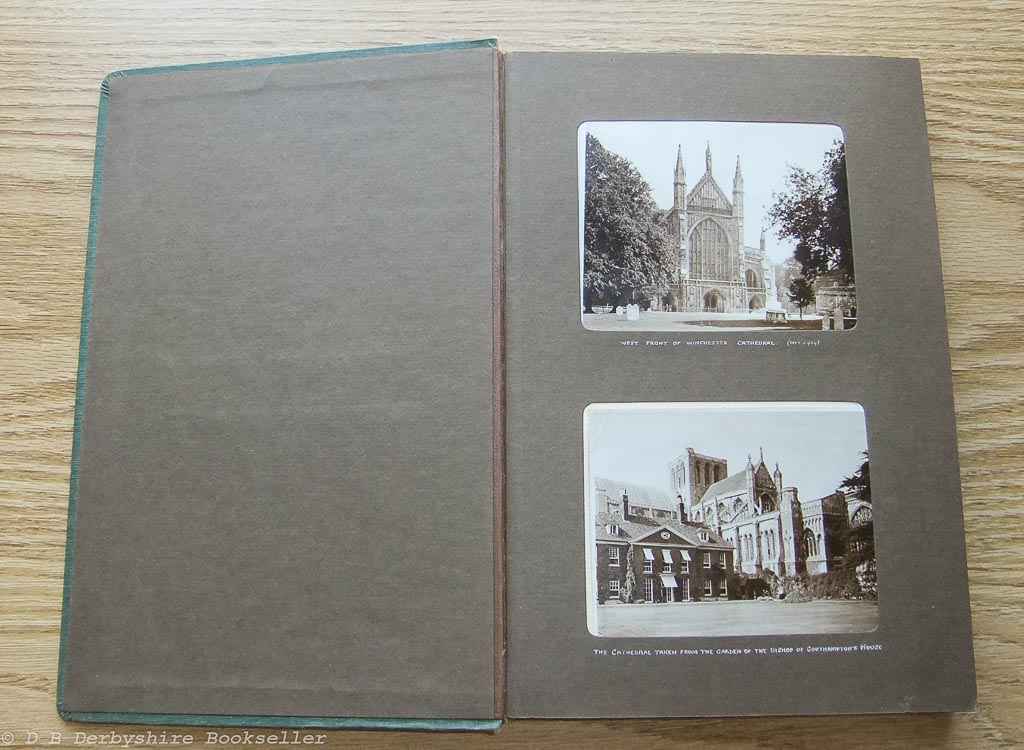 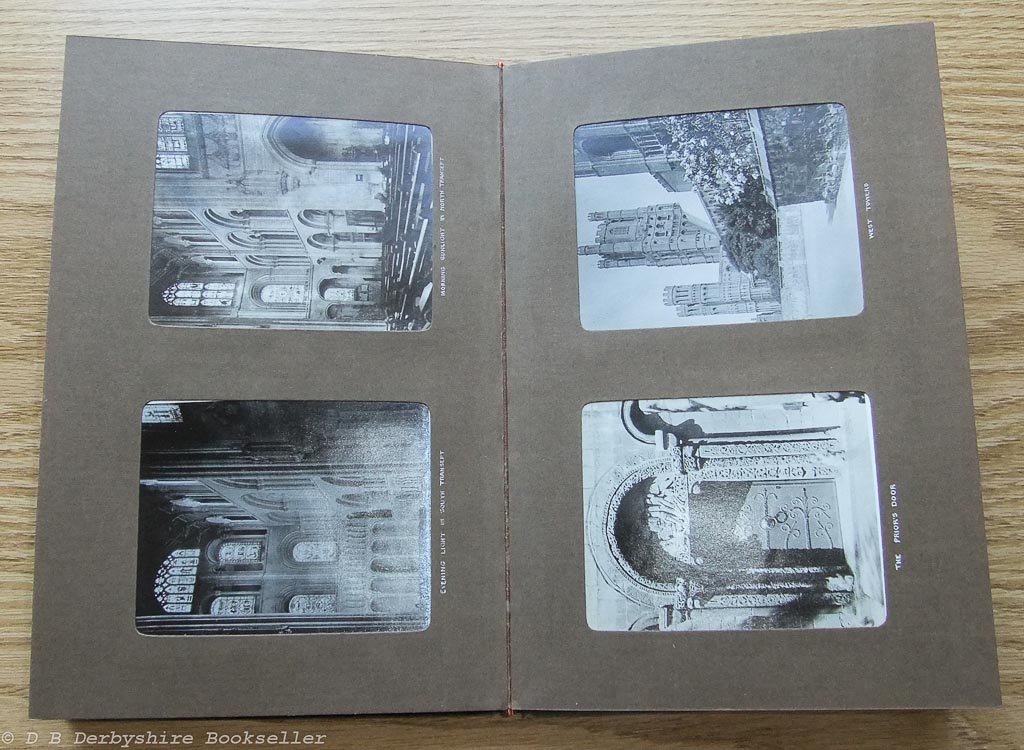 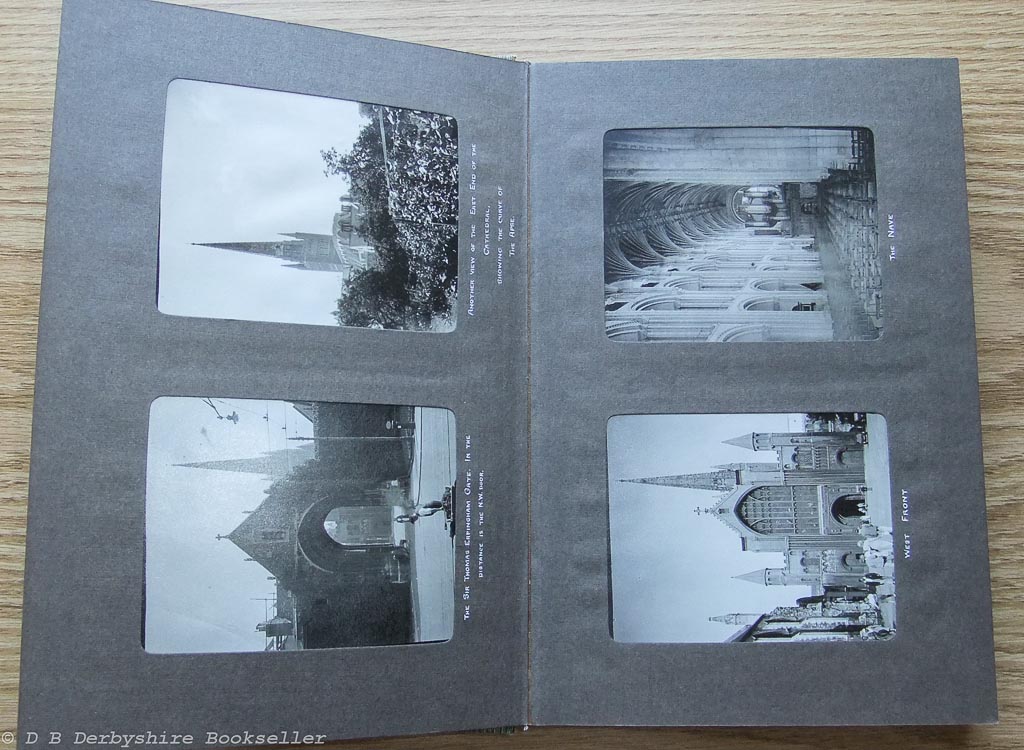 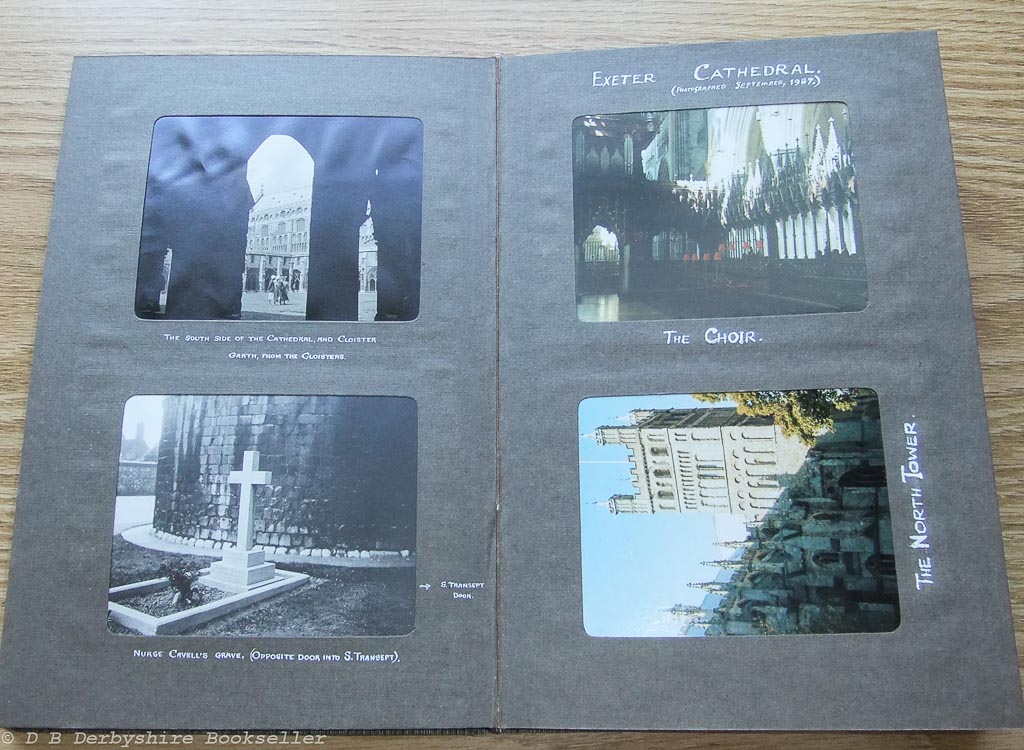 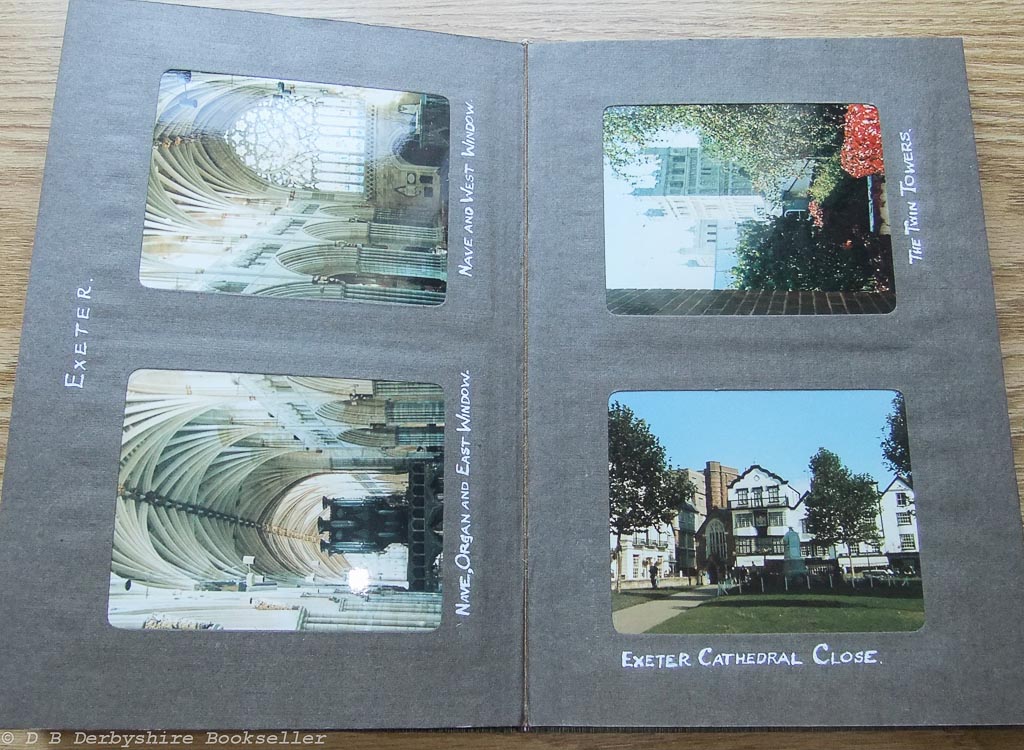 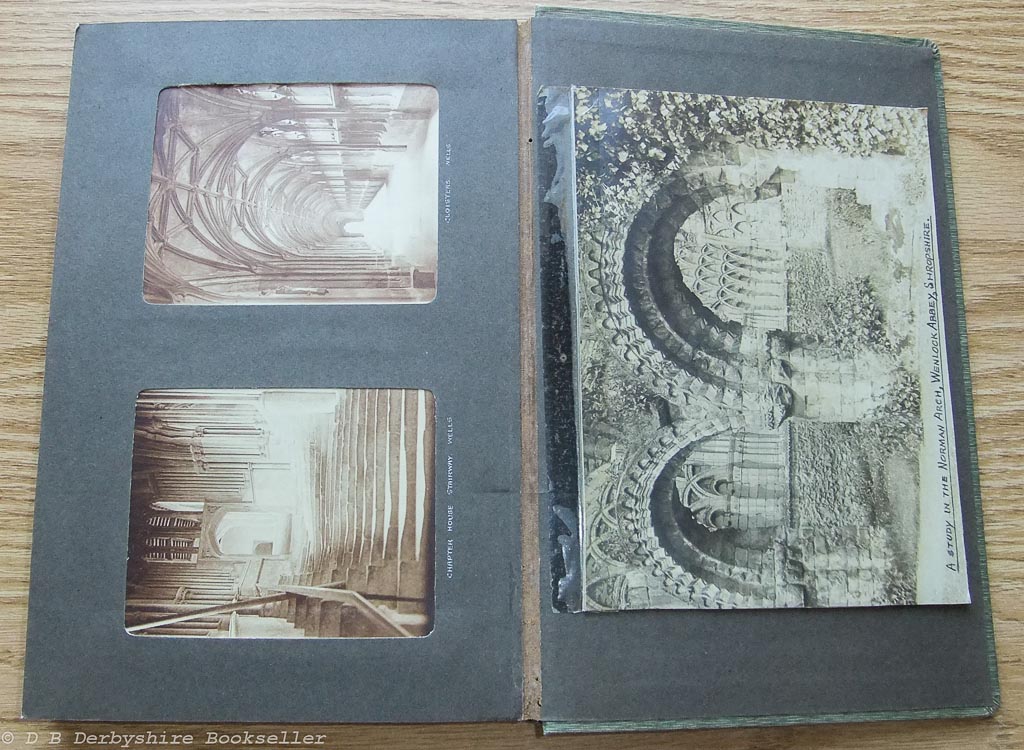 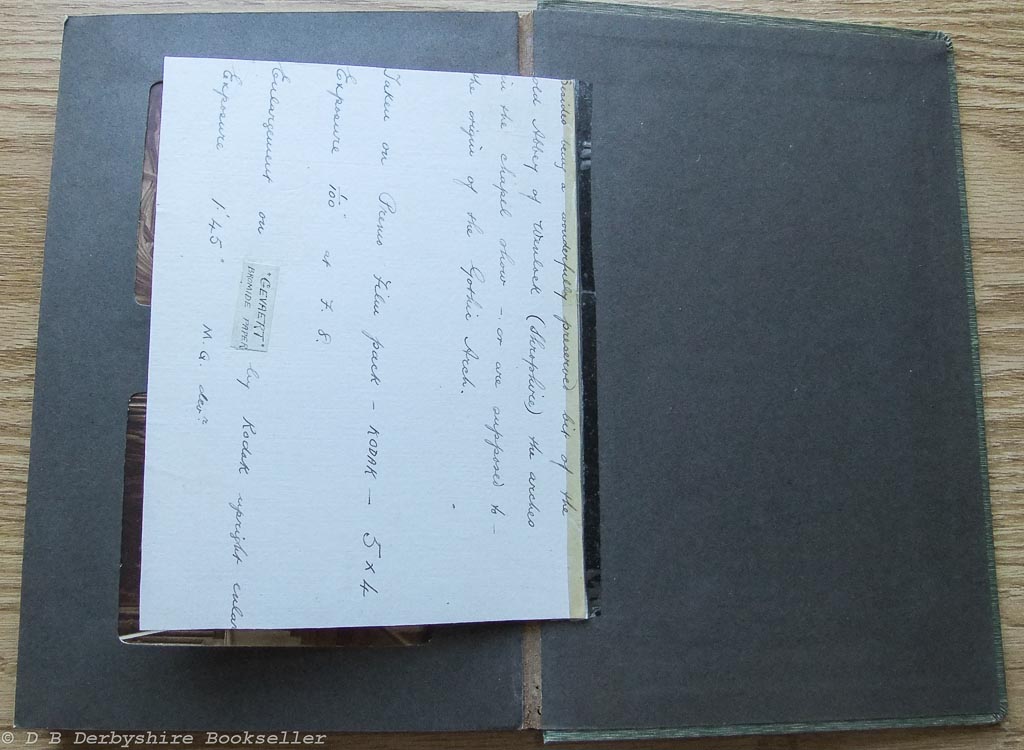