The Activities of Vickers Limited (Vickers, circa 1924) Publicity Brochure with Colour Plates 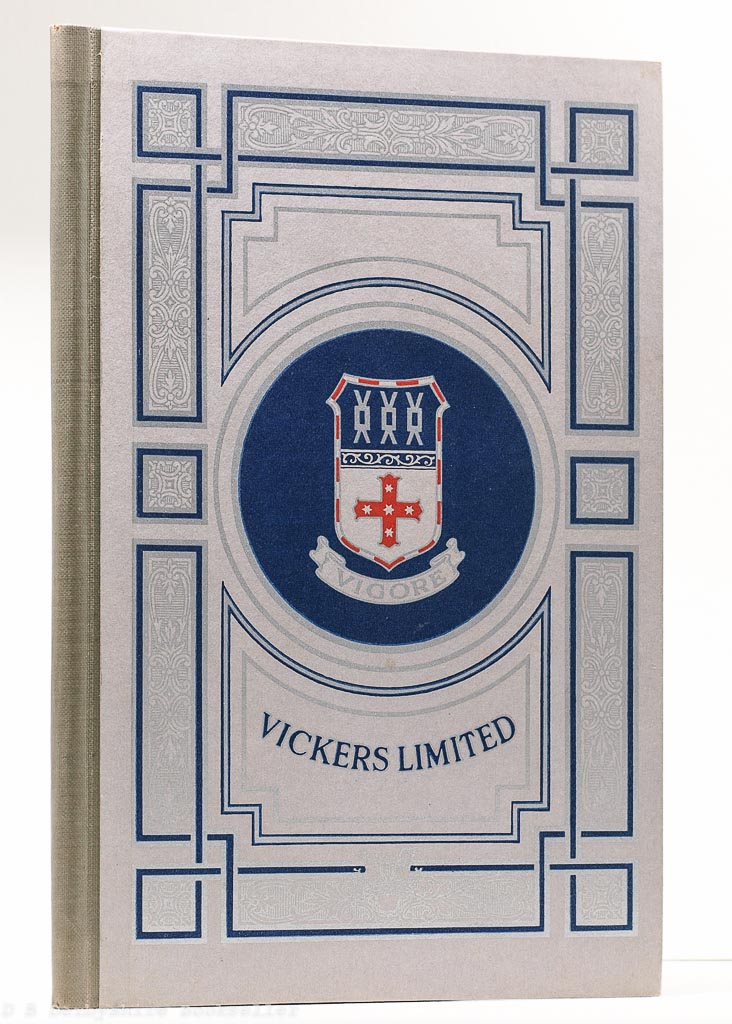 The Activities of Vickers Limited

Vickers, [Not Dated] circa 1924
Printed by The Broadway Press, London and Dartford

A nicely produced promotional brochure detailing the activities of Vickers. Includes the Naval Construction Works at Barrow-in-Furness, The River Don Works at Sheffield, and aircraft production at Weybridge. Well illustrated throughout including three tipped-in colour plates and a selection of reproduction advertisments to the rear. 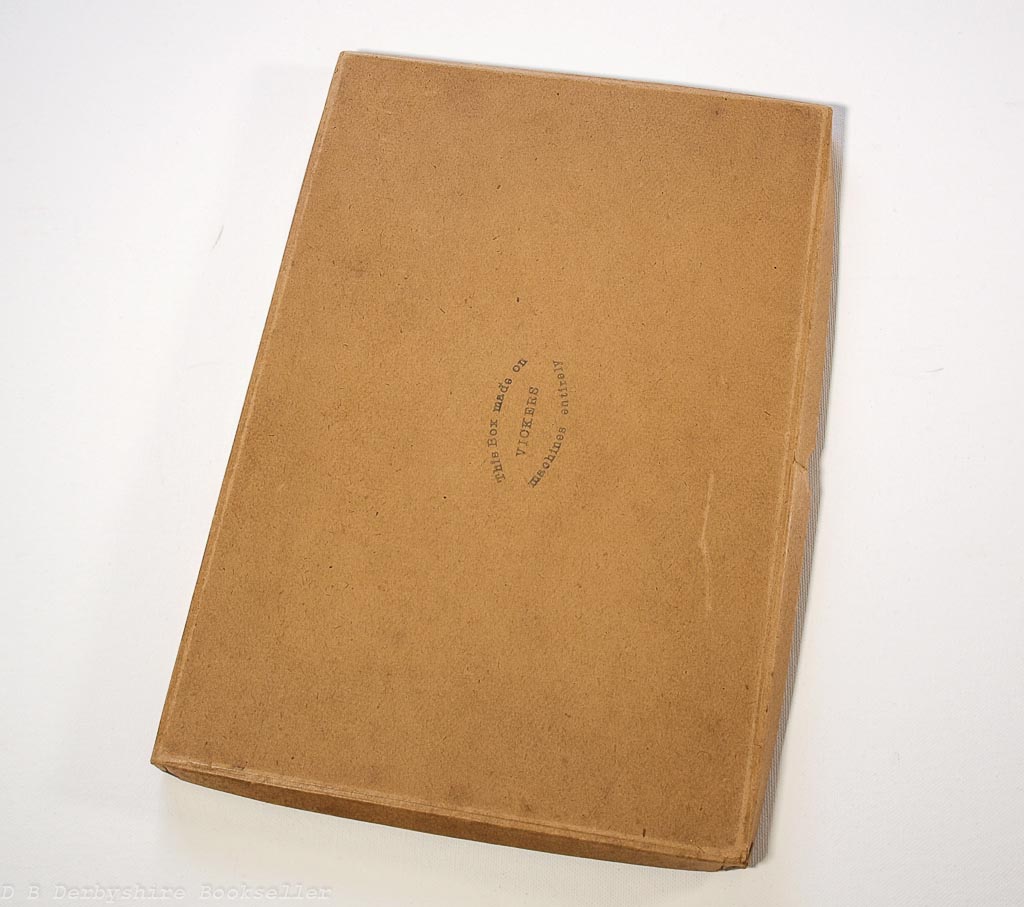 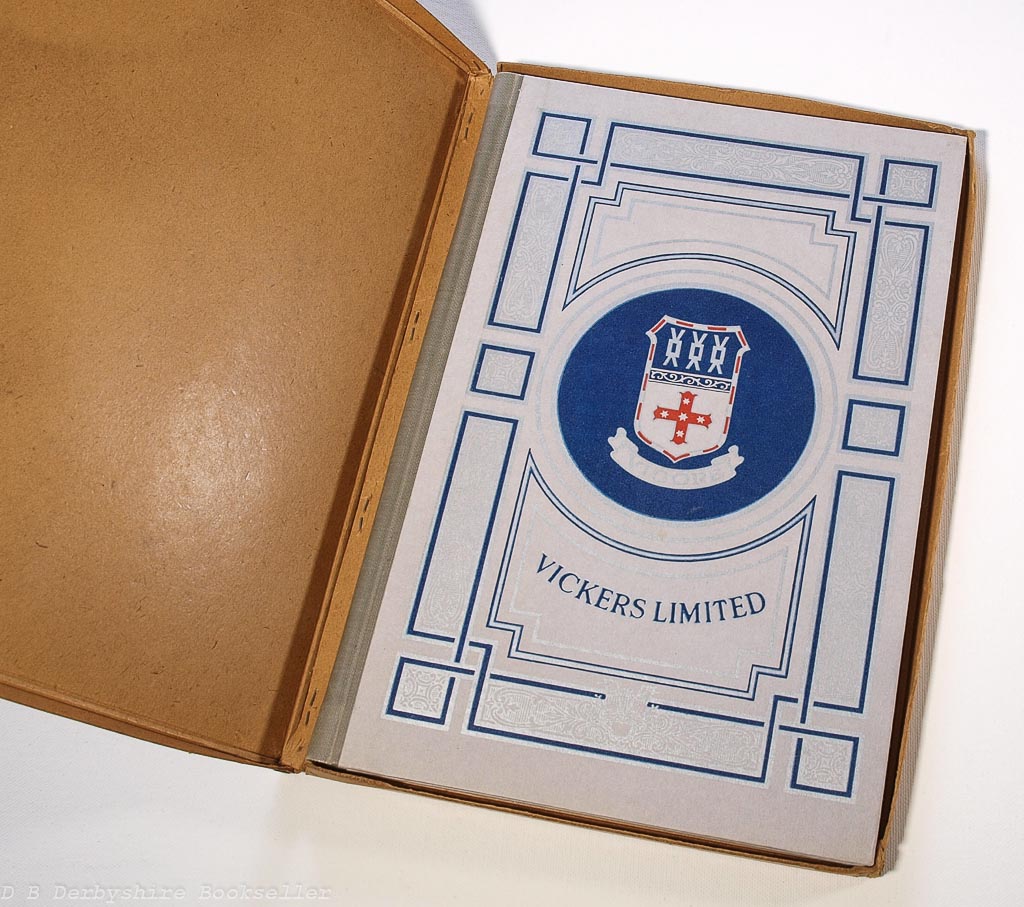 Not dated however the text would suggest the period May 1923 to 1927 when Vickers sold Wolseley Motors. Copies of the brochure were presumably still being distributed a good number of years post 1927 as evidenced by the list of neatly crossed out companies that were no longer under the control of Vikers

A quite superb copy and still presented in it’s original storage box; it would be hard to find a better example of this scarce publication. 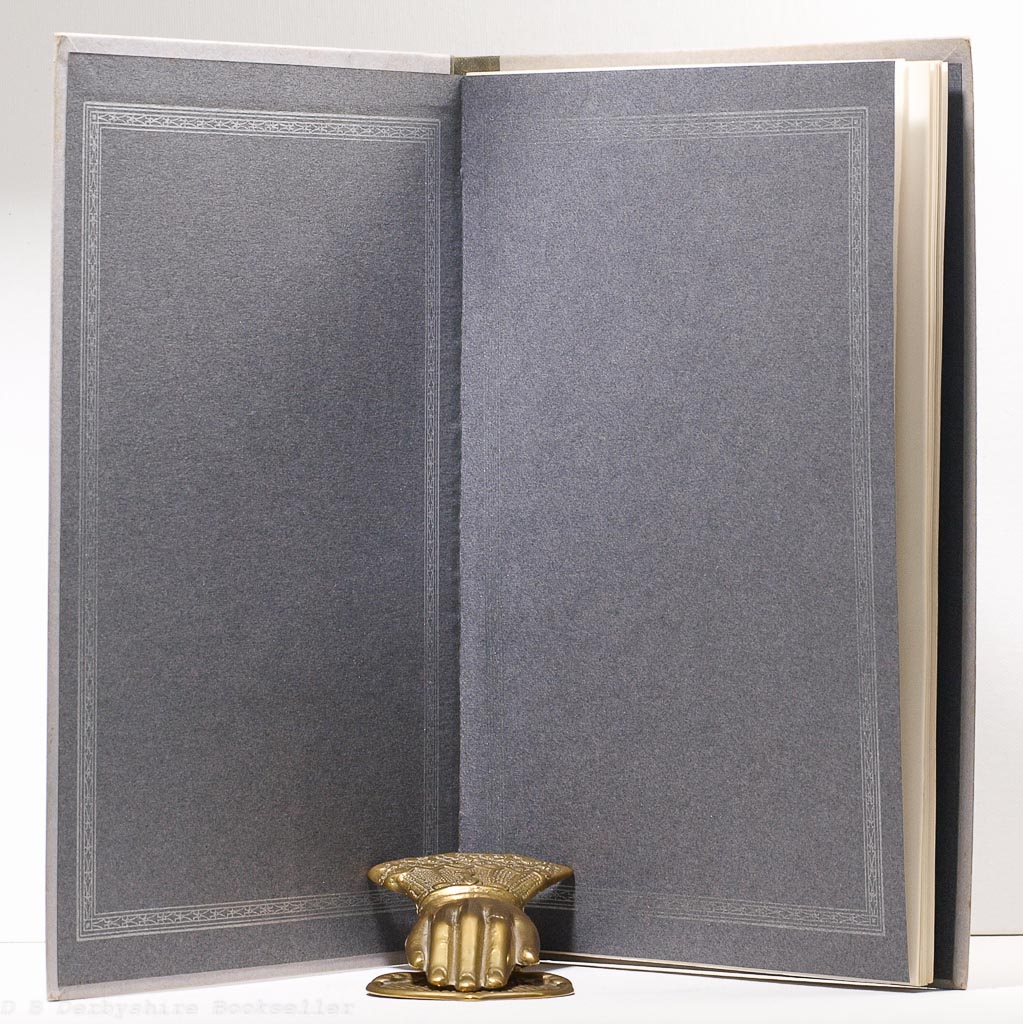 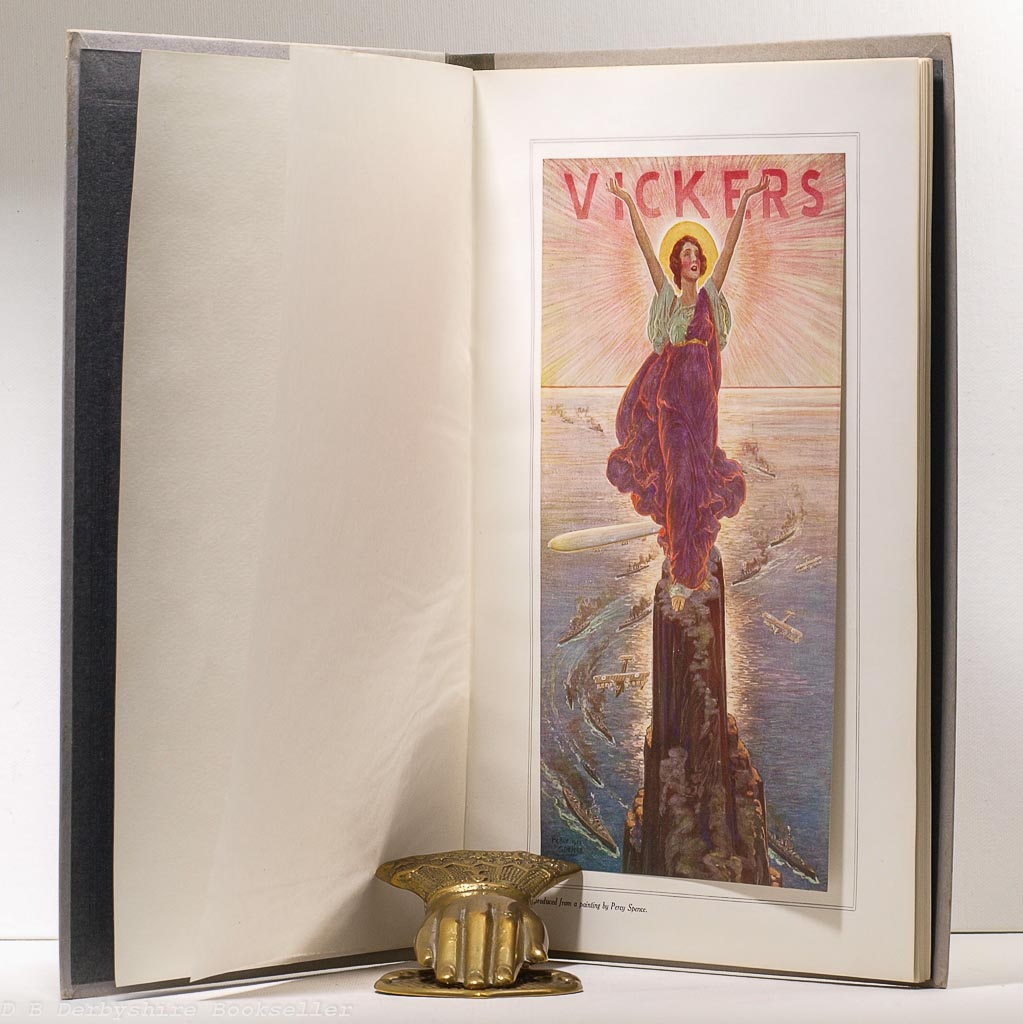 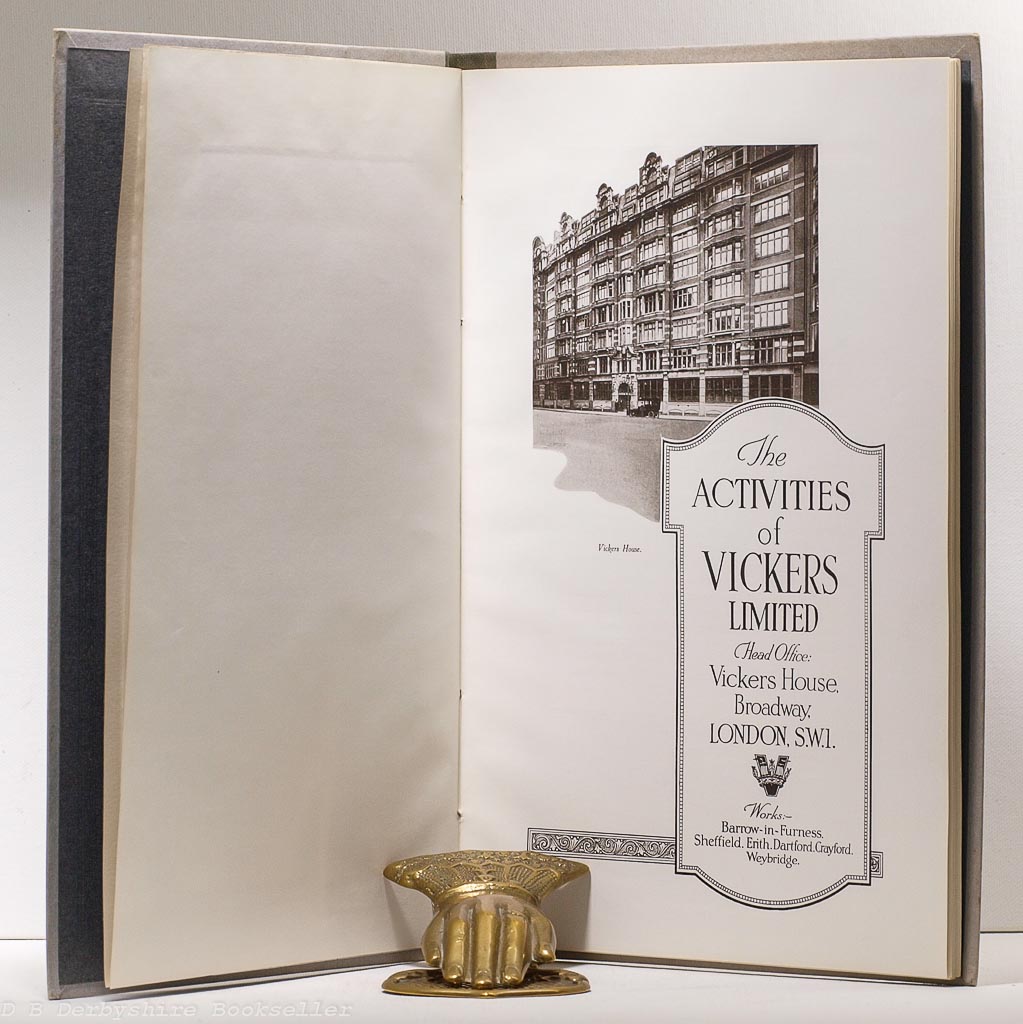 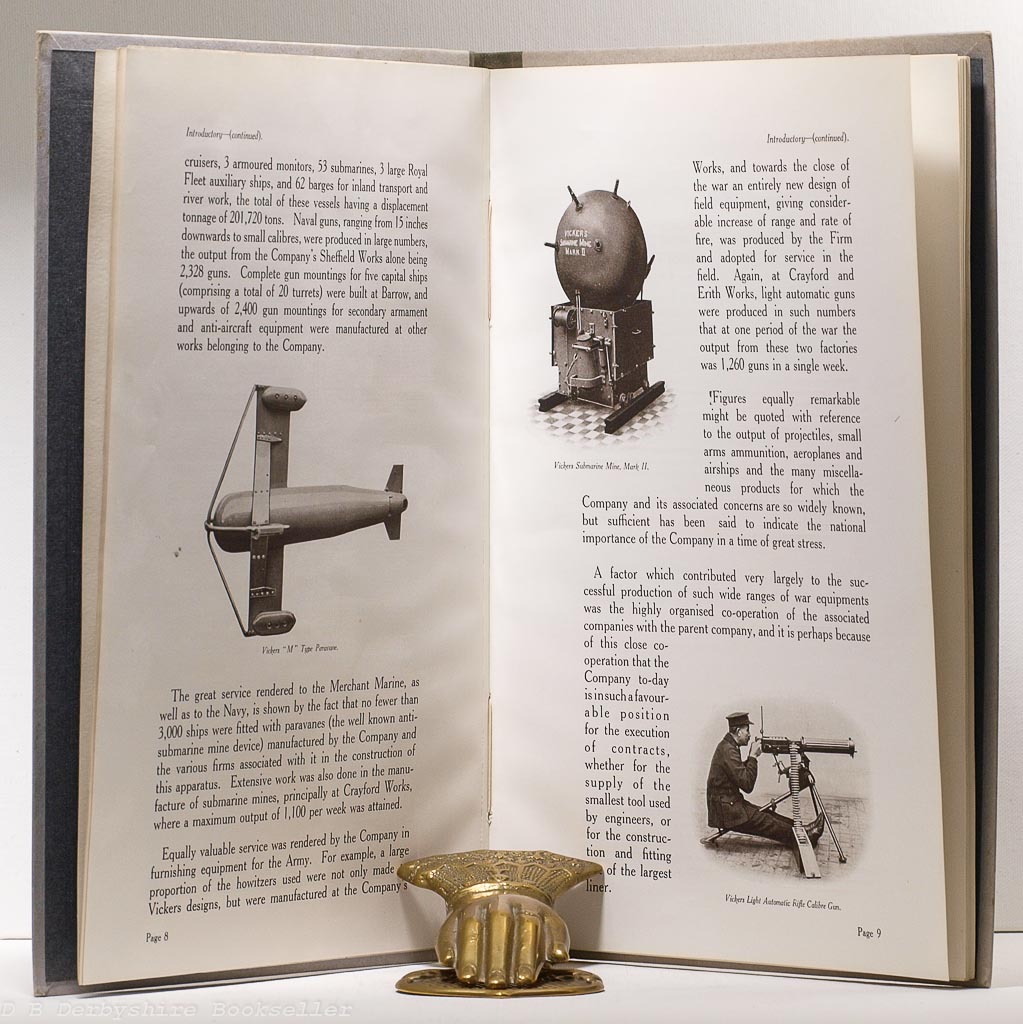 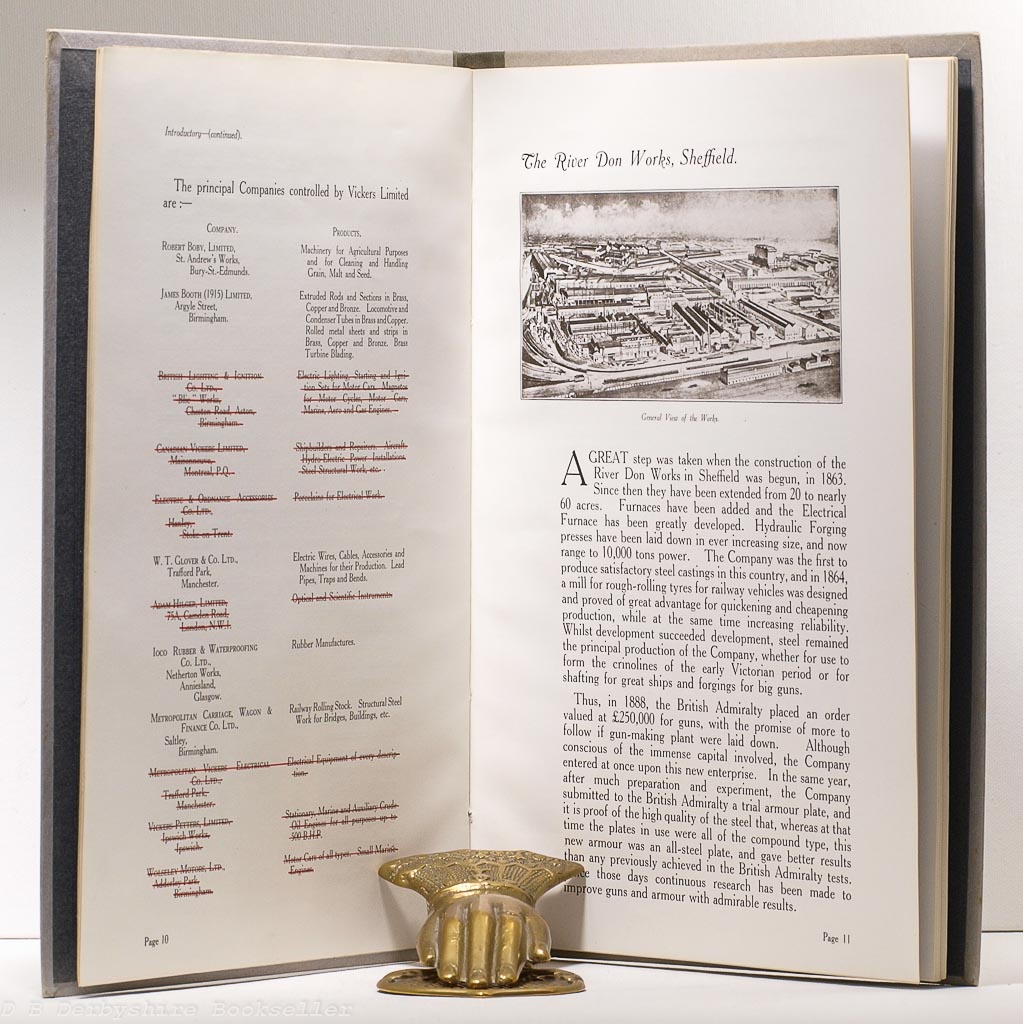 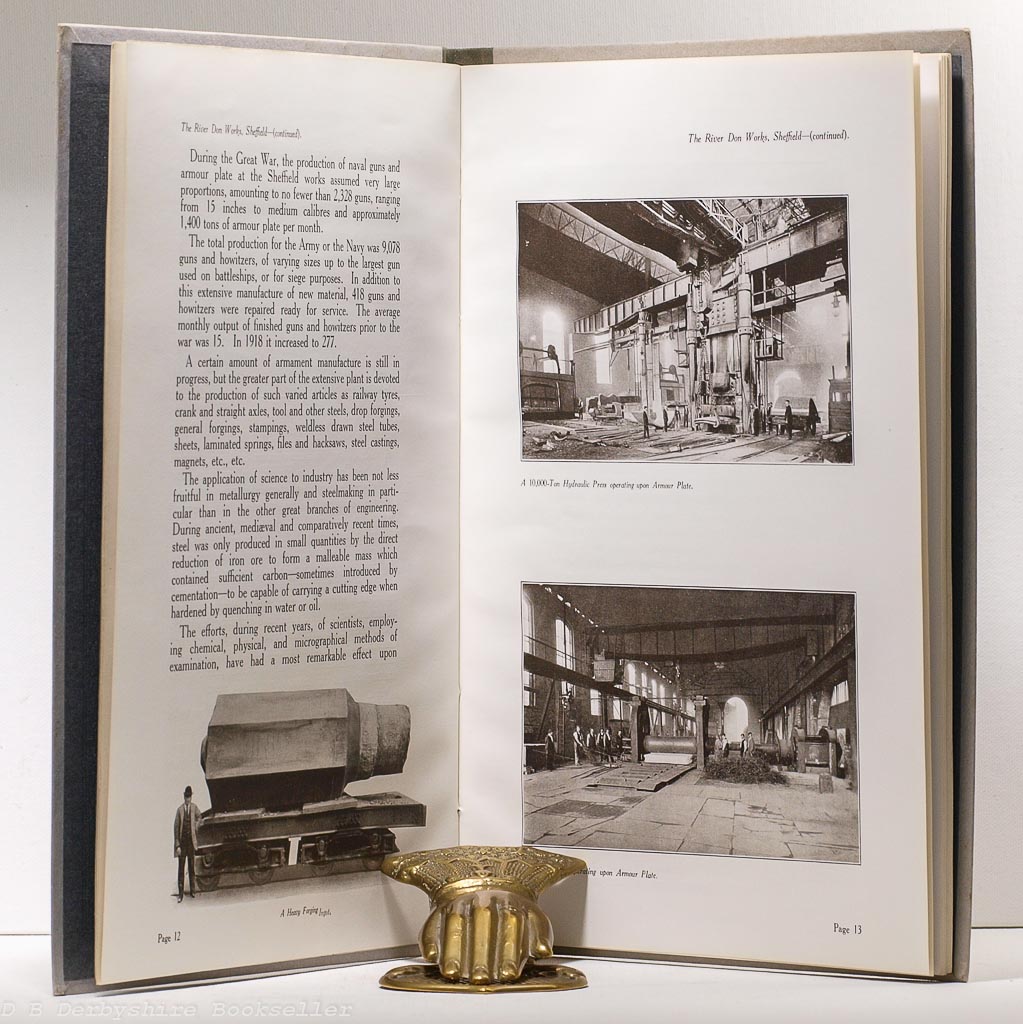 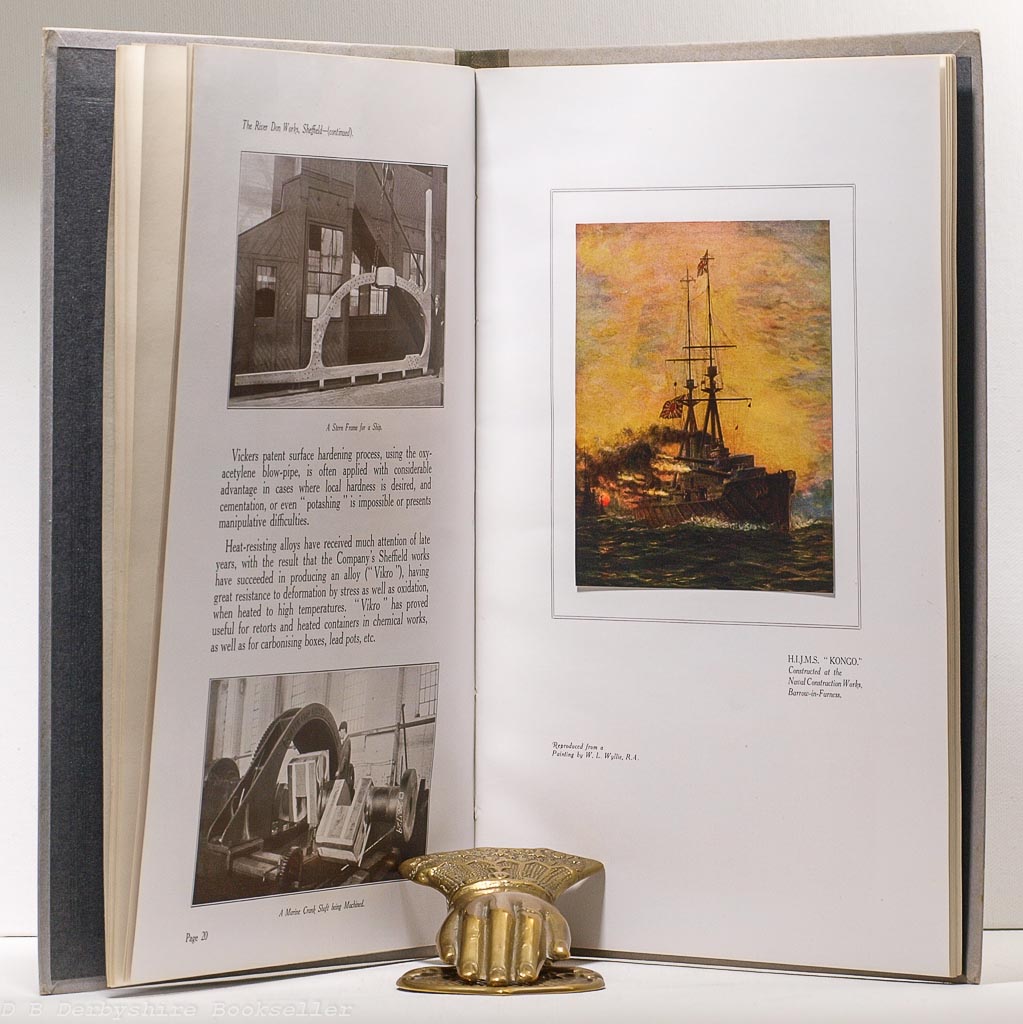 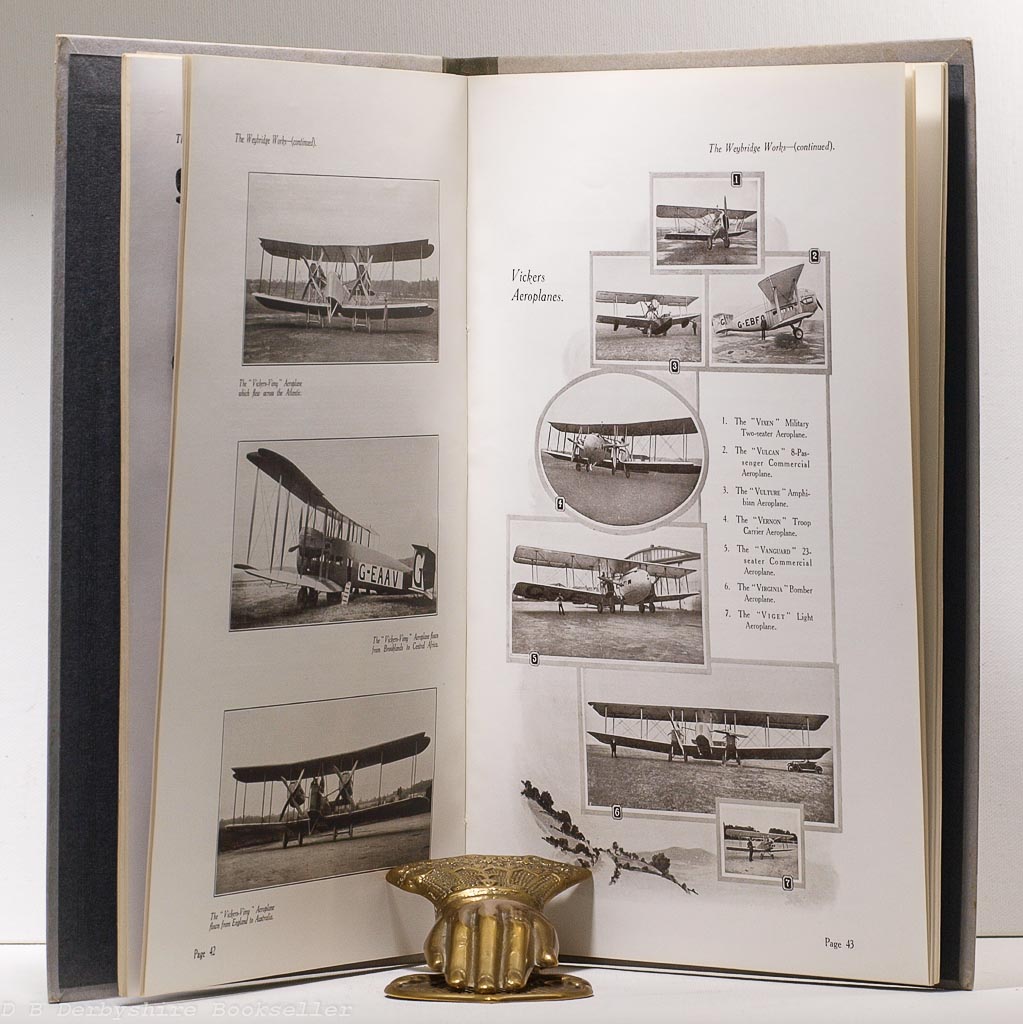 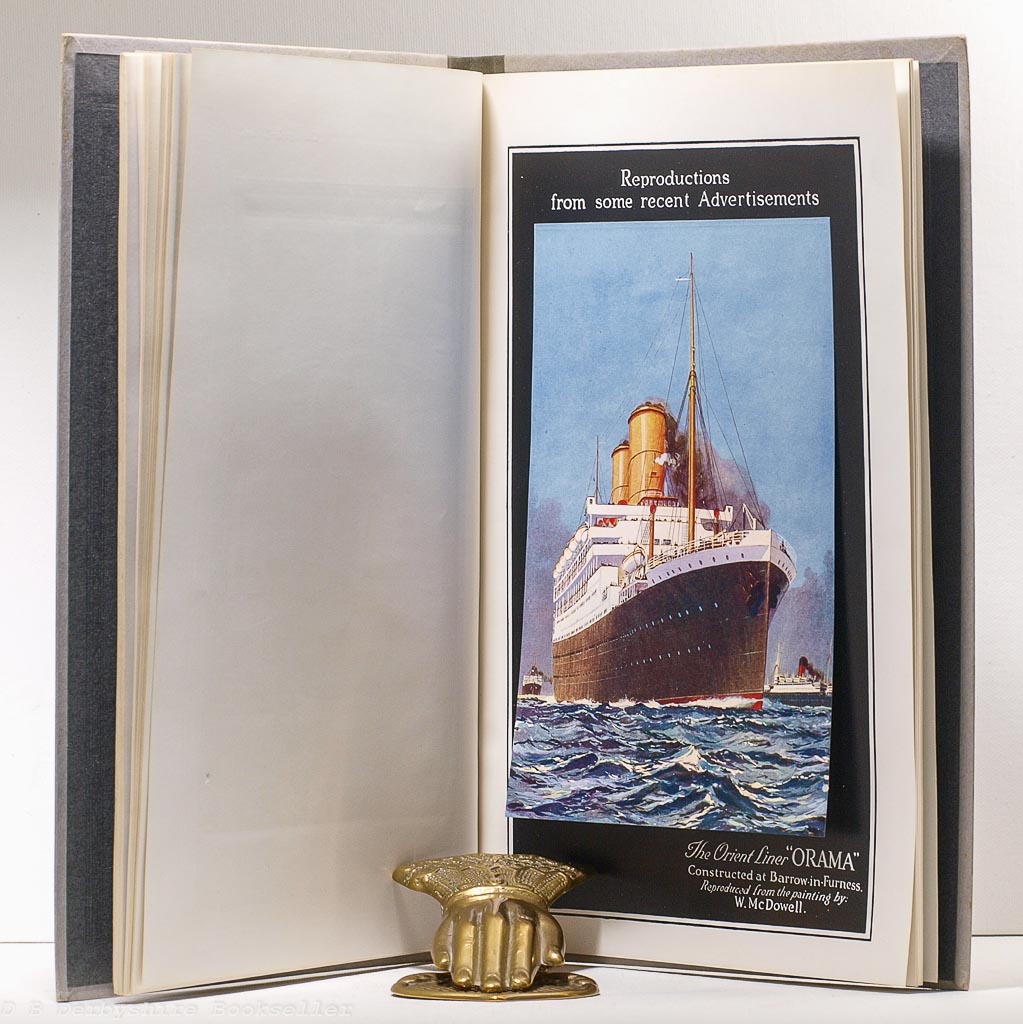 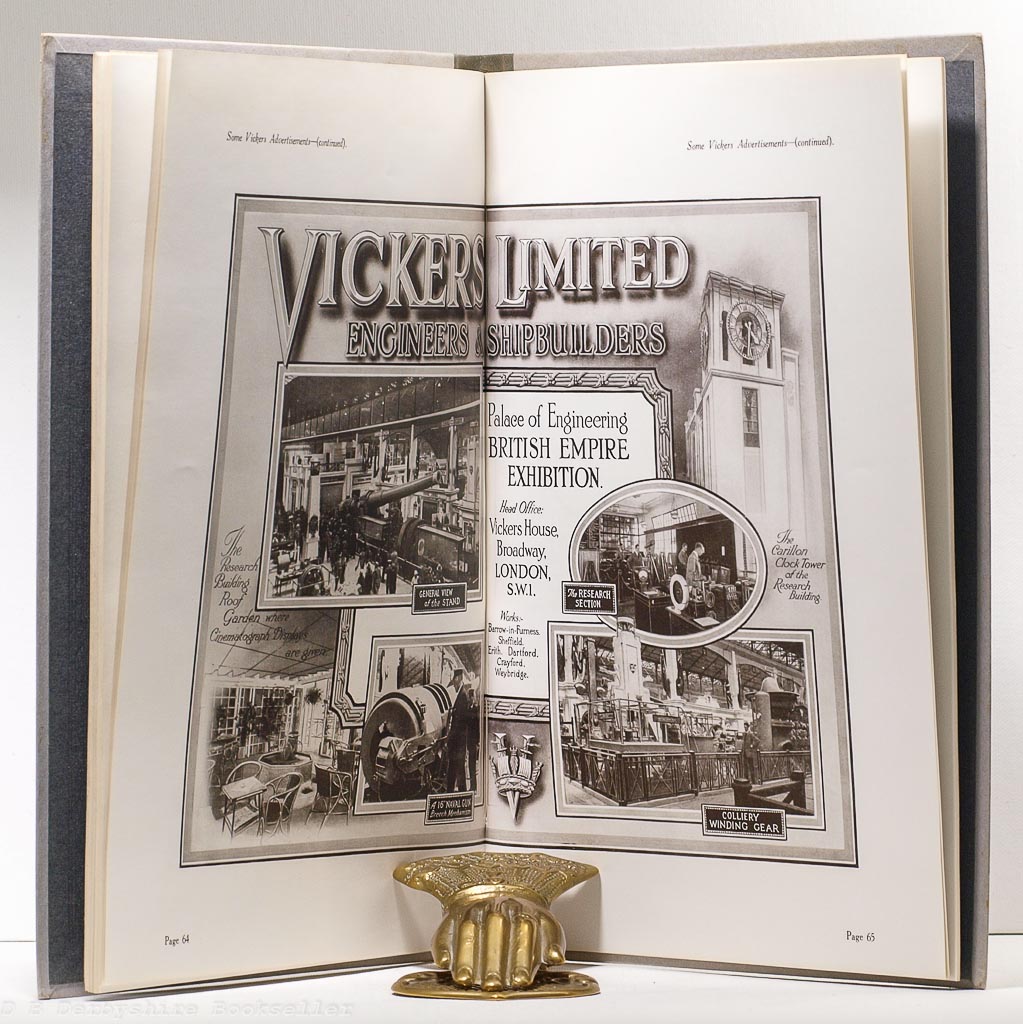 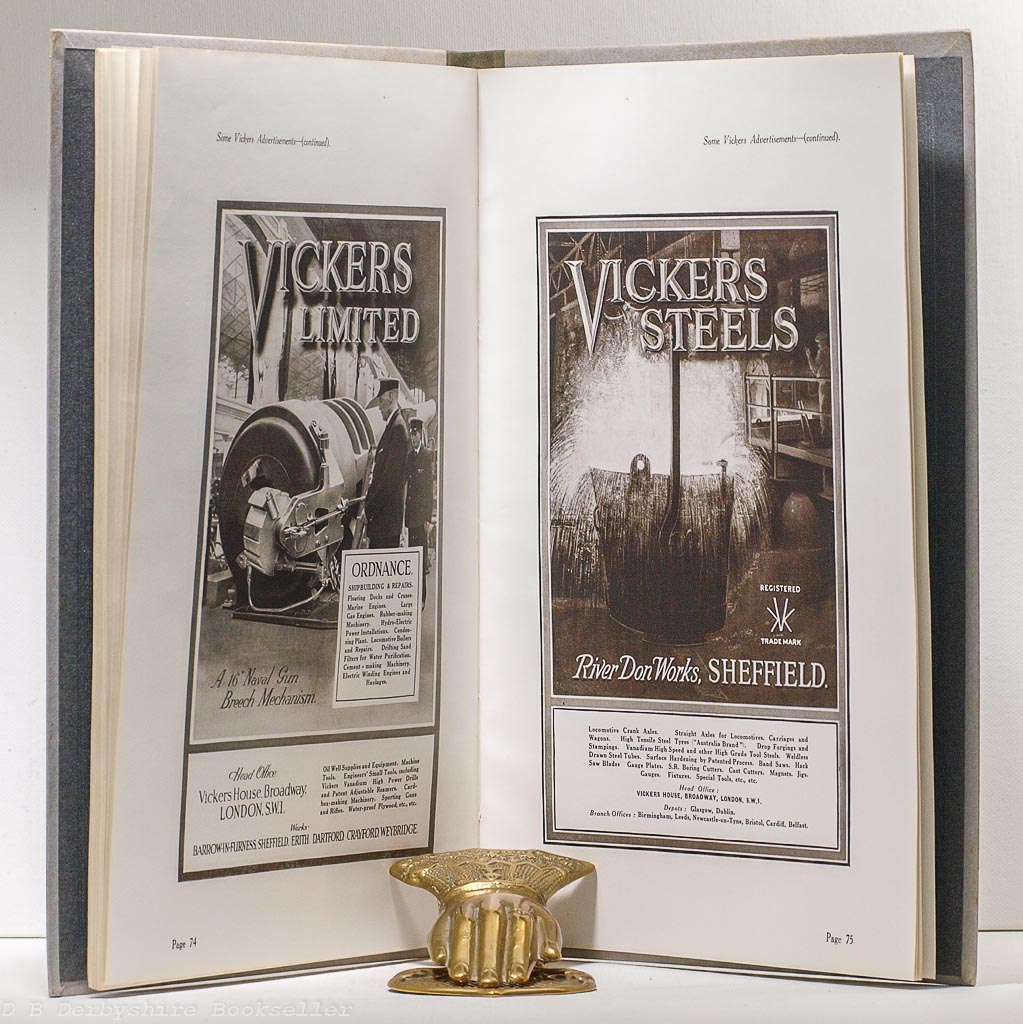