A Son of the People by Baroness Orczy (Hodder and Stoughton, circa 1916) Scarlet Pimpernel with dustwrapper 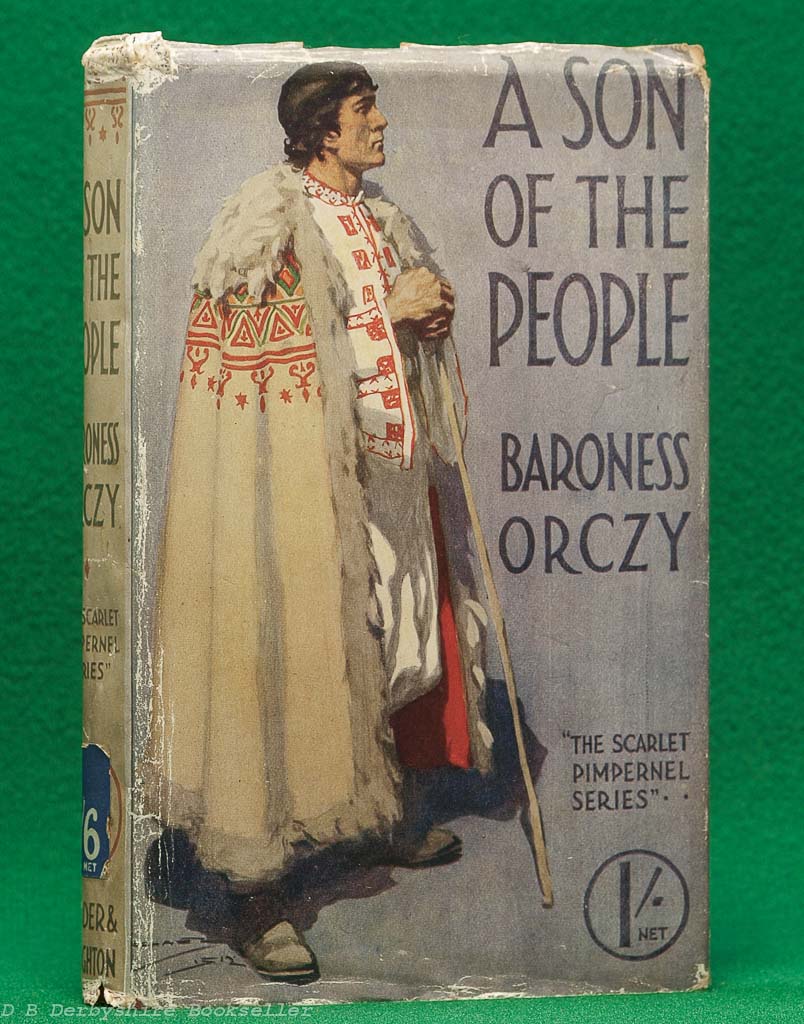 A Son of the People

Baroness Orczy
Hodder and Stoughton, [No Date] circa 1916

Although stated on the dustwrapper and implied by the list of titles in the book, ‘A Son of the People’ isn’t a story in the Pimpernel series but an historical romance set in Baroness Orczy’s native Hungary.

Originally published in 1906, this copy a later reprint. Not dated, however the list of titles including ‘Leatherface’ would suggest circa 1916.

The dustwrapper is dated 1915 / New Volumes For 1915 / to rear panel and although this oversized dustwrapper probably shouldn’t be with the book, it does however look and feel original, that is, placed there by the publisher. 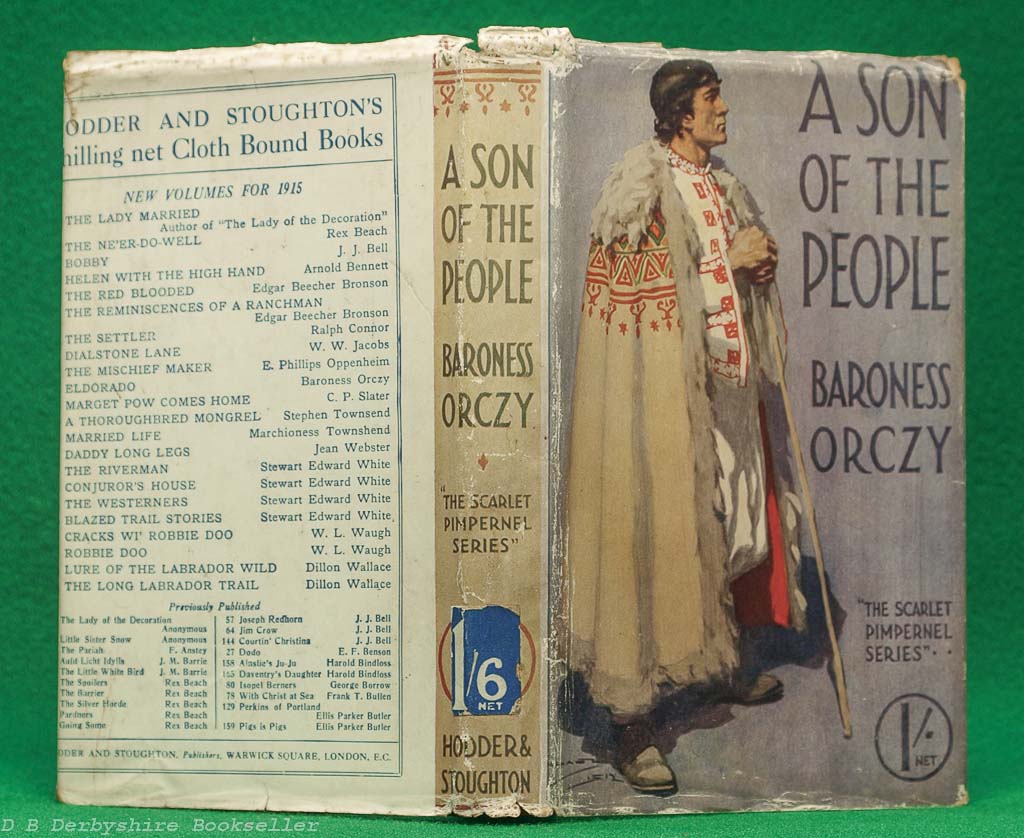 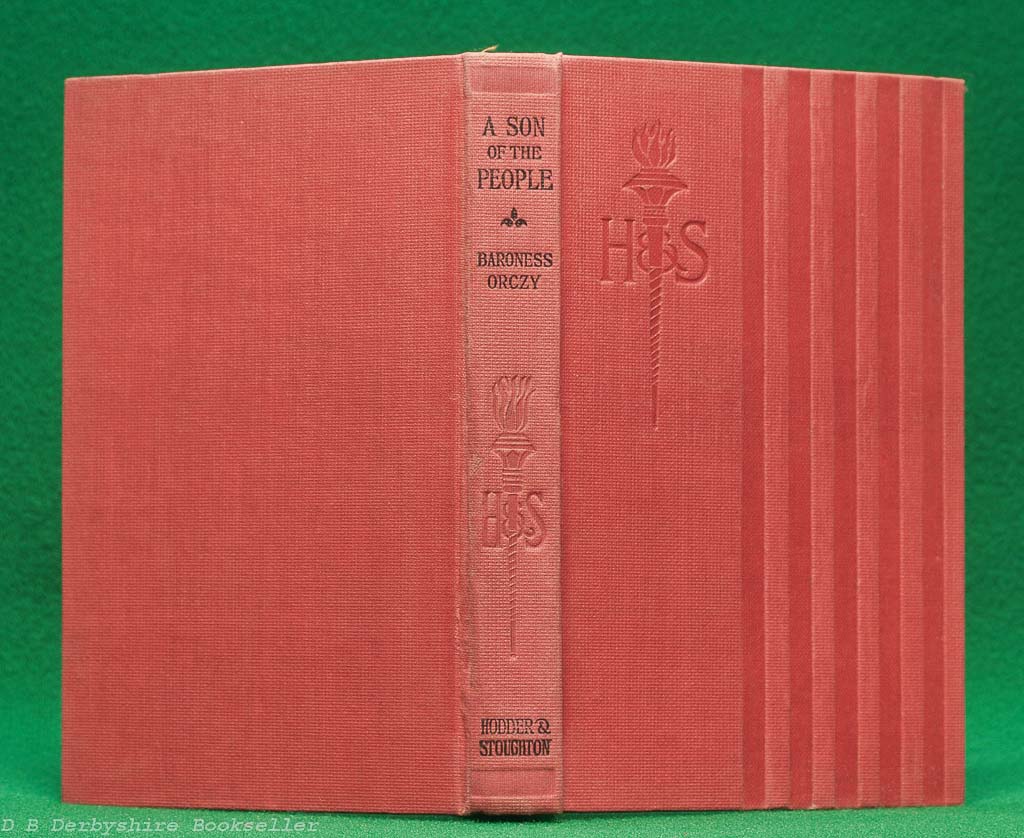 Overall, showing wear but otherwise a nicely preserved copy – uncommon to find with an early dustwrapper. 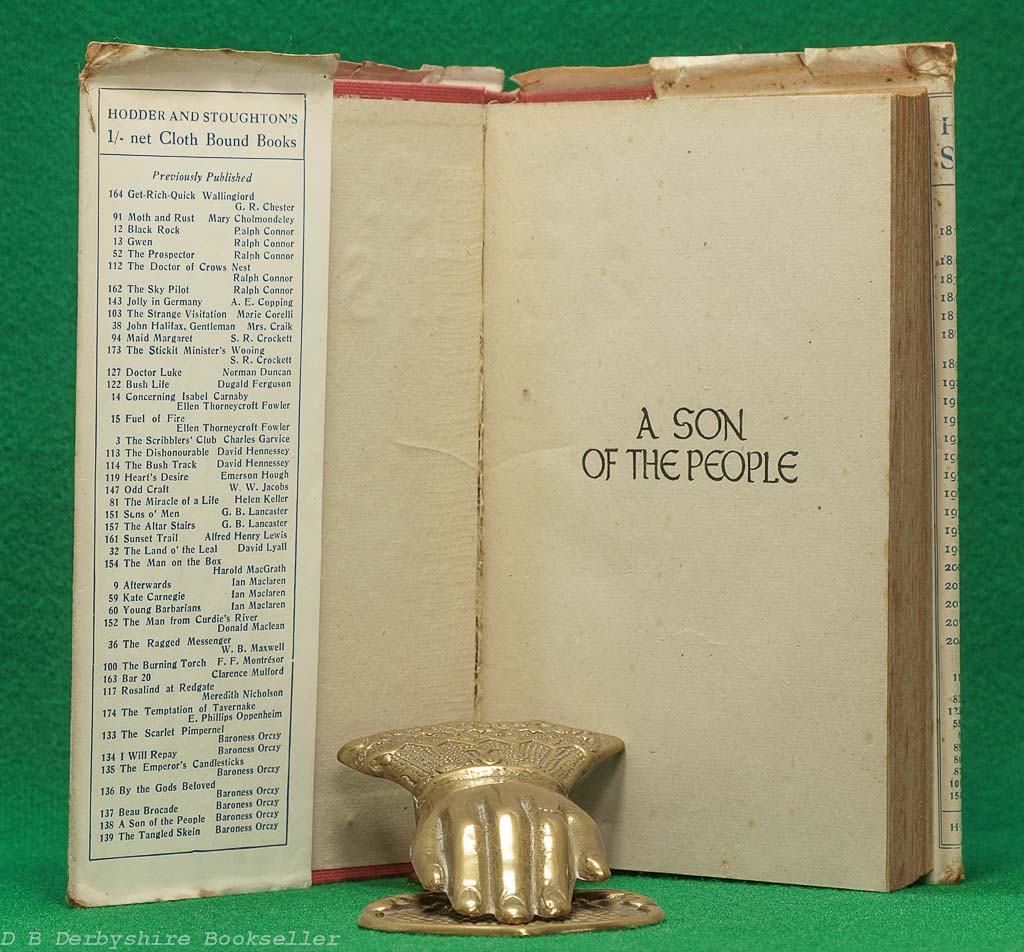 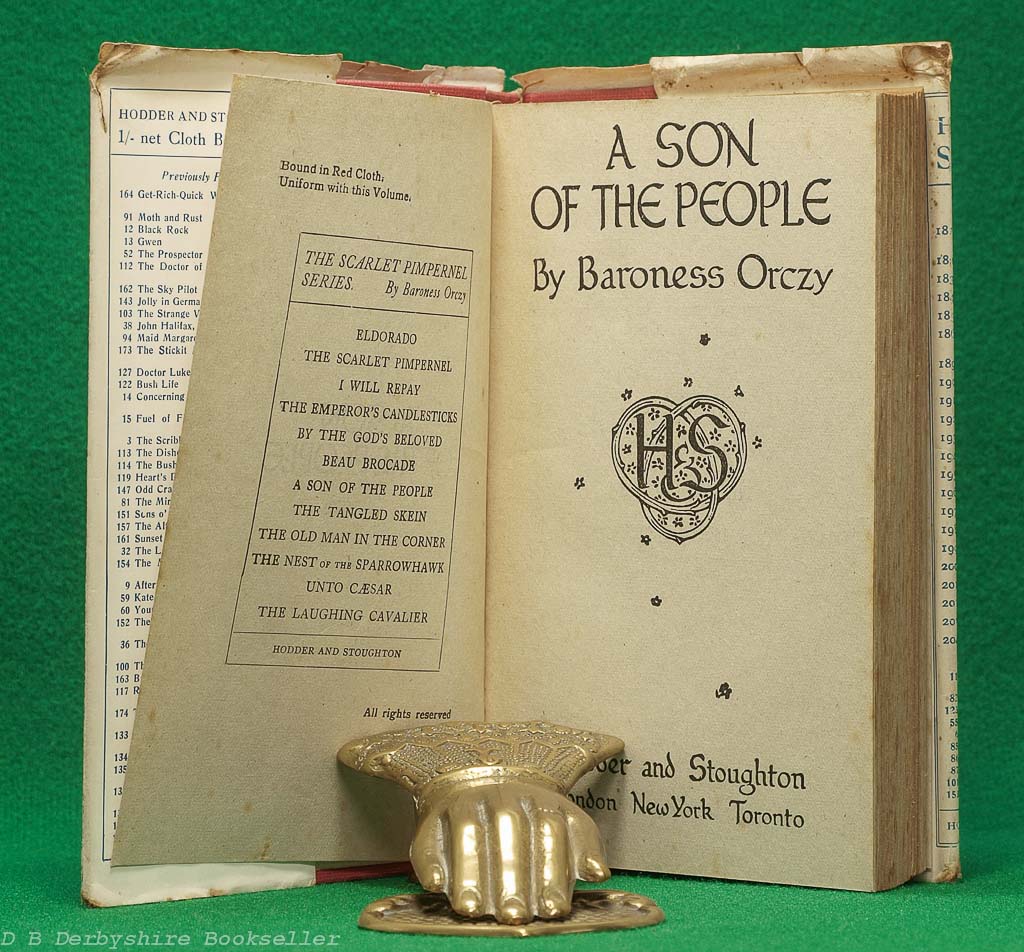 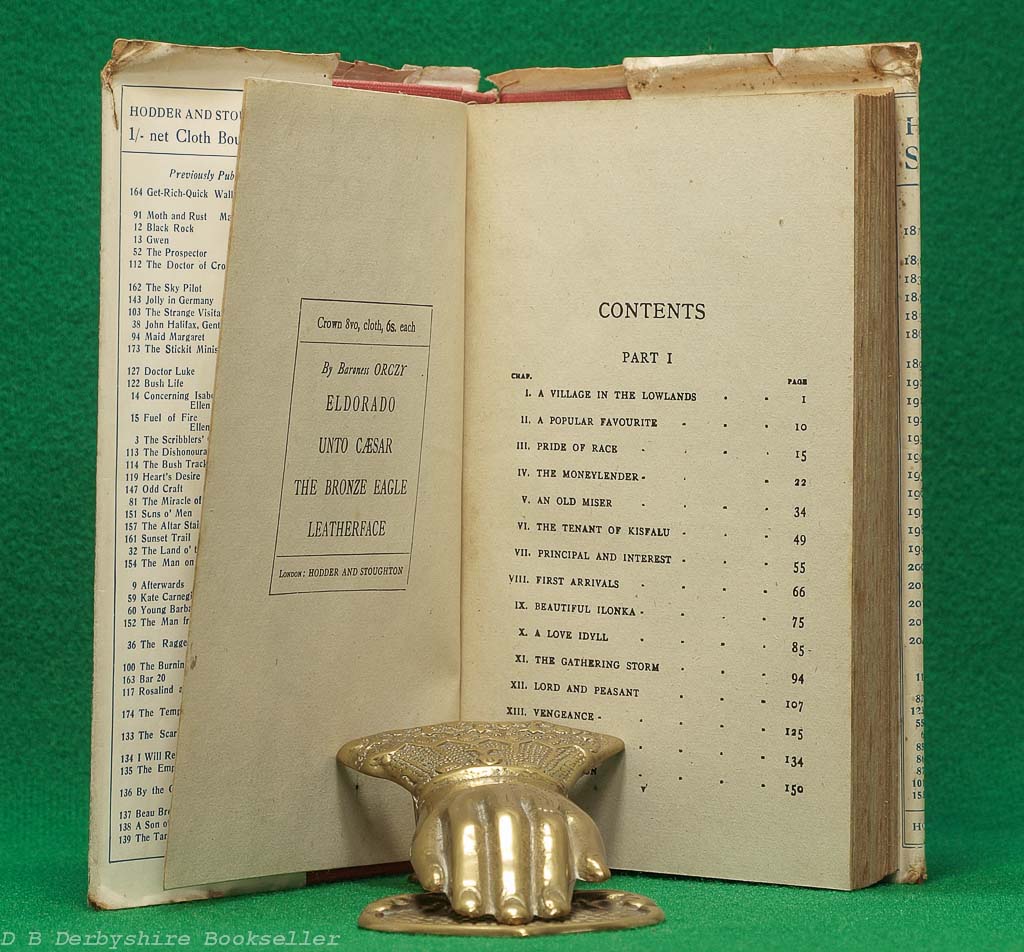 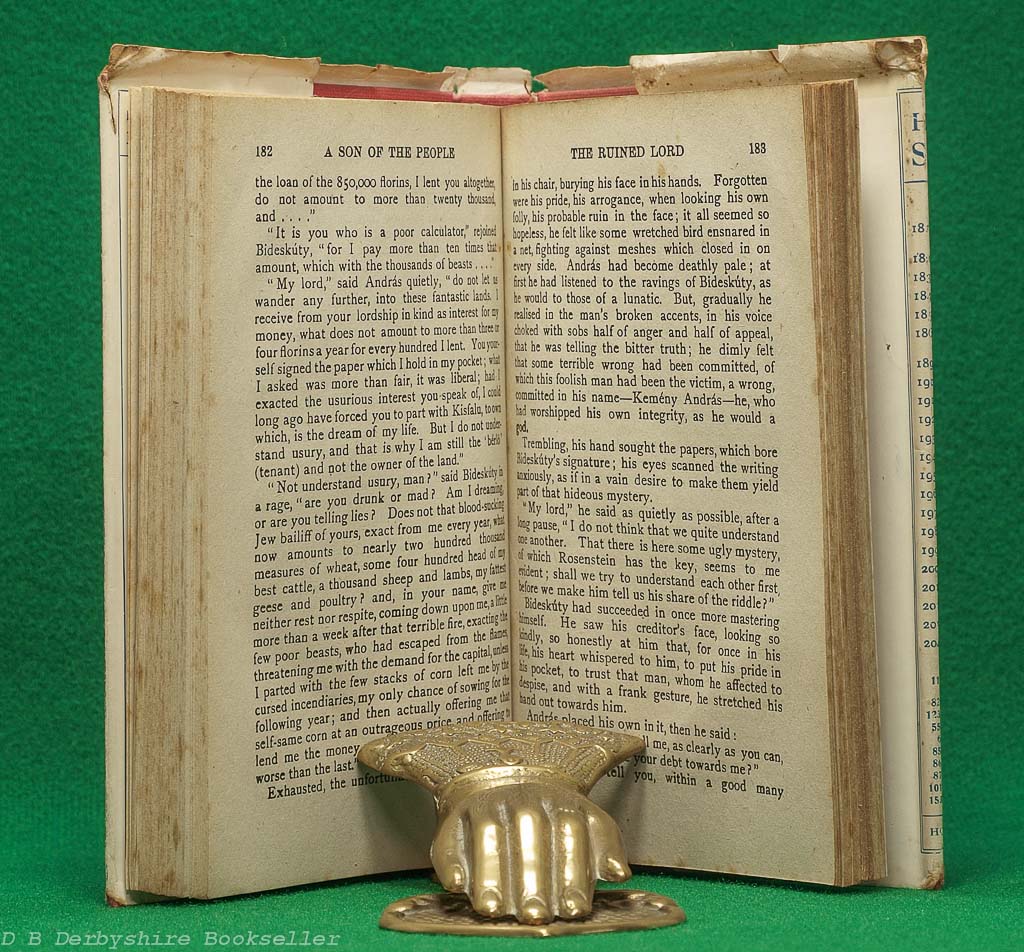 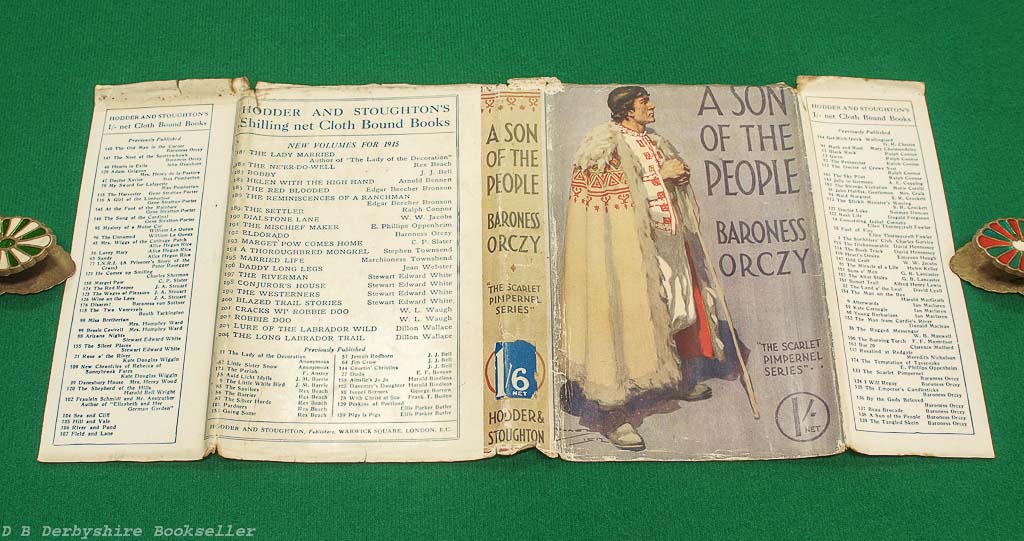 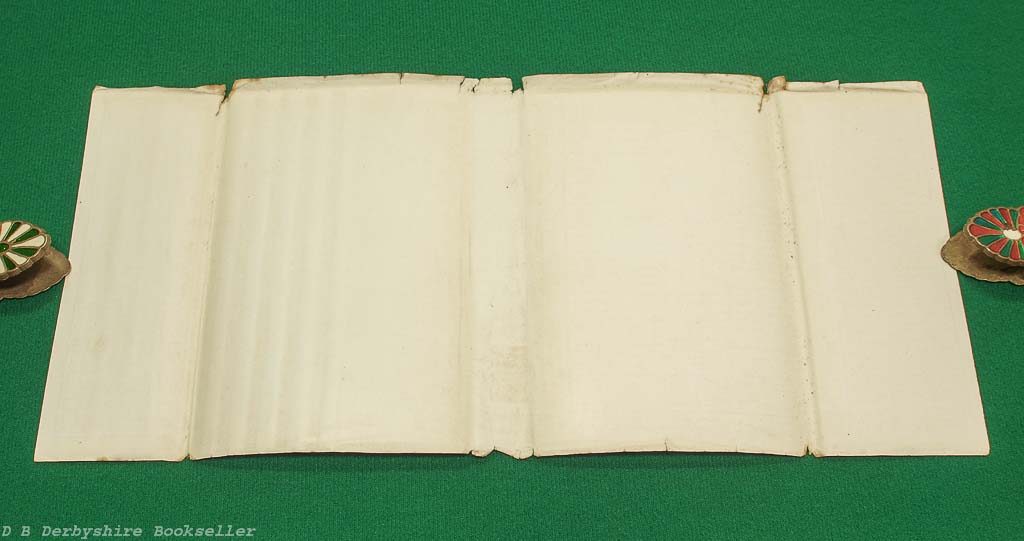